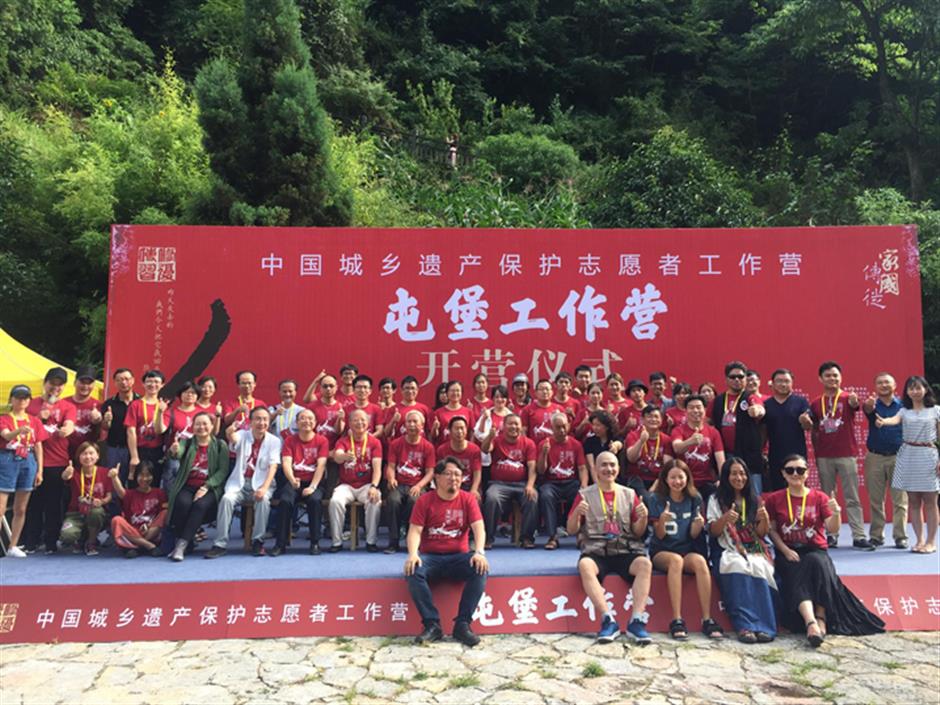 A group of people from all over the world are helping to protect cultural heritage in a small village in southwest China’s Guizhou Province.

Founded in 2014 by Guizhou-based architect Yue Jian, the Tunpu Work Camp recruits volunteers from all over the world and all walks of life, including carpenters, artisans, architects, designers and even ordinary white collar workers, to help repair local residents’ houses in Yunshan Village of Guizhou.

“Launching the work camp can awaken the local people’s recognition of the value of the village,” Yue said.

The village used to serve as a military fortress back in the Ming Dynasty  (1368-1644). It is reminiscent of a stone castle with stone houses, stone streets, and stone walls.

The houses in the village are mostly quadrangle structures, similar to the quadrangle courtyards of regions to the south of the Yangtze River.

Due to military needs and purposes, the streets and buildings inside the village form a dense layout, guaranteeing villagers can help each other within a short space of time.

The walls facing the street have small windows, not only to provide natural lighting, but also for spying during military activities in ancient times. 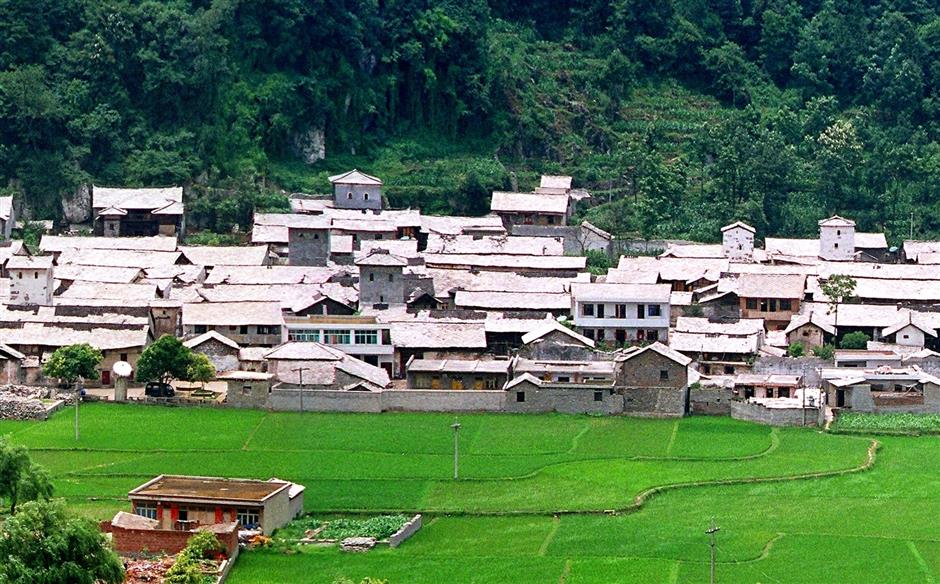 During the past four years, the Tunpu Work Camp has completed several repair projects, including the Jinjia Courtyard, an ancient folk residence that had been dilapidated for a long time.

Due to long exposure to the elements, the stone-wood structure of the courtyard was worn down by years in a state of disrepair. 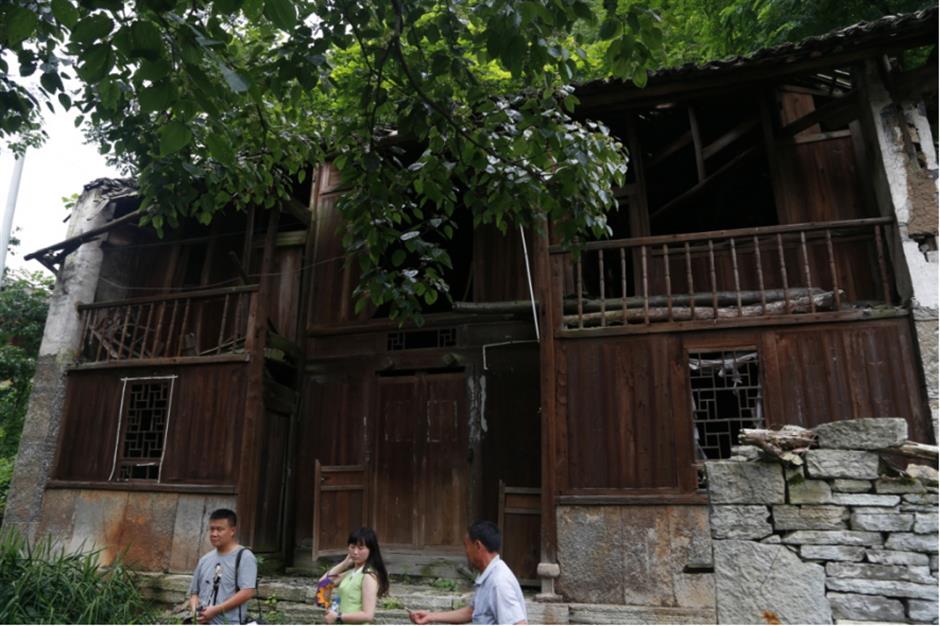 The original appearance of Jinjia Courtyard before renovation.

With a view to retaining traditional architectural features, volunteers and experts from the work camp began to repair Jinjia Courtyard with the help of local artisans and dwellers after research and study. 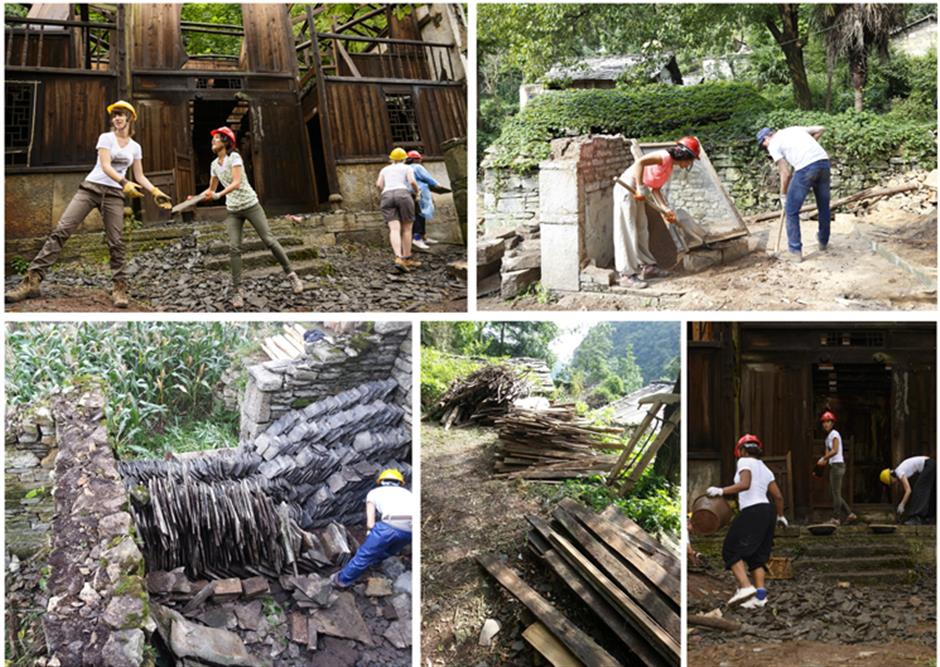 With a goal to repair the courtyard into a cultural activities room, volunteers retained the original layout of the building and made the central space into a small library for local residents to read and relax. The two spaces on the sides are two rooms designed for work and rest. 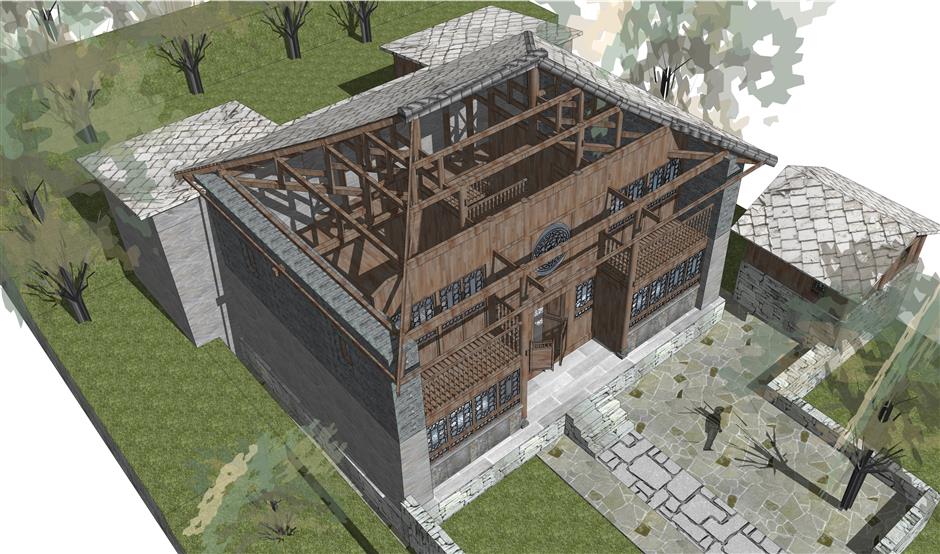 A design concept of Jinjia Courtyard

They then restored the space on the second floor into an exhibition hall and a meeting room. In order to allow more light to come in, they also added an atrium on the second floor. Additionally, they repaired a small garden and a winding corridor on the outside of the house. 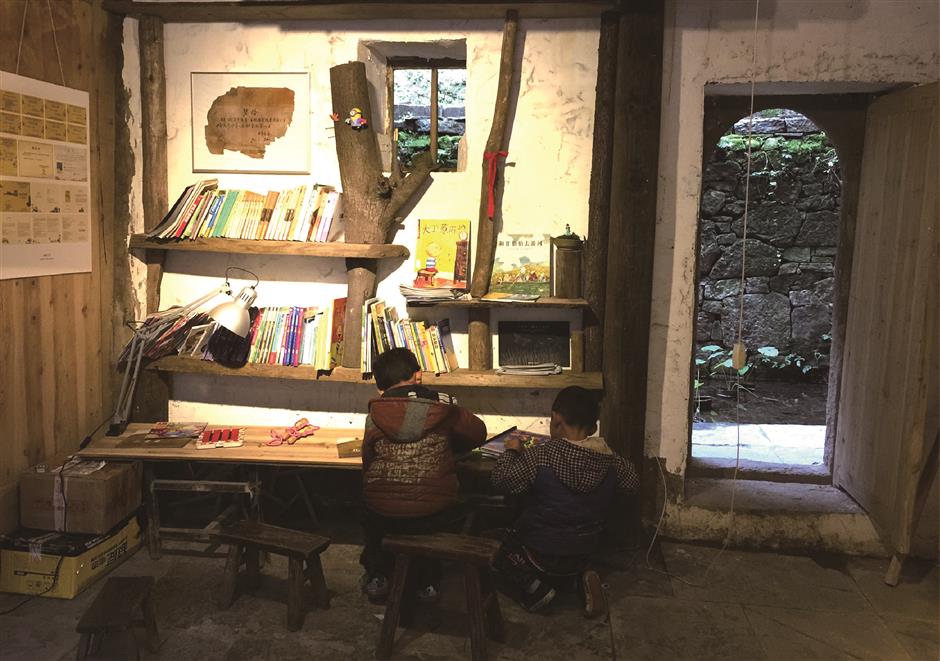 A simple library on the first floor, designed for local residents to read and relax. 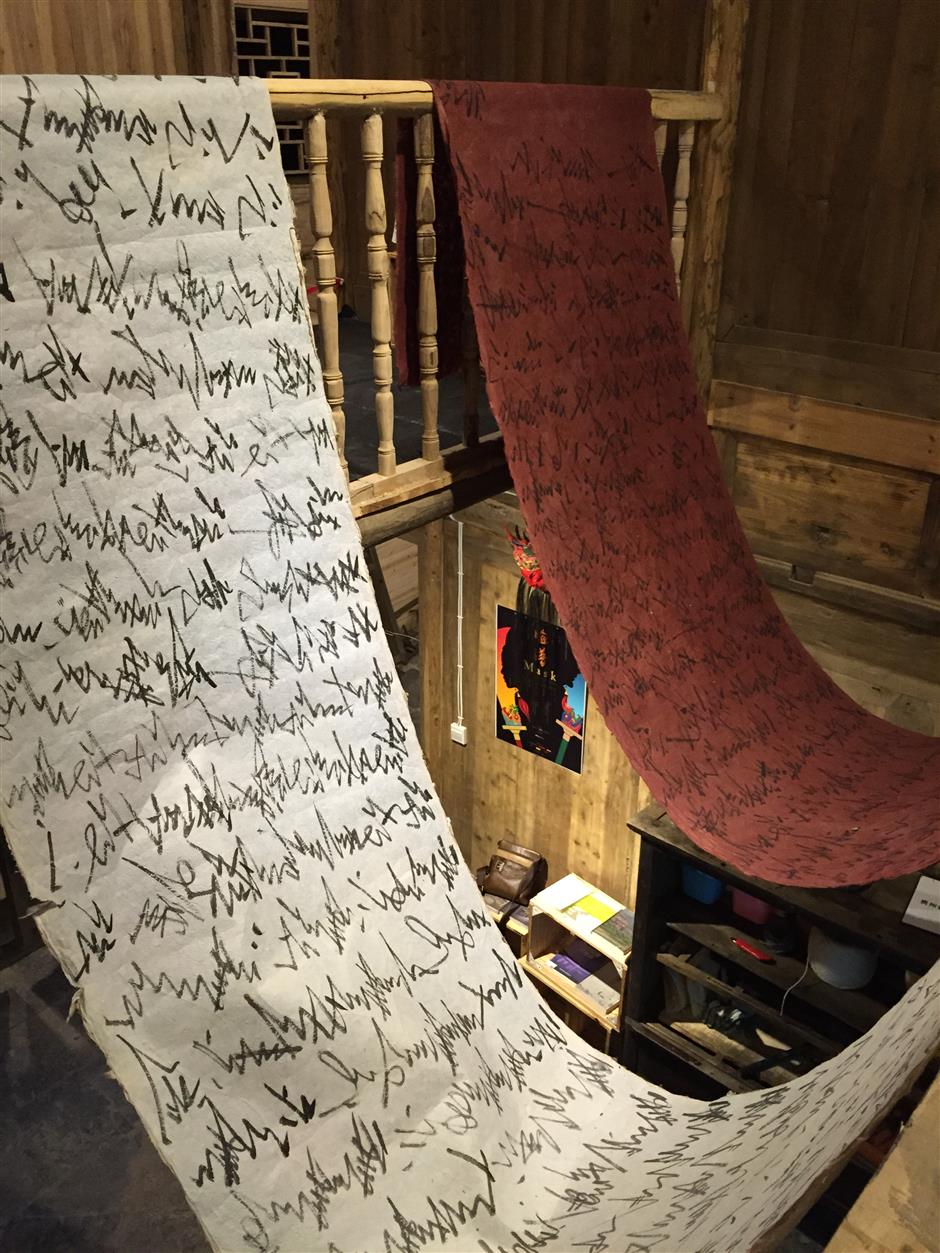 An atrium on the second floor, allowing more light to pour in.

Thanks to the efforts of volunteers and local villagers, the courtyard now has a new look with its original architectural elements preserved, receiving high praise from local residents. 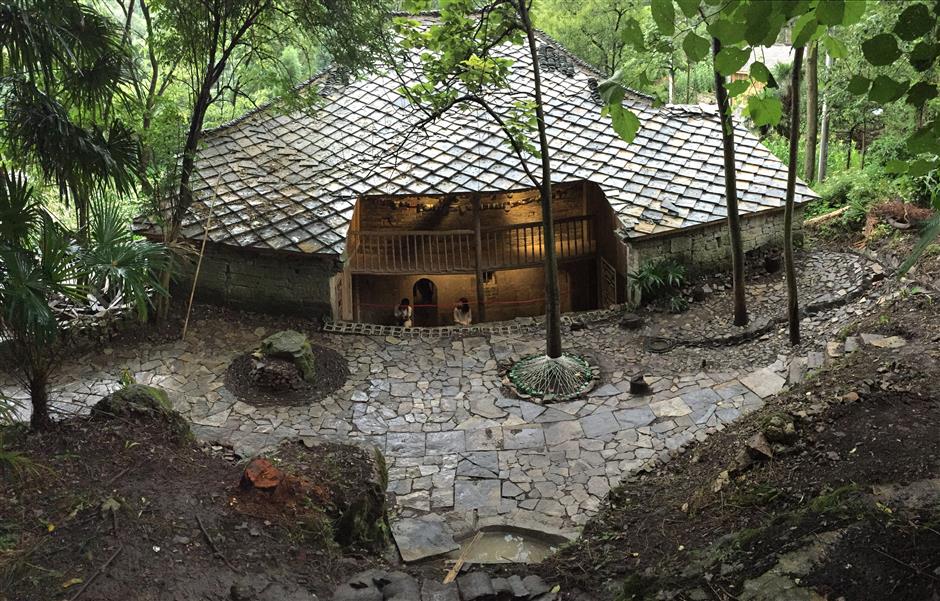 A local villager, surnamed Wang, said the Tunpu Work Camp brought a lot of changes to the village.

“At first, I felt confused and curious about what they were doing, but I gradually understood after I joined the work camp,” Wang said. 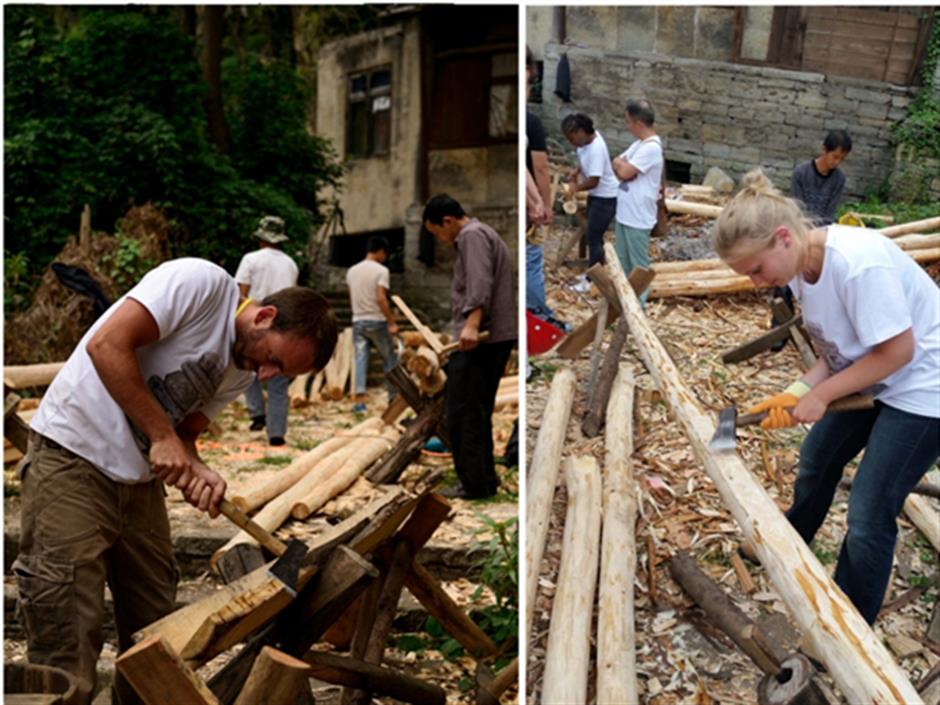 In 2015, Wang participated in Tunpu work camp as a carpenter and a stonemason.

“It was really a meaningful thing for me,” Wang said. “Participating in the work camp really enhanced my awareness of the protection of ancient buildings, and I learned more about how to protect culture heritage.”

“We really appreciated the volunteers’ hard work repairing our local dwellings for free. Now I want to do more things in the future like them,” Wang said.

In the following years, Wang participated further with the Tunpu Work Camp, and joined in several repair projects in the village. 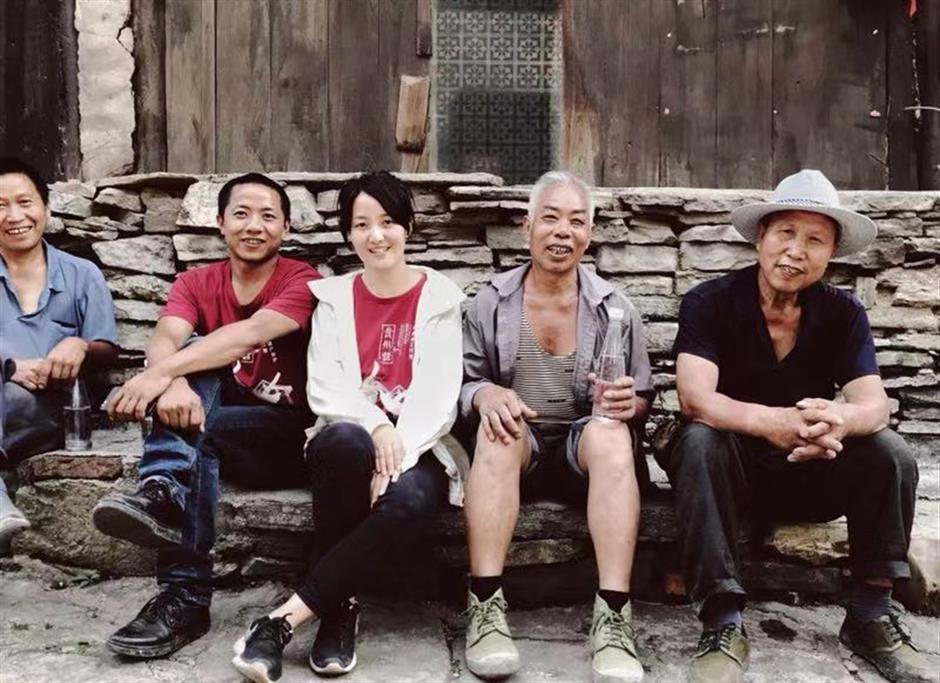 Yang Ninghan, another volunteer with the Tunpu Work Camp in 2018, said she had a wonderful time in the village doing woodwork and stonework.

“I really appreciate the chance to understand the protection of cultural heritage,” Yang said with a soft smile. “I hope more and more people can join this work camp and learn about the importance of preserving old buildings.” 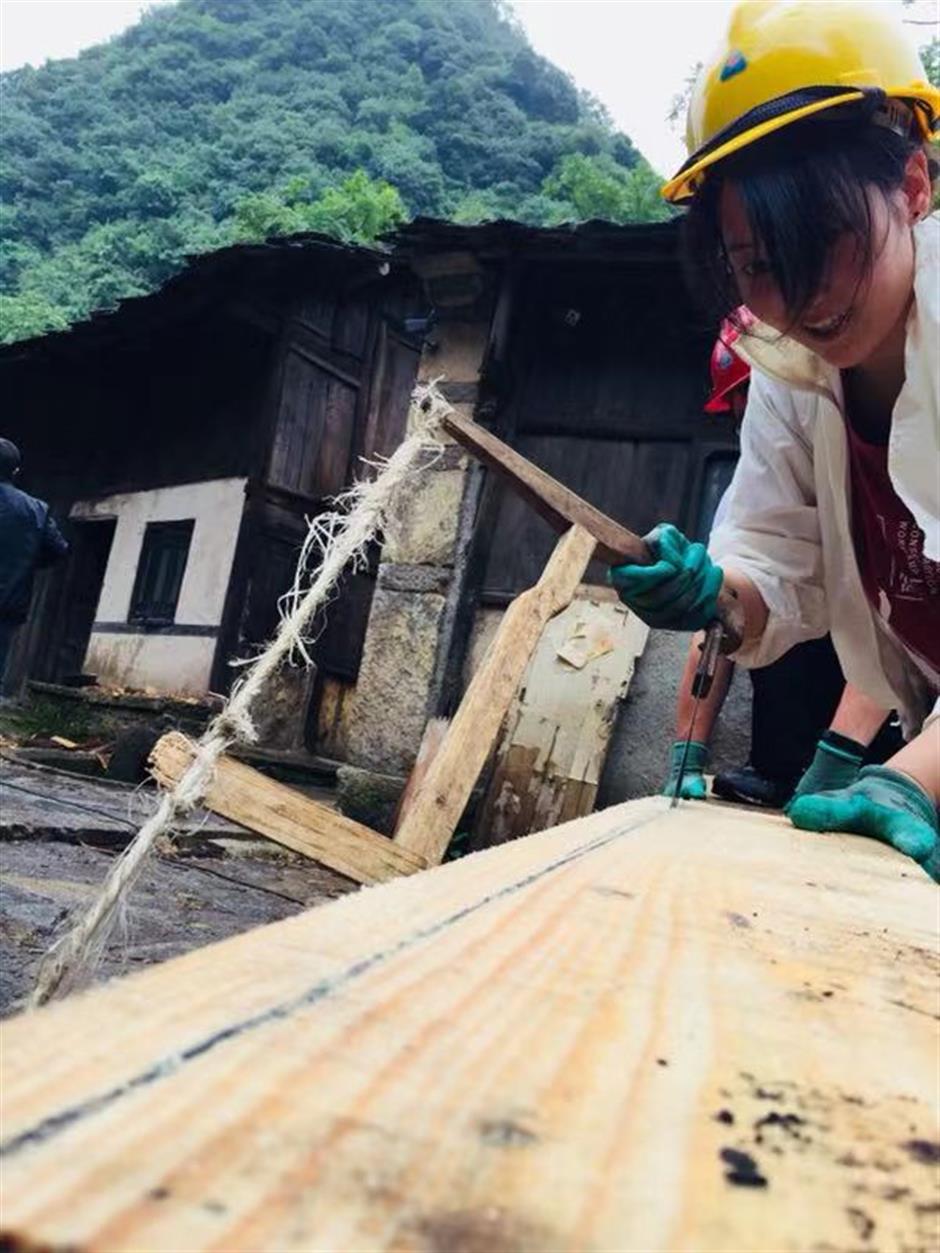 The Tunpu Work Camp set a good example in the area and made many achievements, but it requires more people to put their hands up, especially young people.

As Professor Ruan Yisan, a renowned scholar of Tongji University, said: it is an important duty to help young people understand the history and culture of our Chinese tradition.

“The significance of our work camp lies in the cultivation of a consciousness for young people,” he said. “It is really important.”