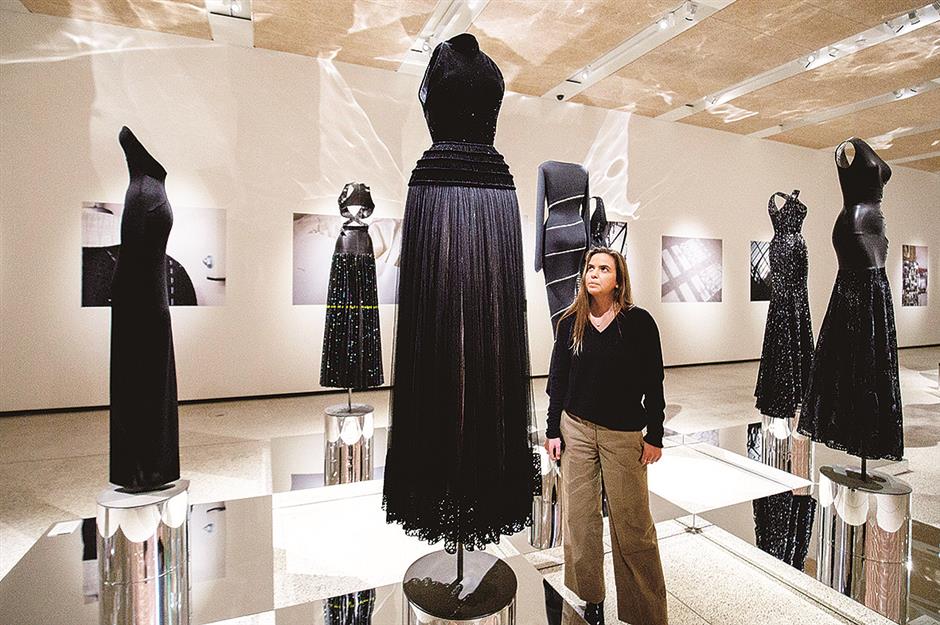 Among the dresses on display will be many which have become fashion icons, including his famed white hooded dress. “Azzedine Alaia: The Couturier,” running until October 7, will exhibit 60 garments chosen by Alaia before he died in November 2017.

The show traces the work of the maestro from the early 1980s to 2017, documenting an industry-defining career. A perfectionist to the end, Alaia selected the dresses himself before his death in collaboration with Mark Wilson — curator of the Groninger Museum in the Netherlands.

“He re-made everything for the exhibition for the mannequins. He was like the master of cut and fit so he wouldn’t just take something and try to fit it onto a mannequin,” Wilson said. “He was really a sculptor, he worked on the body. It’s all about the cut, it all about how a garment will fit on a woman’s body.”

As an admirer of elegance and femininity, he used his exceptional talent to give “power” to women and the dresses are a testament to that, Wilson said.

“He loved women. He wanted to make women look amazing, powerful. That’s why women loved him… He wanted women to feel really confident.”

The son of a Tunisian farmer, Alaia worked for the local seamstress to fund his studies in Paris where he initially worked under the guidance of Yves Saint Laurent at Christian Dior.