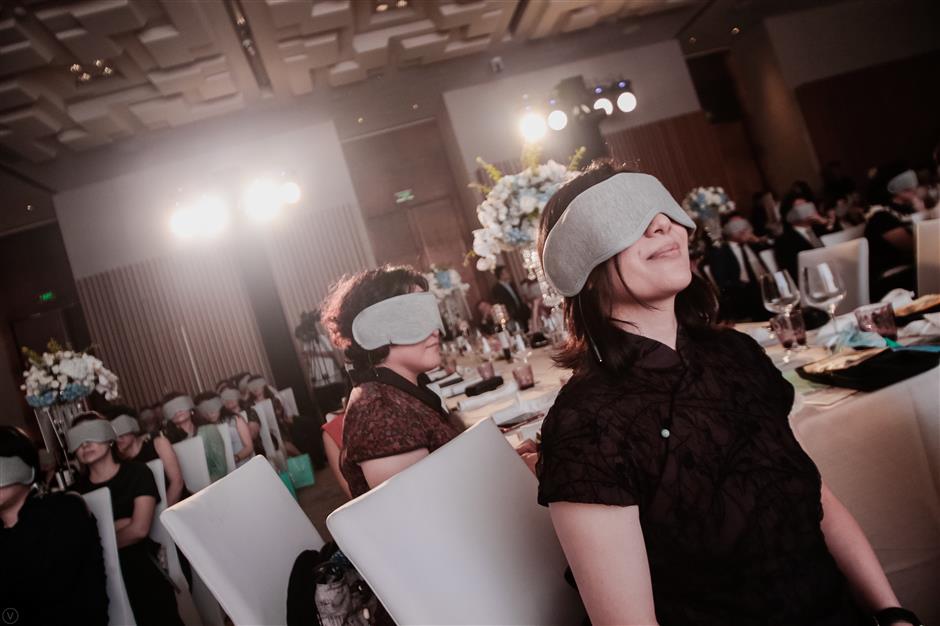 It might be considered somewhat unusual to wear an eye mask for a piano recital, but that was the case at a recent performance by Kong Xiangdong at a salon organized by PhiSkin.

“Some in classic music circles call me restless, as I often do something not considered so classical, like promoting electric gadgets or opening piano schools,” Kong said. “I prefer the experience of crossing different media. For me, it is a self-nurturing process.”

In 2008, Kong worked with his friend, composer Giorgio Moroder, on the theme song of the 2008 Olympic Games “Forever Friends.”

“Unlike a concert at auditorium, this small salon took me closer to my audience,” he said. “I could sense their response directly, which is quite exciting and fresh.”

In order to strengthen the auditory impact, members of the audience were asked to wear eye masks.

“That’s really cool, making me feel more free and wild with my hands rippled over the keyboard.”

Last year, Wang Xiaohui, a visual artist was chosen for the PhiSkin salon. 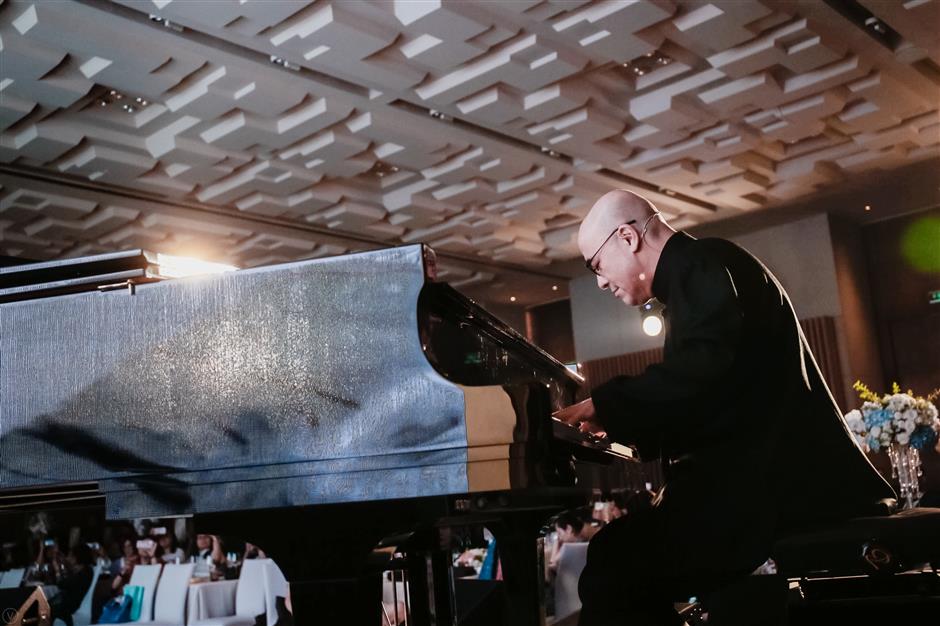 Kong plays while the audience don’t look on.