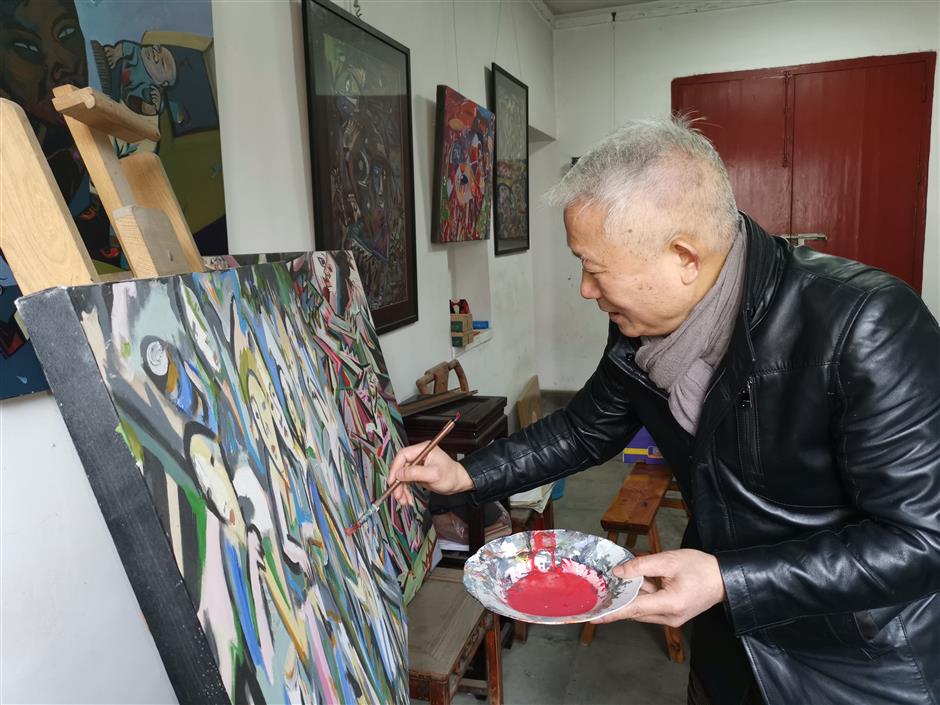 Farmers from Youchegang Town in Jiaxing’s Xiuzhou District have created their own style of painting featuring bright colors and themes of rural life and scenery.

Xiuzhou farmer paintings have developed into an important channel for local farmers to communicate with the outside world and allow them to interpret their lives through the medium of art.

A number of the farmers are now professional artists and their work is highly valued by the public and art world alike. The town became one of the “Chinese Folk Culture and Art Towns” in 2018.

Shanghai Daily visited Qizhen Village, origin of the farmer paintings, recently. The vibrant pictures painted on folk houses enchant visitors to the hamlet. They depict country scenes of all kinds, from feeding pigs and geese to idyllic landscapes.

Villager Miao Huixin, 60, is considered a symbol of the painting genre. He is also director of the town’s cultural station that aims to boost the paintings’ development.

Xiuzhou farmer paintings began to develop in the early 1980s, when Miao was an art teacher at a local primary school.

“Three of my students won first prize in a painting competition in Jiaxing. Leaders wondered why this rural school had so strong a competitive power compared with their urban counterparts,” Miao recalled. “Soon they found me and invited me to visit Jinshan District in Shanghai.”

The visit changed his life. At the time, Jinshan farmer paintings were famous throughout China. Their bold style, exaggerated shapes and multifarious colors impressed Miao, changing his view of what painting was all about.

“Jinshan farmer paintings were childlike but portrayed an authentic passion for life. Their drawings no longer focused on professional skills like shadow, shade, perspective and layout. They made me think out of the box,” Miao said.

He began to teach himself, creating colorful, often autobiographical paintings on everything from scraps of brown wrapping paper to the back of posters.

“Life was still hard during early 1980s. Painting materials were not enriched like today. I used rustic bricks instead of woodblocks to create printed paintings. Coarse paper in silkworm breeding was also used to draw pictures, because their texture resembled rice paper and was pretty cheap,” Miao said. 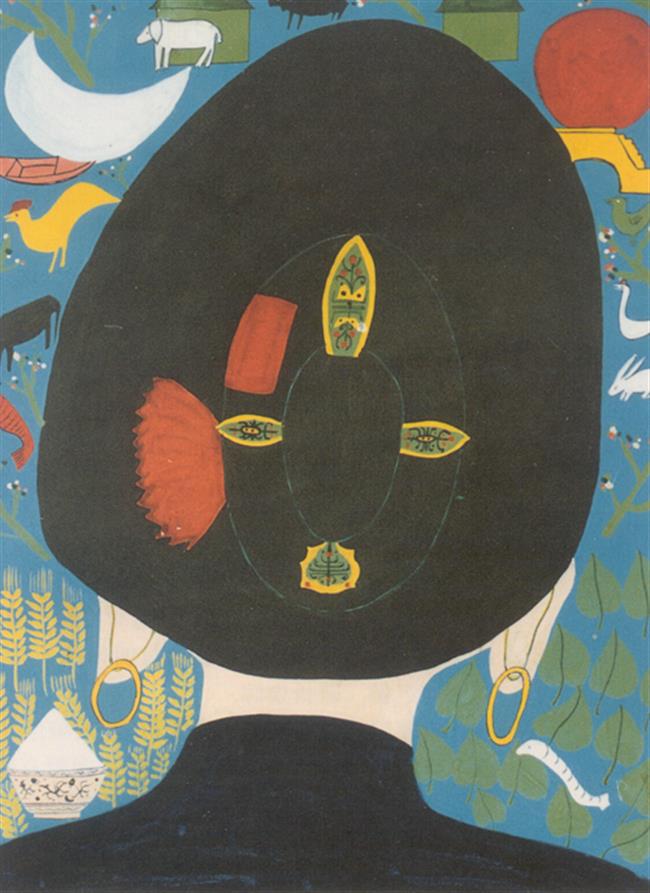 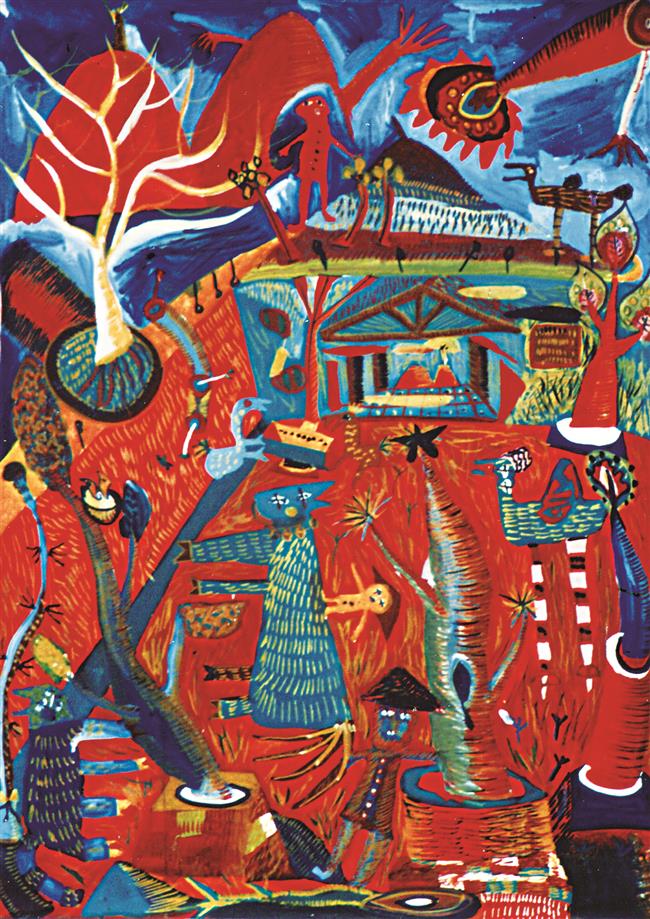 “Home,” by Miao Huixin, is one of the paintings in the collection of the National Art Museum of China in Beijing.

In Jiaxing, every farmhouse has a lime kitchen stove, or zaotou, that was painted with auspicious figures or floral motifs. Many amateur painters depicted life and expressed their passion in this medium, gradually creating a folk culture listed as protected intangible cultural heritage in Zhejiang Province.

Local farmers drew their inspiration from stove paintings and lanyin huabu and then gradually switched to oil, woodblock, gouache and acrylic paintings. It is thought that this is how Xiuzhou farmer paintings developed.

“We live in the village for generations and are quite familiar with the land. All we need to do is use brushes to express our love for our hometown,” Miao said.

In 1983, Miao’s work “Nostalgia” won the gold prize in the Zhejiang Province Second Farmer Painting Competition, making him famous overnight. Thereafter, the painting was considered the epitome of Xiuzhou farmer paintings and he became its representative figure.

Today, the painting still hangs on wall of his studio in Qizhen Village. Miao refuses endless pleas from people who want to buy it. It portrays the back of a woman’s head with the backdrop of rural scenery in the south of lower reaches of the Yangtze River, mulberry trees, rice fields, a stone arch bridge and poultry.

Two of his other works — “Home” and “Village” — are in collection of the National Art Museum of China in Beijing. Exhibitions of Miao’s work have been held in Shanghai, Beijing, Hangzhou, Paris, Portland and Oregon since 1983, showcasing his creations full of imagination and exaggerated shapes to an international audience.

Farmer paintings have boomed in Youchegang Town and spread to other towns in Xiuzhou District. However, painters from Youchegang still account for the majority in this field.

Painters convey a yearning for a better future and an admiration for their ancestors. They are also ambassadors for the area as they have introduced Jiaxing folk customs to others, including silk production, water chestnut picking and lotus harvesting.

In a bid to support folk art, Xiuzhou District and Youchegang Town have released policies to subsidize local painters. Meanwhile, every local primary school has set up special painting classes in order to cultivate talent among their children.

In order to cash in on the cultural and creative industry trend, Jiaxing government has established a state-owned company that produces scarves, suitcases and other products in the farmer paintings theme.