Kato’s works are known as the “living beings.” Expressed in uncertain or bright colors with no clear boundaries, they are primitive creatures that resemble babies, something between fetuses and insects.

They may evoke weirdness, cuteness, emptiness or violence, but they are all immensely powerful, which can only be described as “existence itself” without nationality, race and age.

“I am interested in the meaning of people’s lives. I believe that this is where art is rooted and I realized afresh that to continue work could not be meaningless,” Kato said. “There always comes a time when people need art. There comes a time when they realize that what they had thought to be useless becomes useful.”

Kato’s art practice is monistic. In recent years, clear-cut lines that divide human shapes emerge as a crucial characteristic of Kato’s fabrics and works on paper, probably a metaphor of the state of the modern people with body and soul separated.

Yet, Kato’s works are more than this symbolic phenomenon. Rather than divide the human body into pieces, the lines at the same time emphasize the connection between the constituent parts.

As the anthropomorphic shapes develop, Kato adds more changes to the backdrops, from monotone palettes to multicolor composites, pointillism and spiral shapes. He also turns the previously planar surfaces into three-dimensional spaces with new elements such as spheres and lines, which creates a more expansive universe for the “beings” to dwell in.

With his latest sculptures and fabric works, Kato’s figures burst from papers into the real world. They are “others” who coexist with us on the equal footing with more formidable life force, which manifests itself in Kato’s exhibitions. 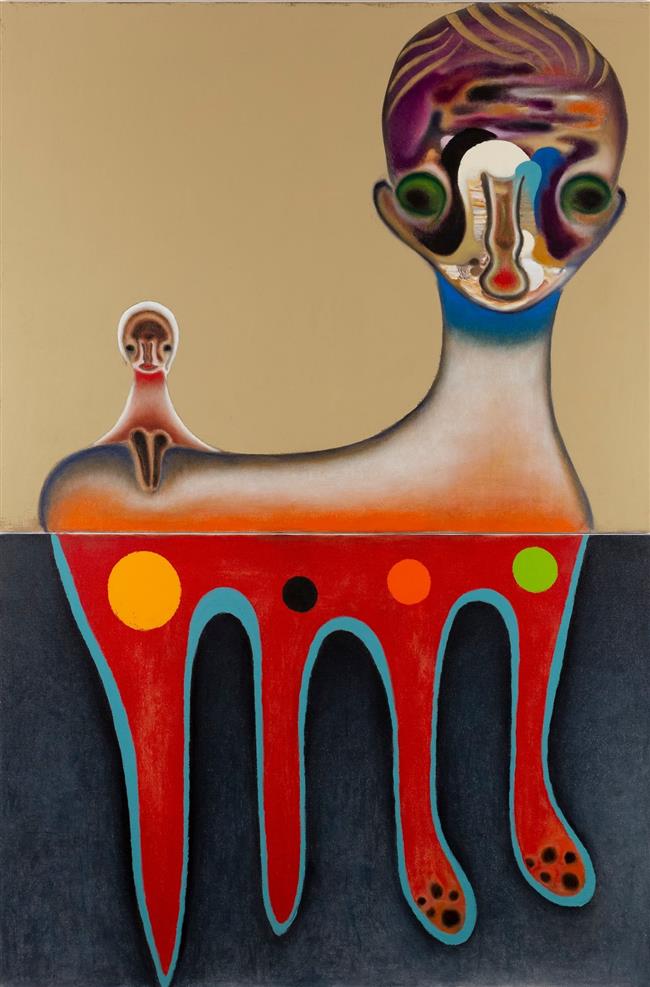