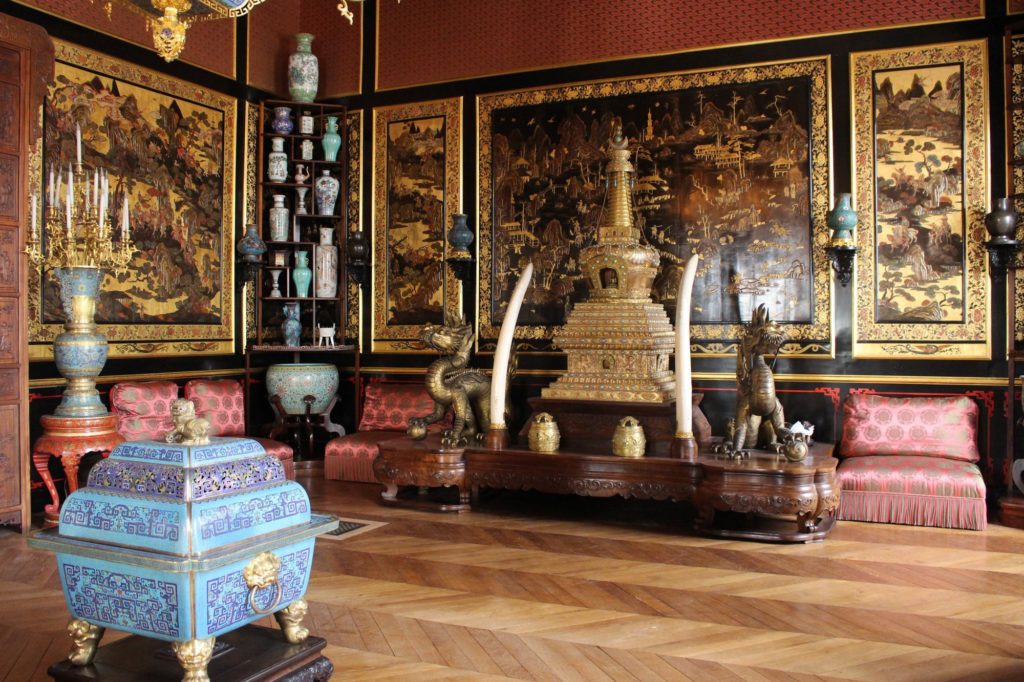 A series of thefts began in 2010, shortly after China ramped up its efforts to reclaim looted antiquities.

China has been fighting hard in recent years to reclaim art looted from the country, which may amount to as many as 10 million antiquities since 1840. But what if the government isn’t content to go through official channels? An investigation in GQ looks at a recent string of high-profile museum robberies targeting Chinese antiquities since 2010 and wonders if China itself is responsible for the crimes—or, as it may see it, rogue repatriations.

The recent robberies appear to fit the “stolen to order” bill. The break-ins—at the Chinese Pavilion at Sweden’s Drottningholm Palace, the Oriental Museum at England’s Durham University, the Fitzwilliam Museum at Cambridge University, and two thefts at the China Collection at Norway’s KODE Museum—appear to target a shopping list of high-value objects of questionable provenance.

“Chinese laws, on everything from theft to intellectual property, are very different from those in the West, and therefore stolen or forged artworks find a market far more easily there than abroad,” art crime expert Noah Charney told the New York Times in 2015. “Chinese collectors could purchase stolen Chinese art and still have the pride of display, perhaps with the rationale that, whether or not the object was stolen, it should be in China, and therefore the collector was somehow aiding its liberation.” The ruins of Beijing’s Old Summer Palace in 2013. Photo courtesy of 颐园新居 via Wikimedia Commons.

Between 1840 and 1949, China was dominated by Western imperialism, a period that has been nicknamed the Century of Humiliation. In 1860, French and British forces destroyed Beijing’s old Summer Palace. Today, the grounds remain in ruins, reminding the Chinese people of the terrible event. The palace’s riches are now scattered across the globe, in private collections as well as prestigious museums.

The Chinese zodiac fountain heads are the best-known and most controversial of the palace’s lost treasures. Several have been repurchased at auction, including two by a Chinese buyer in 2009 who ultimately refused to pay. The heads were then donated to China. The whereabouts of four of the 12 statues remain unknown.

Repatriating cultural patrimony has become a major priority for China in recent years. The state-run China Poly Group, which includes an auction house, has a program dedicated to locating and recovering lost art, and, in 2009, the government dispatched a treasure-hunting delegation to find looted Chinese art in international museums. The first of the Chinese art thefts came the following year, at Drottningholm Palace. Then, shortly after Liu Yang, who was part of the treasure-hunting team, published a book identifying looted art from the Summer Palace and its whereabouts, robbers struck the Château de Fontainebleau outside Paris, in 2015. They targeted 22 objects that came from the Summer Palace.

At least one artifact stolen from the KODE museum later turned up in an exhibition at the Shanghai airport. Norwegian officials, hesitant to damage relations with China, opted not to pursue its return.

“The government in China doesn’t think they’re stolen objects,” Roald Eliassen, the KODE museum’s director of security, told GQ. “They think they belong to them. They won’t take it seriously, won’t follow the trail. That’s the biggest problem.”