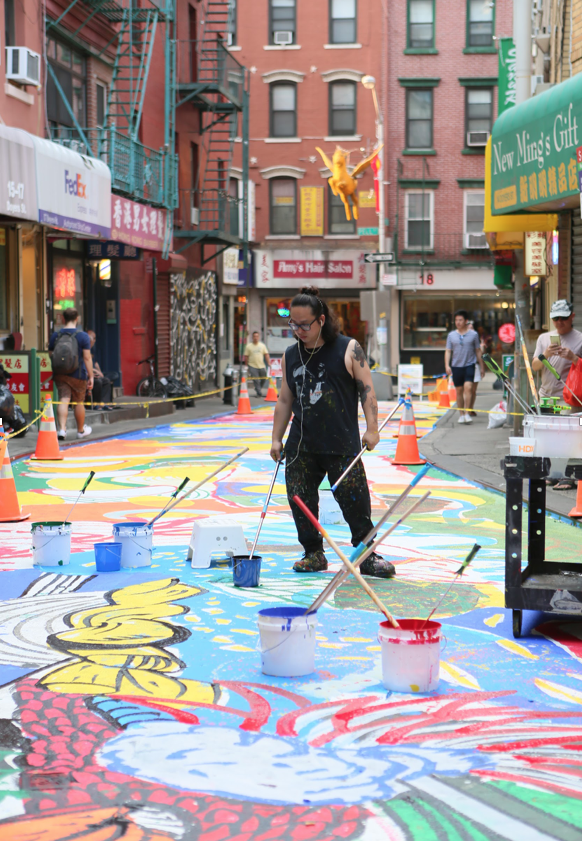 The piece of literal street art, which fills a historic corridor in New York’s Chinatown, has become a popular attraction.

Chen Dongfan, a painter trained in mainland China but now living mostly in New York City, has painted a 200-foot-long mural on the asphalt floor of Doyers Street, a gently curving lane connecting Pell Street with the Bowery. One of the first streets to form what is today known as Chinatown, it has a post office that was just named for Mable Lee, the first Chinese woman to receive a doctorate in economics from Columbia University, and who later became a staunch proponent of the culture and rights of Chinese-Americans. The street is dotted with restaurants, hair salons, and other local shops—it’s a microcosm, with historical weight, of a Chinatown increasingly threatened by gentrification, mostly in the form of condo buildings. 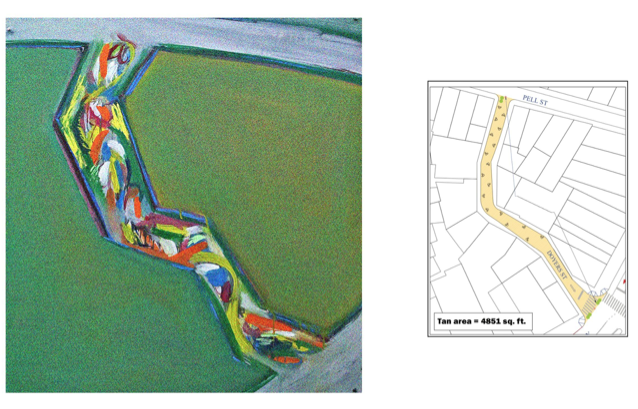 Chen’s notion with his project—creating a dragon-like form on the street that is clearly visible from the sidewalk, but more so from the buildings that rise above—was to assert Chinatown as a district of both action and power. The dragon is meant to symbolize Chinese energy, ambition, and purpose—qualities of immigrant life important still to the community—while the street itself is covered with abstract-seeming flower patterns (flowers are central to Chinese painting and culture) and suffused with the lyric, living power of nature itself (a belief central to Chinese thinking). According to Echo He, owner and director of Fou Gallery in Bed-Stuy, which represents the artist and facilitated the Doyers Street project, Chen used only 15 and a half gallons of paint to cover the street, even though the imagery is built from five layers of paint. The result brims over with vitality. 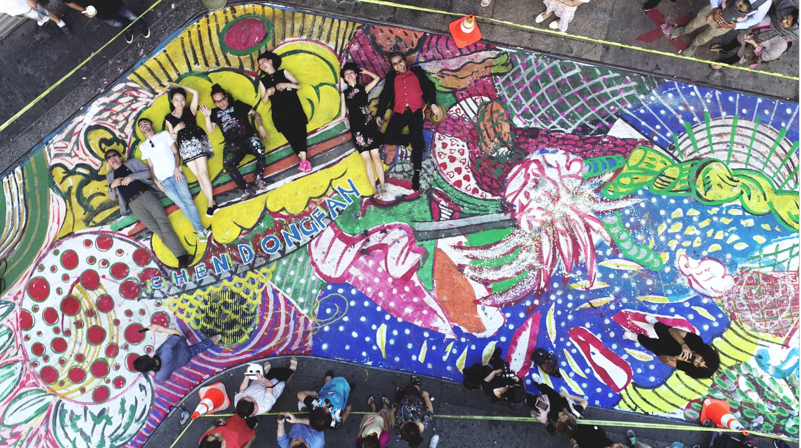 On a warm summer weekday evening, the imagery looked remarkably vibrant as people walked up and down the street, or sat at small tables, supplied by restaurants and open to passersby. It was a scene reminiscent of the outdoor life seen in the alleys of Beijing and other Chinese cities, where street food is popular and eaten by people of all backgrounds. As for the imagery itself, the 4,851-square-foot painting—entitled The Song of Dragon and Flowers—is composed of convoluted flower imagery interwoven with strong abstract patterns, with the bright primary colors red, yellow, and blue shining out from the rough shapes, The abstract cast of the work allows Chen to refer to the prominent history of nonobjective painting here in New York City. 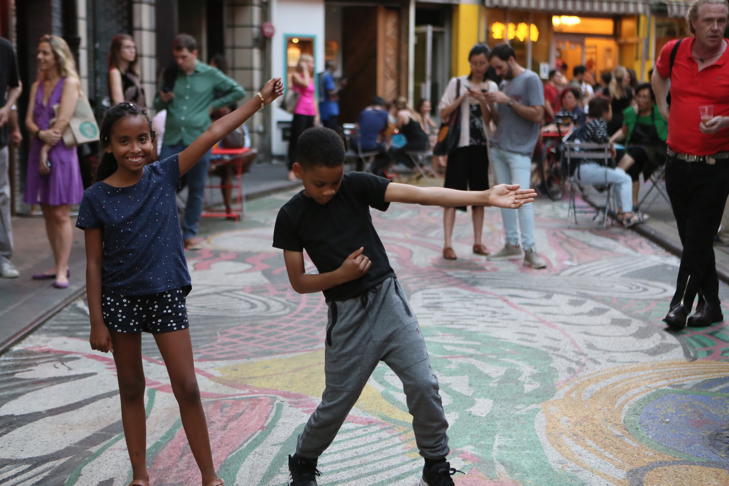 Despite rumors of dissatisfaction by the shops located on the street—one night, someone poured black paint over a passage of the mural—community support has been strong. Chinatown remains pretty much a closed community, despite the heavy traffic of tourists seeking good food and a few minutes of cultural difference. As a result, it was important for Chen to come up with an idiom and overall composition that would reflect the mostly Asian inhabitants of the neighborhood. An excellent technical painter, Chen sought to create something that would both celebrate the Chinese immigrant experience and establish himself as a painter of note. His efforts are worthy of congratulation.