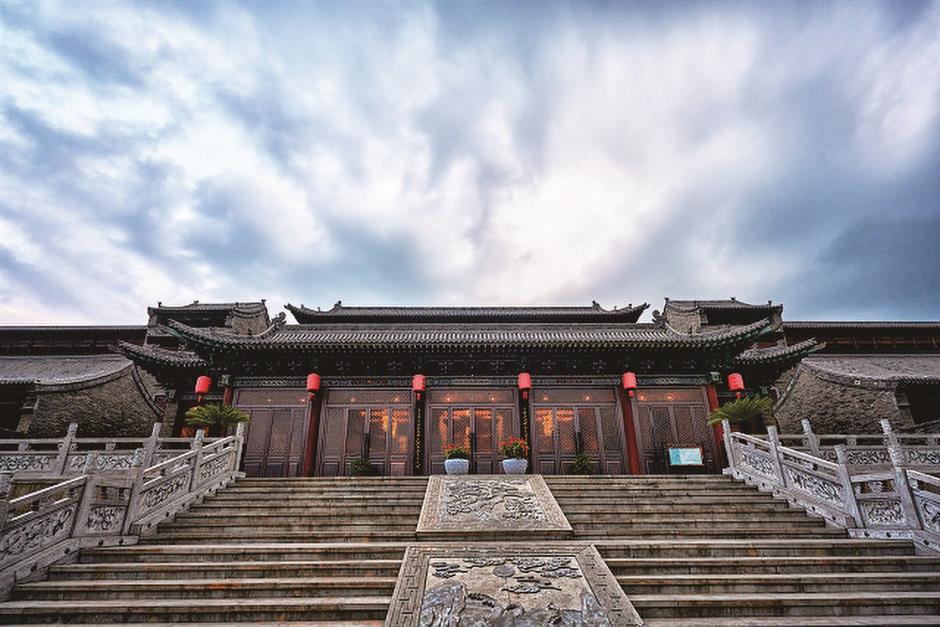 With six complexes, five lanes and one main street, the Wang Family Compound in Jingsheng Town, Shanxi Province, is known as the first compound of Chinese local houses and the largest well-preserved.

It was constructed, expanded and renovated on and off over two dynasties from the Ming (1368-1644) to the Qing (1636-1911) for more than 300 years, originally covering 250,000 square meters. Today it remains at about 45,000 square meters, which still maintains the essence of the Shanxi style of architecture.

The Wang family got its first barrel of gold by making tofu in the town and expanded their business by various trades and investments.

Like most traditional Chinese, the top priority after they got rich was to buy land and build houses.

The family then started the 300-year construction in the town, 35 kilometers from Pingyao Ancient Town.

The compound inherited the typical style of the West Zhou Dynasty (1046-771 BC) architecture of “hall in the front and bedroom at the back,” a distinct feature that can still be seen in the Forbidden City. It offers enough space for social activities as well as protects privacy.

At the same time, it draws a clear hierarchical line between masters and servants, elders and youngsters, men and women.

Today the compound is left with two main clusters in the east and west. The Gaojiaya complex in the east has 35 courtyards with 342 rooms.

The main courts of Dunhou House and Ningrui House were both designed with cookhouses, home schools, ancestral temples and embroidery rooms. They also shared a library, garden and dorm for servants and labors. 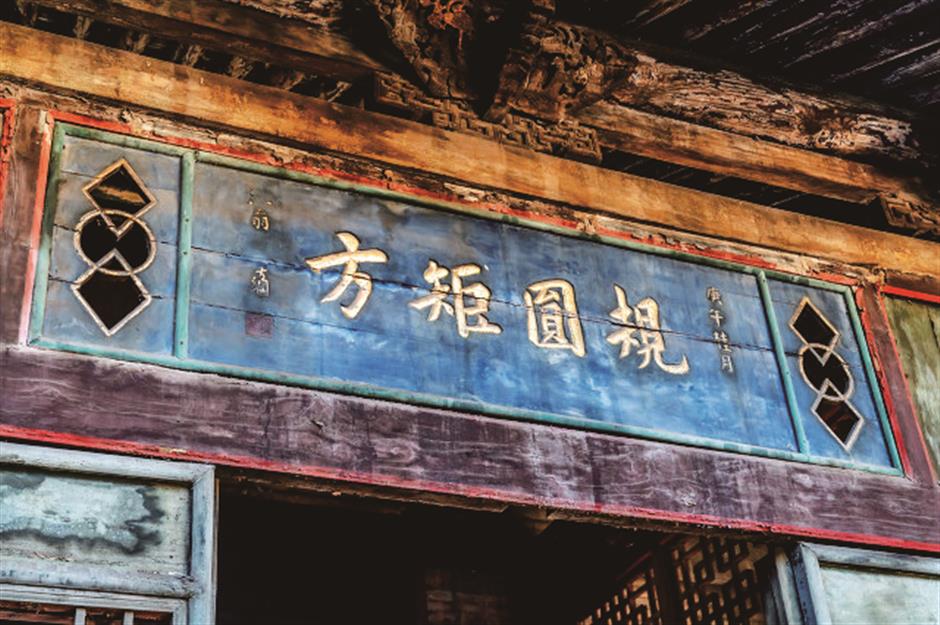 The Gaojiaya complex was built by the family’s 17th generation Wang Rucong and Wang Rucheng brothers from 1796 to 1811, covering an area of almost 20,000 square meters.

One of the biggest attractions is the complex’s beautiful carvings of bricks, wood and stones. The entire layout was extremely neat with three main roads running through the middle.

The Hongmenbao complex in the west was constructed from 1739 to1793 along the mountain ranges from the lower part to the higher with four rows.

Like a small city on a hill, the complex was in a symmetric shape with a main road and three lanes crisscrossed, forming the Chinese character “Wang” seen from above.

Dingjia Garden was shared in the Hongmenbao complex. Its four small gardens were cleverly designed separately yet linked with each other.

With extensive themes from auspicious animals, legends, opera figures and landscapes, the Wang Family Compound stands out with its gorgeous cravings on stones, wood and bricks, created by painters, craftsmen and literati. It’s a museum of carving art and also a mixture of folk culture with Taoism, Buddhism and Confucianism.

As a successful business family with good relationships with the government, the Wang family left a great deal of precious relics of both artistic and historic significance.

An imperial edict issued by Emperor Jiaqing (1760-1820) to the family provides valuable information on the study of the Qing’s document system, official system, calligraphy and embroidery. 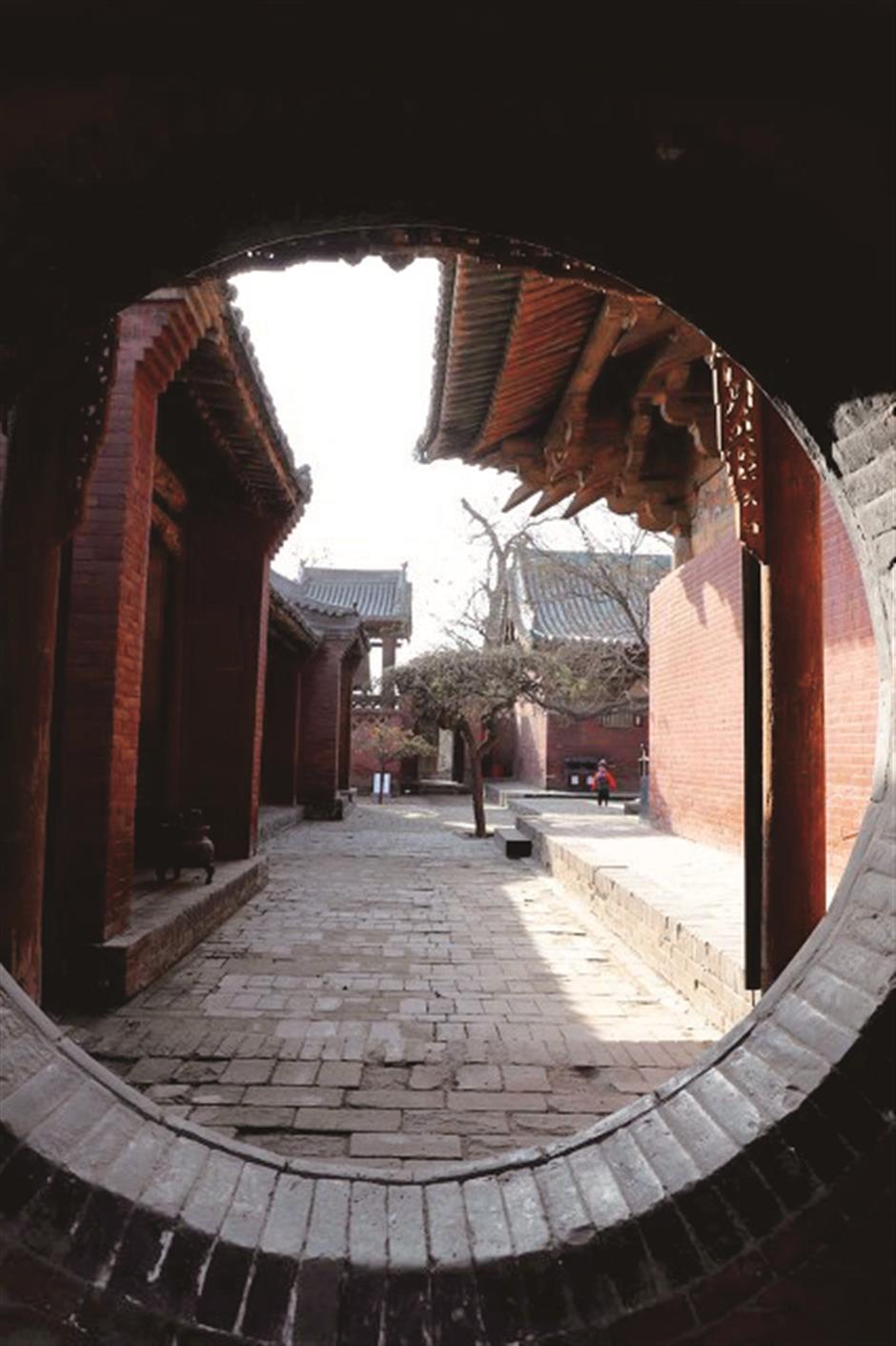 The compound inherited the typical style of West Zhou Dynasty (1046-771 BC) architecture of “hall in the front and bedroom at the back.”

On display in the backyard of Dunhou House is the qiangong chuang, a wedding bed that took 1,000 man-hours to complete. As one of the most important pieces of furniture for newlyweds, the bed, beautifully carved and painted in red and gold, offers some insight into the daily lives of ancient Shanxi locals, especially their wedding customs.

The map of the “Whole Country under Qing’s Rule” displayed in Ningrui House is an old copy that helps today’s researches on the changes of China’s territory and administrative regions.