The Xiong family tomb from the Chu Kingdom during the Warring States Period (475-221 BC) epitomizes the highest level of burial ritual in that period.

It is the largest and best preserved from the Warring States Period and predates the more famous Xi’an terracotta warriors by a century.

Its more than 30 horse and chariot sections cover more than 130 square meters alone.

Now, an exhibition displaying around 320 pieces of jade relics excavated from the tomb site is underway at Hangzhou’s West Lake Museum through March 1 next year.

It showcases the glory days of the millennia-old jade culture and testifies to the influence it still has in China today.

Xiong is the surname of the royal family of the Chu Kingdom, in what now is Hubei Province in central China.

The excavated tomb site covers more than 150,000 square meters — more than seven times the area of Shanghai’s Yuyuan Garden — with artifacts from jade and crystal to pottery and weapons.

Nearly 2,000 pieces of jade have been recovered since the 1950s, when excavation began. They are divided into dozens of types according to different designs and uses.

Ancient Chinese people created jade objects to worship ancestors and nature. The value of jade even exceeded gold and silver.

But in the Warring States Period, the jade culture reached its heyday as the varieties and styles were largely enriched. The Xiong Tomb objects are the epitome of top-notch jade articles.

The highlight of the exhibition is a jade human face. Only 2.3 millimeters thick, the brownish jade has hollowed-out eyes, nose, mouth and holes at the rim, and is engraved with grooves for eyebrows, hair and the outlines.

The face was stitched onto a piece of silk and then tied with pendants to cover the owner’s face in the coffin, hoping to prevent the body from decaying. This practice is considered to date from the Zhou Dynasty (c.11th century-221 BC), and was then handed down to the Chu Kingdom. 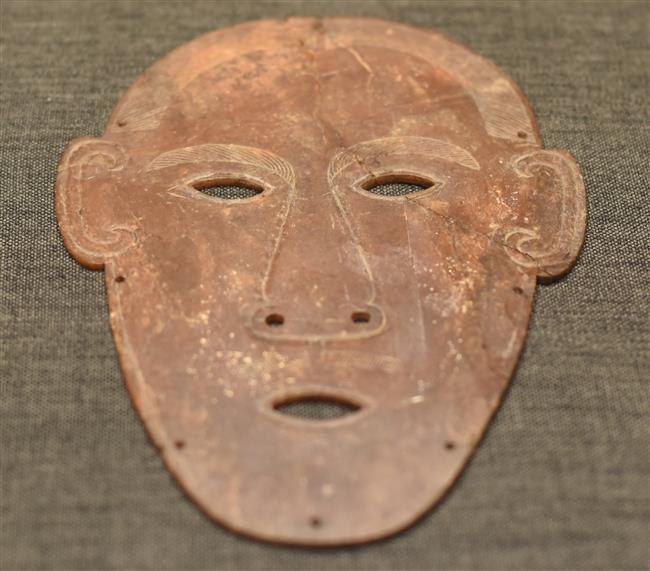 Chu-style jadewares were influenced by other kingdoms, especially the Zhongshan Kingdom during the Warring States Period. Another highlight is a symmetric jade pendant decorated with dragon, bird and human motifs, which shows mixed features from both the Chu and Zhongshan eras.

The man wears traditional Zhongshan-style costumes, but the motifs are distinctive Chu-style patterns. Historians believe a Chu craftsman, who drew experience from the Zhongshan style, made it.

Other exhibits are arranged according to different burial chambers and jade types. The most common types are yuhuan (玉环) and yubi (玉璧). They are similar — both flat jade discs with a circular hole in the center.

However, yuhuan has a much larger hole than yubi. Also, yuhuan was often used as accessories while yubi items were ritual objects and sometimes stood for qualities and powers the wearer wanted to invoke.

Yubi are the most common artifacts recovered from the tomb site. That, to some extent, testifies to the concentration of power and resources in the hands of a small elite. They were placed ceremonially on the buried bodies of persons of high social status, as a symbol of sky, accompanying the dead into the after-world.

Another common style in the exhibition is yuheng (玉珩). This circular object was often worn as a chest ornament. It was usually engraved with leaf, flower, cloud and bird patterns.

However, this popular jade object lost popularity in subsequent dynasties.

Ancient people considered that jade had a soul inside and was the essence of nature. They compared jade to good virtue and carved it into different handicrafts to praise moral quality.

These objects represented the early stages of Chinese cosmological concepts — the circular shape embodying the orbits of sun and moon. 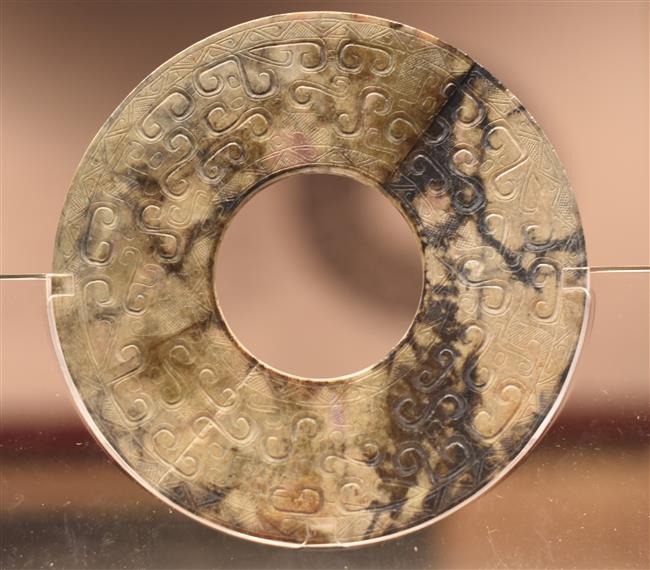 Yubi is taken as items for rituals and worshipping. 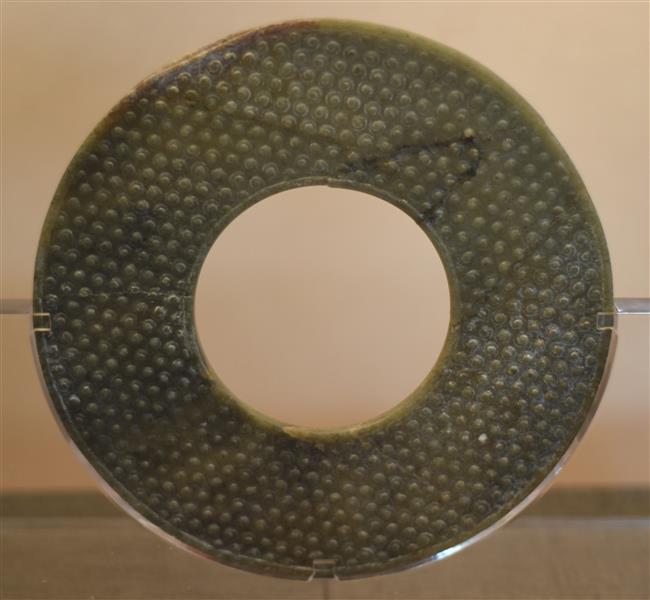 Yuhuan is often used as accessories.

The Chu Kingdom boosted the jade culture to a new height. Jade wasn’t merely an important symbol of rank, but also began being used in worship and rituals, politics, aesthetics and religion.

During the Warring States Period, the constant conflicts and the need for innovative social and political models led to the development of many philosophical doctrines. Many states attempted to display their power not only militarily, but also in their courts and philosophy.

The differing philosophies in return created an ideal environment for the development of art. Artisans anthropomorphized jade, making Chu-style jadewares into the personification of morality and awareness.

And after thousands of years, it still influences Chinese people’s aesthetics.

Date: Through March 1, closed on Mondays