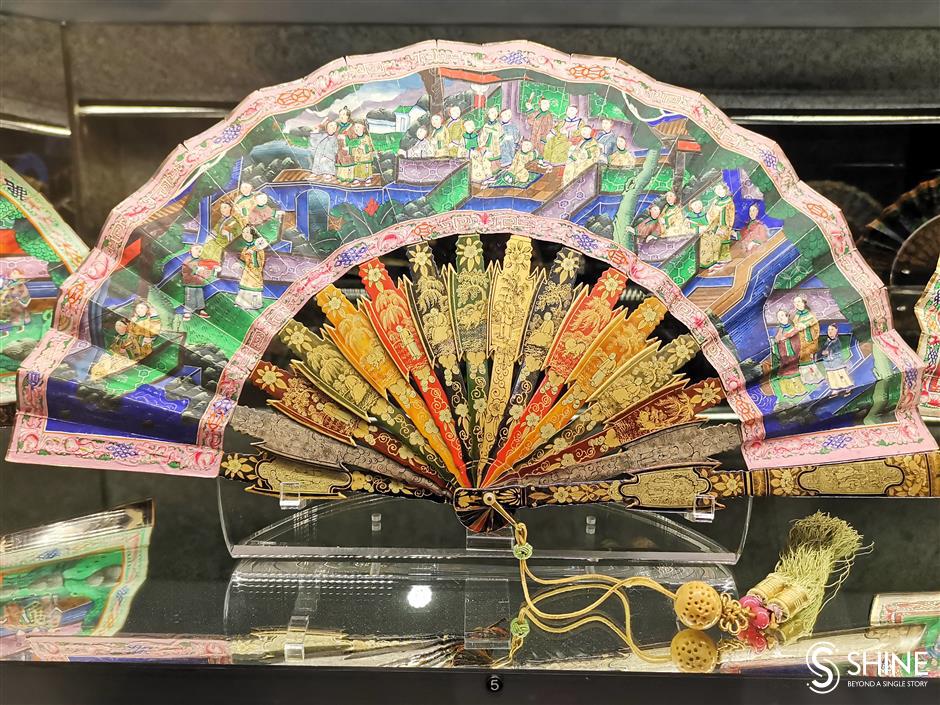 Centuries ago, the chinoiserie style was popularized in Europe thanks to a rise in trade with China. Decorative arts, garden designs and daily utensils, which were thought to be distinctively Chinese, were characterized by exuberant, asymmetrical ornaments and patterns with distinctive Chinese elements.

Now, the China Crafts and Art Museum in Hangzhou is exhibiting a wide range of chinoiserie-style antiques and artifacts through December 8.

Before the 15th century, long geographical distances and a scarcity of Chinese commodities made Europeans fantasize China as a rich land shrouded in mystery. A limited number of first-hand accounts contributed to the mystification of Chinese culture. During the middle of the Ming Dynasty (1368-1644), trade along Maritime Silk Road reached its pinnacle. A large quantity of Chinese products were transported to the West, which in return gave a boost to the chinoiserie trend.

In a bid to meet European fascination for all things Chinese, exported crafts were decorated with all manner of Chinese elements.

Highlights of the exhibition are 13 fans inspired by Manchu governors. When foreign delegates came to China centuries ago, they used paintings and literature to record the local governors’ lives and gardens. With time, the image of the Manchu governor developed into a symbol of China in the West.

Fans also evolved into a popular medium conveying Chinese culture. According to archival documents, the British East India Company once ordered 80,000 fans in Guangzhou, Guangdong Province, in 1699. It was only later, in 1784, that Chinese-style fans arrived in the US for the first time.

Known abroad as Mandarin fans, these featured stylized designs based on the tastes of European consumers and their impression of China. They were often mass-produced as well.

Along with other decorative handicrafts, in the late 18th century, Chinese-style lacquered furniture also found favor abroad. During that time, furniture from China was a luxury, only affordable by the upper class.

The exhibition showcases lacquered containers, plates and screens. They were designed in Western style but decorated with chinoiserie patterns.

Craftspeople carved on lacquer to create sophisticated scenes, like Manchu governors and landscapes, and then sealed it with more lacquer for a smooth and shiny surface.

At the same period, name cards became popular in Europe. Chinese merchants found a new business opportunity and began to produce card cases made of various materials, including silver, wood, lacquer and shells. 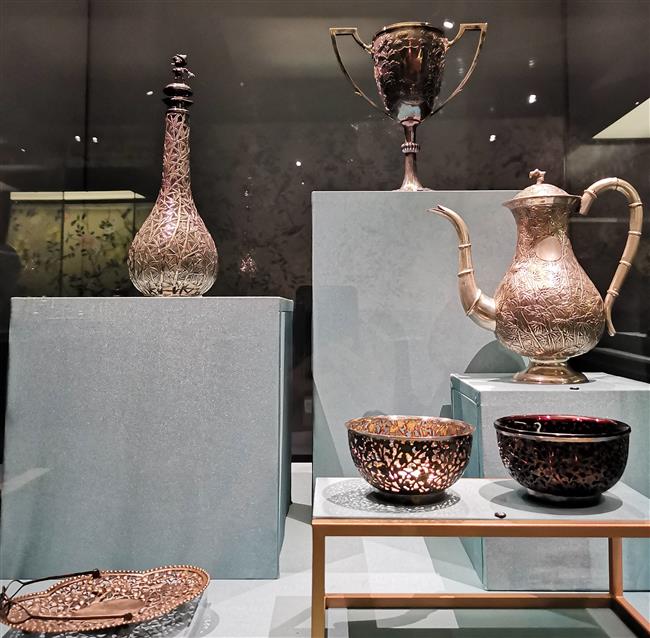 Chinese merchants also found an opportunity from the tea trade, as the popularity of tea created a demand for teaware in Europe. The exhibited pots and cups, which are different from traditional Chinese ceramic tea vessels, feature Rococo style with distinct Chinese elements.