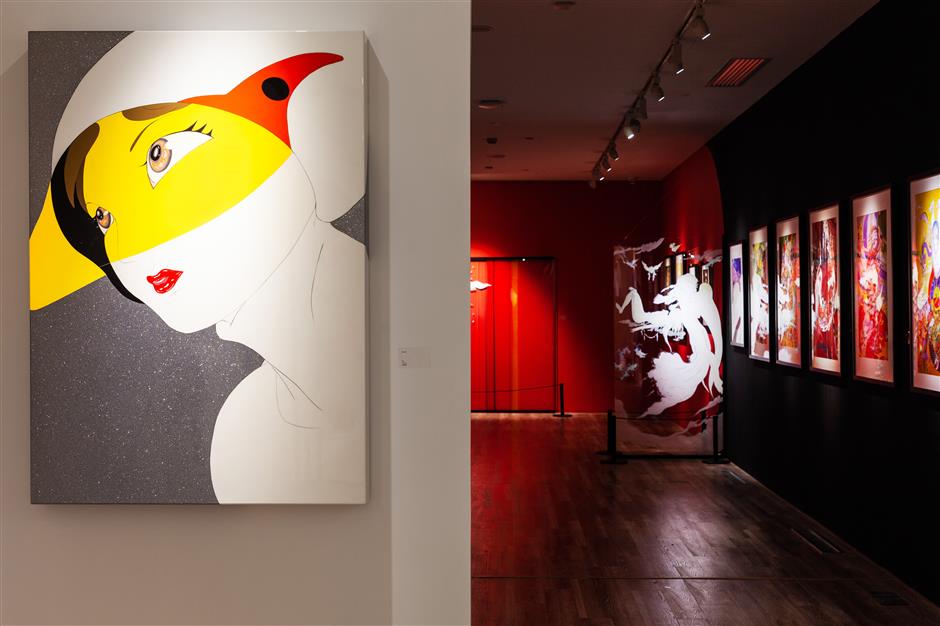 Japanese artist Yoshitaka Amano’s “Fantasy in Daylight” is under way at the Modern Art Museum through September 1.

Amano is considered in Japan as nothing short of a master whose creations lie somewhere between fine art and Japanese anime, manga, and video games (commonly referred to in China as ACG). He was the lead character designer for many games in the series.

Born in a family of lacquer craftsmen in 1952 in Shizuoka, Japan, Amano was fascinated with drawing since his early years.

Greatly influenced by the traditional Japanese culture on one side, he was, on the other, exposed to the popular art of today, such as anime, manga, science fiction, games, art, drama and literature.

Respected art curator and critic Victoria Yung-Chih Lu once commented: “Yoshitaka Amano’s heroes and heroines are usually created in a unique, cross-cultural style. His strange, imaginative characters are balancing at the border of reality and fantasy, giving the viewers a blissful visual experience.”

During the exhibition, Amano’s animated film “1001 Nights” will be played in theater with a wraparound screen.