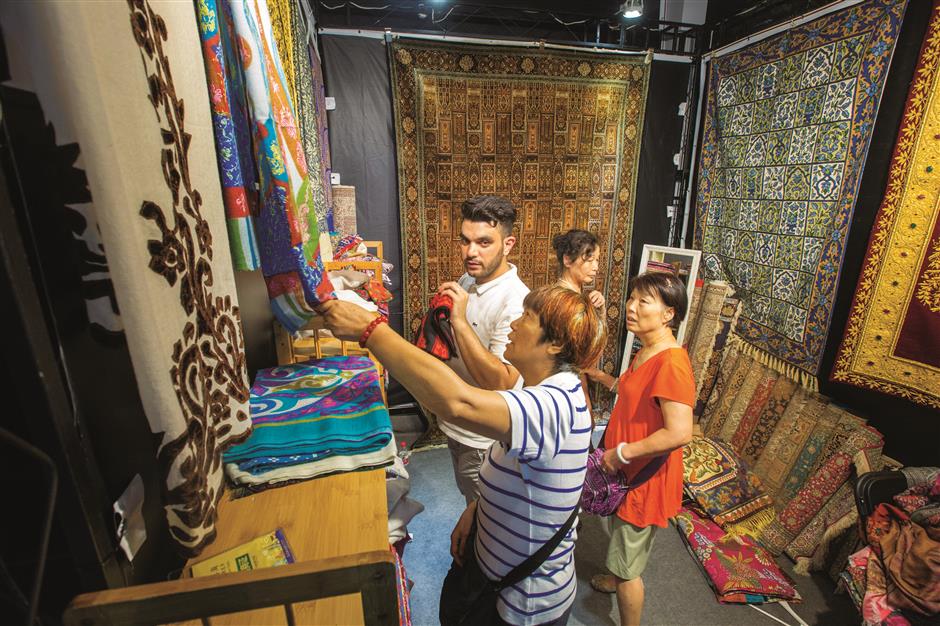 From a thriving riverside market in the Tang Dynasty (AD 618-907) beside what is now the Wulinmen Wharf, Xiacheng District has evolved into Hangzhou’s bustling downtown area.

With Wulin Square as it center — thoroughfares flanked by malls, creative and design studios, banks, fashion brands and boutiques — and Wulin culture at its heart, the district also features historic architecture, intangible cultural heritage and is home to the former residences of many celebrities and influential figures.

Now, the local government wants to build a name for the district as a cultural center to attract more visitors. As part of this strategy, it has hosted a shopping festival, poetry gala, line dance contest and e-sports competition.

“Wulin culture is the soft power of our district,” said district publicity chief Zhao Yiwen. “It can be transformed into the engine of our economy if we build our brand and boost cultural competitiveness.”

Kaola, a popular Hangzhou-based online shopping platform specializing in imported goods, was the only e-commerce company in the festival. It bought signature products from foreign companies in bulk, from linen and essential oils to coffee and exercise equipment.

Residents pick imported scarves and carpets at the shopping festival where locals can buy foreign goods at the same prices as in their country of origin.

The festival made it possible for locals to buy foreign goods at the same prices as in their country of origin. It also included national pavilions from countries such as France, Finland, Spain and Japan and a food carnival with mouth-watering snacks, drinks, ice cream and more than 2,000 different beers from around the world.

Foodies could also savor delicacies while watching magic and dance performances from India, Spain and countries in Africa.

As well as improving residents’ standard of living, the local government wants to enrich quality of life through entertainment, including the popular line dance contest and poetry gala.

A common sight in Hangzhou’s squares and public spaces as evening falls, line dancing started out mainly for middle-aged women and with relatively simple steps. But is has evolved into a collective activity that has found favor with companies and schools, and dance varieties have been enriched.

The poetry gala in Chaoming Neighborhood aimed to encourage citizens to compose and recite poems. Literature aficionados took an active part in the event, showing their love for life and their hometown.

“The poetry gala and line dance contest is part of our brand building,” said Zhao.

“They are going to be features of Wulin culture. On the other hand, we also endeavor to protect our intangible cultural heritage and historic buildings.” 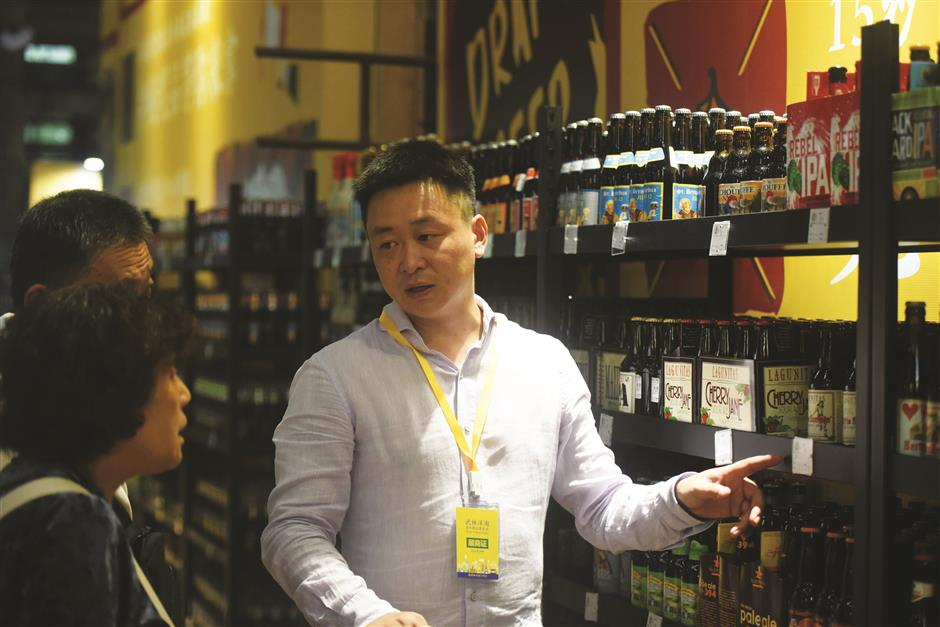 A vendor introduces imported beer to guests at the festival.

It boasts ancient crafts like brocade weaving, wood block printing and bamboo fan making. The local government has renovated key buildings used for these crafts and given the surrounding areas a facelift.

“In recent years, we have rejuvenated old industrial areas and villages on the outskirts, hoping to transform them into new towns,” said Zhao.

The E-sports Entertainment Town is going to cash in on Hangzhou’s hosting of the 2022 Asia Games, gathering about 1,000 companies, 10,000 people, and cultivating at least 10 noted clubs to build itself as a cultural and entertainment landmark.