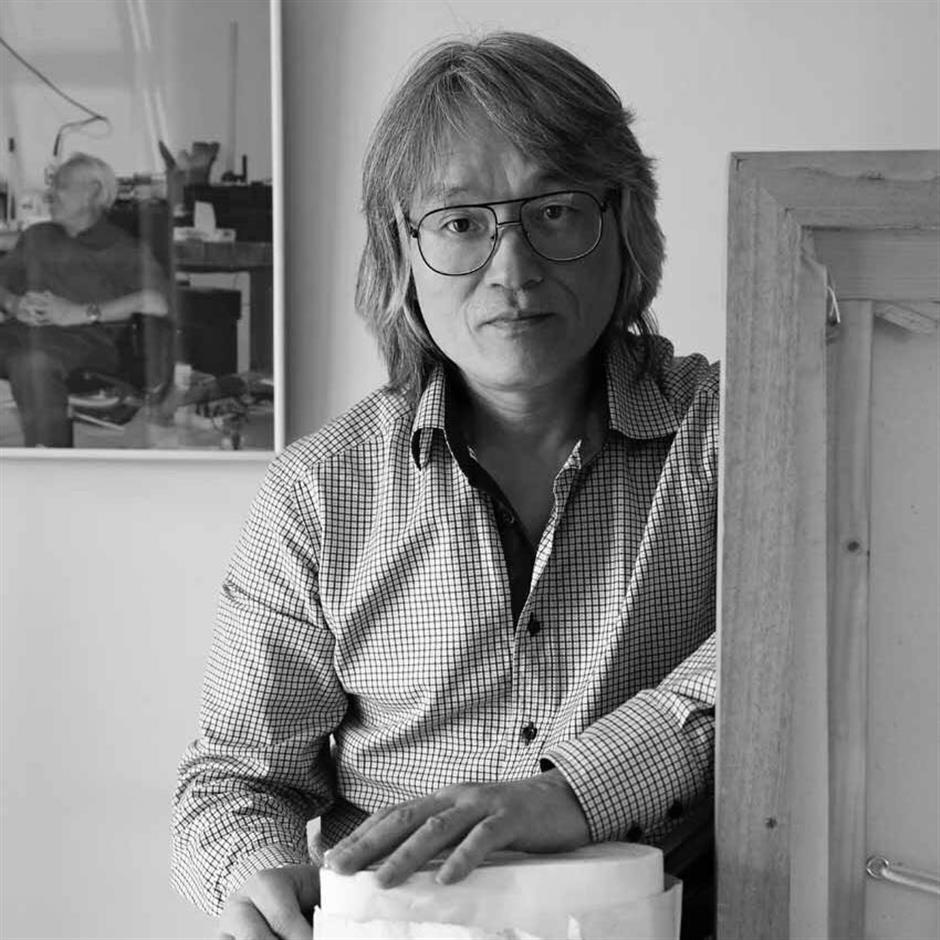 In recent years, Chinese artist Feng Xiaomin has acquired a reputation on the global art scene, following in the steps of two other big-name Chinese artists, Zao Wou-ki (1921-2013) and Chu Teh-Chun (1920-2014).

In 1948, Zao went to Paris, and seven years later, Chu arrived in the city. Like his two predecessors, Feng also left China and settled down in Paris in 1988.

Today Feng’s art is distinctively placed at luxury hotels, such as the Langham, Shanghai, Xintiandi and the Sukhothai Shanghai, in the heart of the city’s business and entertainment district.

His solo-exhibition early this year at the Opera Gallery in Hong Kong received high acclaim. Founded in Paris in 1994 by Gilles Dyan, the Opera Gallery is one of the leading international dealers of contemporary art with 13 branches around the world.

Last month, Feng came back from Paris to Shanghai for a short stay in the city where he was born and bred.

“In fact, I met both Zao and Chu in Paris,” Feng said with a smile. “Yet we seldom talked about art but chatted like long-lost friends. Perhaps we all agree art is not something to be taught.”

Born in 1959 in Shanghai, Feng, the youngest of three, grew up in a wealthy family of intellectuals. His grandfather was a noted banker.

“So my mother was quite strict with us,” Feng recalled.

“She was particularly keen on our manners including table manners or how to receive a visitor to our family.”

At the age of 6, he began to learn Chinese calligraphy. He later became an ink wash painter, achieving a certain amount of fame in the early 1980s.

However, the 20-year-old at that time wanted to see the bigger world outside and tried his luck on Paris.

He studied at the Ecole Nationale Superieure des Beaux-Arts in Paris, abandoning the medium of ink for oil and acrylic colors.

Color became the soul in his paintings from then on.

Although Feng attributes the color palette in his painting to the influence of European Impressionists who use color distinctively in their oil paintings, he says some of his inspiration indeed comes from the Jiangnan region of China — the area south of the lower reaches of the Yangtze.

His work captures its foggy atmosphere during the sunset and at dawn and dusk.

Feng also says that his painting owes much to his roots, particularly in the field of calligraphy.

His work is not pure abstract, but rather “paysagisme abstrait,” meaning abstract landscape, a term employed by Michel Ragon, when referring to Zao.

“Vacancy, stillness, placidity, tastelessness, quietude, silence, and doing-nothing are the root of all things,” he explains. 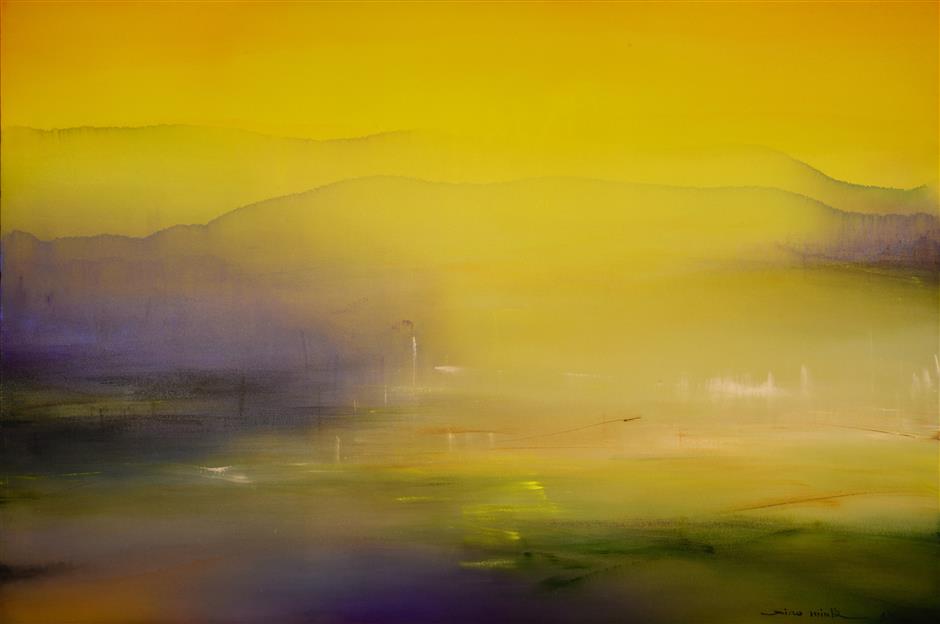 Feng no longer gives his paintings titles, believing that naming his work prevents viewers from making up their own minds.

Q: Why did you switch your art path from ink-wash after arriving in Paris?

A: Because there was no room for ink-wash painting especially themed on traditional Chinese subjects such as birds and flowers. I felt fortunate that I realized this early.

Q: Did you have a hard time when you first arrived in Paris?

A: It was just like “Les Miserables.” I was unable to sell my ink-wash paintings and I had only a little money with me at that time.

I had to earn a living on this foreign land. I went to an interview for a waiter’s job at a local restaurant.

Guess what, I still lost the job after the first day, because I didn’t know how to open a bottle of champagne.

Q: Then how did your big break come?

A: Very shortly I met a French film director at the restaurant where I worked. He offered me a role in a documentary. The documentary was about a Chinese artist who found his inspiration when visiting the minority groups in China.

What a big, big twist in life! After the documentary, I was on the right track because I extended my social network and entered the mainstream in Paris, and of course, I no longer needed to worry about “my bread.”

Q: What’s the influence your several decades in Paris have on you and your art?

A: It thoroughly changed my values, otherwise my paintings won’t appear as you see now.

I can’t say that I am indifferent to fame and money, but I really don’t make too much of it. For example, one Chinese collector saw a picture of one of my paintings and he wanted to buy it.

He asked me to take it with me when I was back in China. But the more I looked at the painting, the more dissatisfied I got, so I tore up the painting, which seemed to be an insane act to my Chinese peers. However, I don’t think so, it is just what an artist does.

Q: Some say that your canvas is permeated with a strong Chinese philosophy. Where do you get your inspiration?

A: It largely comes from “Tao Te Ching,” the classic of the way and virtue by ancient philosopher Lao Tzu, such as wuwei (do nothing) and wubuwei (do everything).

In fact, I translated “Tao Te Ching” into French in 1999, and I used my painting to match with the lines in the book. As a result, the book was one of the best-sellers in the French art field over the years, selling nearly 25,000 copies so far.

A: Riboud approached me for a joint exhibition. The exhibition, which showcased both his pictures and my calligraphy in 2004, was well received by the public. Riboud was a very smart old man. By the way he still owes me a picture that he promised. Hahahha!

Q: Many say that you will be the successor to Zao and Chu. Do you feel pressured?

A: Surely, I feel greatly flattered if my artworks could be compared with them.

But it is still too early to say, and I think there is still a long way for me to climb up to that position. 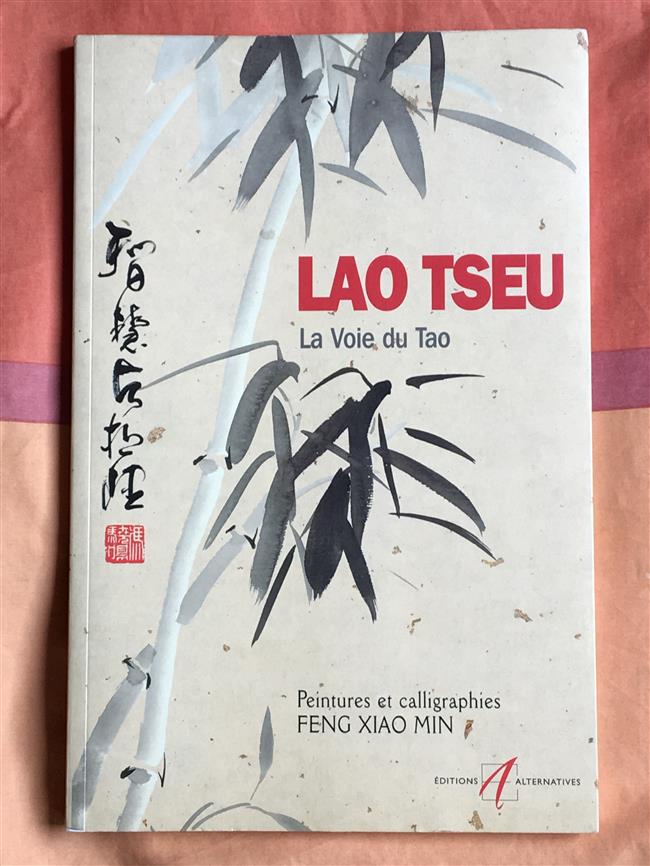