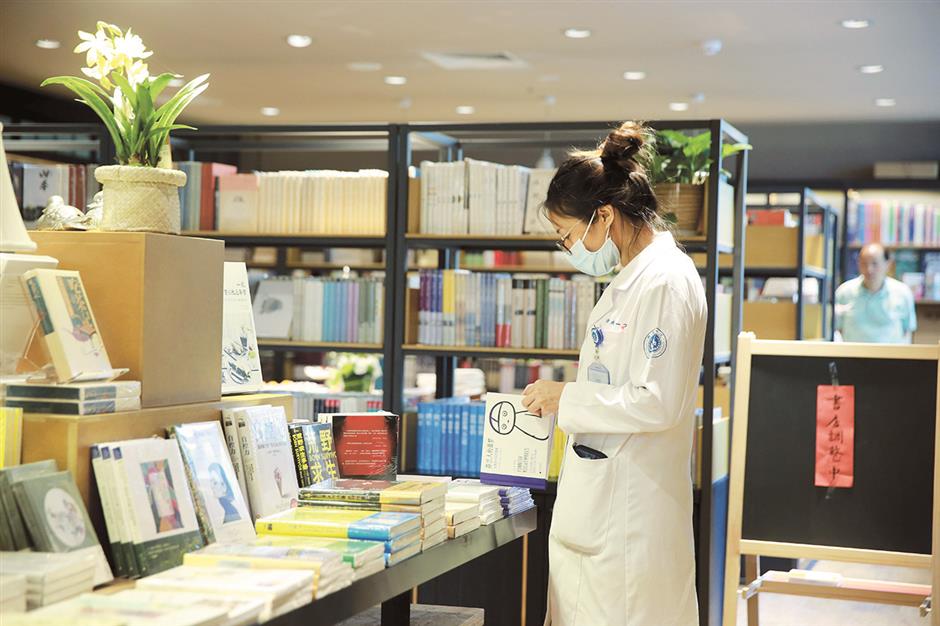 An ancient library inside Zhejiang Province First Hospital has been resurrected into a modern bookstore.

The bookstore, Crane Pavilion, the library’s original name, intends to provide a tranquil reading venue for doctors and patients and host medical lectures.

According to historic archives, two brothers, surnamed Ding, in the Qing Dynasty (1644-1911) built it as a private library.

The Ding family was a mogul in book publishing industry at the time. As of one of the four most renowned bibliophiles in the Qing Dynasty, the library held around 200,000 books on its shelves.

The rejuvenated bookstore was constructed under the cooperation of the hospital and Xiaofeng, one of the top 10 privately owned bookstores in Zhejiang Province. City newspapers always use its bestseller list as a barometer of the book industry.

Hangzhou had been the center of the book publishing industry since the Song Dynasty (960-1279). Its books found favor with the literati because of its high quality and elaborate making techniques.

Archival material suggests more than 36,300 ancient books were once collected in the pavilion. Importantly, the pavilion played the role of a library for scholars in the past.

In the Qing Dynasty, the royal court built the pavilion with an aim of preserving Siku Quanshu, or the Complete Library in Four Divisions, which was China’s largest ancient encyclopedia with an annotated catalogue of 10,680 titles along with a compendium of 3,593 titles. Today, only four copies of Siku Quanshu exist in the country. Wenlan Pavilion has one.

During the Taiping Heavenly Kingdom (1851-1864), 70 to 80 percent of Siku Quanshu was ruined. The Ding brothers broke into the pavilion and rescued the rest. In the next seven years, they employed more than 100 amanuenses (literary assistants) to copy the lost 26,000 scrolls. The repaired encyclopedia was returned when the pavilion restored.

At present, Wenlan Pavilion is a part of Zhejiang Museum. Its location at Solitary Hill makes it popular with tourists around the West Lake. Though the precious books are not available for visitors, its traditional Chinese gardens and mysterious collections are still attractive.

Address: At the south slope of Solitary Hill

How to get there: Take Bus No. Y10, get off at Zhejiang Museum stop 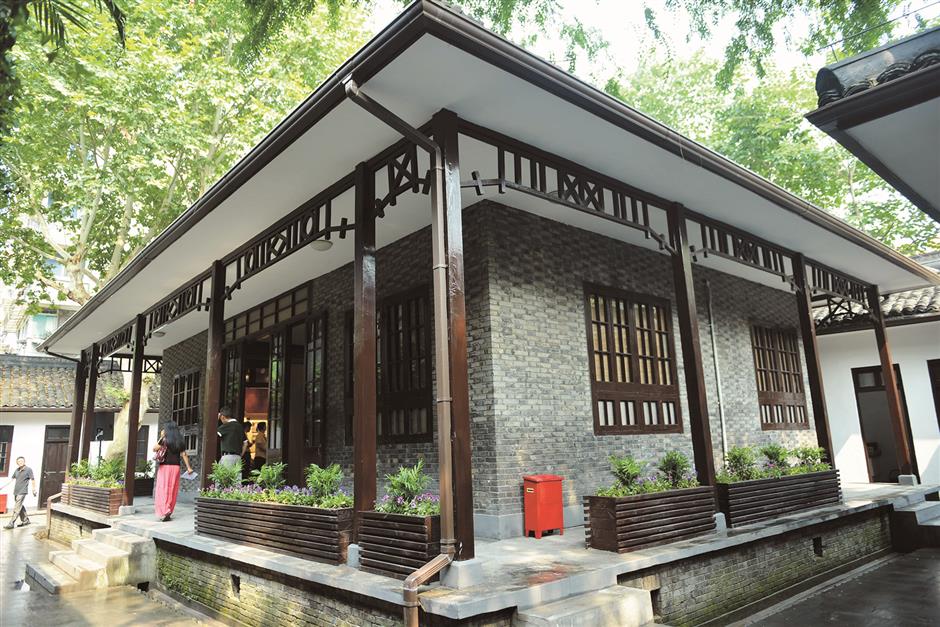 Fengyu Maolu is a Chinese bungalow in downtown. It is a residence rather than a library. Yu Dafu, modern Chinese short story writer and poet designed the house in 1936. At one time, there were 9,000 books collected by Yu in the residence, but all were destroyed during the War of Resistance against the Japanese Aggression (1931-1945).

It is said that Yu spent a large amount of money on the house, which he built it for his wife, Wang Yingxia. The bungalow was regarded as the testimony to their love, although their marriage later broke down.

Yu received a traditional Chinese education in Hangzhou. After the start of the war, he wrote many works about the war. One of his early works is “Chen Lun,” published in 1921, also his most famous. It gained immense popularity in China, shocking the world of Chinese literature with its frank dealing with sex, as well as grievances directed at the incompetence of Chinese government at the time.

How to get there: Take Bus No. 31, get off at Daxue Road stop 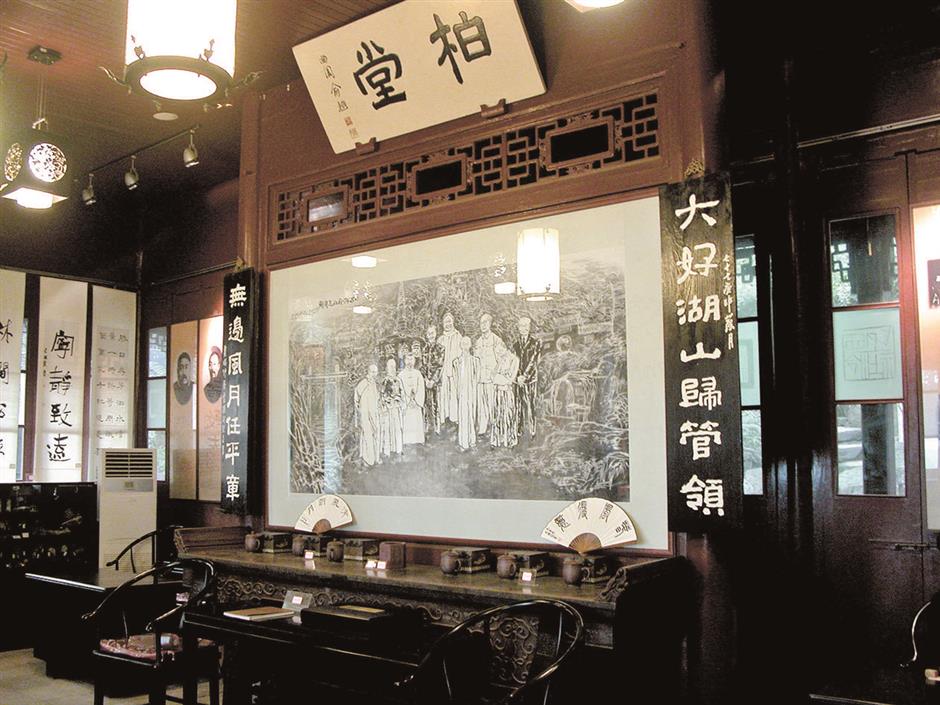 Not far from Wenlan Pavilion is Yu’s House. Yu Yue, a renowned scholar in the late Qing Dynasty, found the West Lake a perfect place for a library. He built the house facing the West Lake and dubbed it the “first building of the lake.”

Yu taught in the building for more than 30 years between 1862 and 1908. Famous students included patriotic revolutionist Zhang Taiyan and the prestigious ink-wash painter Wu Changshuo. As a bibliophile, Yu collected tons of books in the house. Meanwhile, his manuscripts and works were also preserved there.

In 2002, Hangzhou government revamped the house and opened to the public. Today, tourists can take a close look at the scholar’s private collection and learn about his achievements through exhibits on view.

Address: At the south slope of Solitary Hill

How to get there: Take Bus No. Y10, get off at Zhejiang Museum stop

In the late Qing Dynasty, the city had developed into a mecca for bibliophiles. Private libraries were set up across the city and a myriad of ancient books were protected. Though most of them were destroyed throughout social unrest, a few survived and became proofs for the past glory days. Shanghai Daily takes a look at these venues and picked out three well worth a visit.