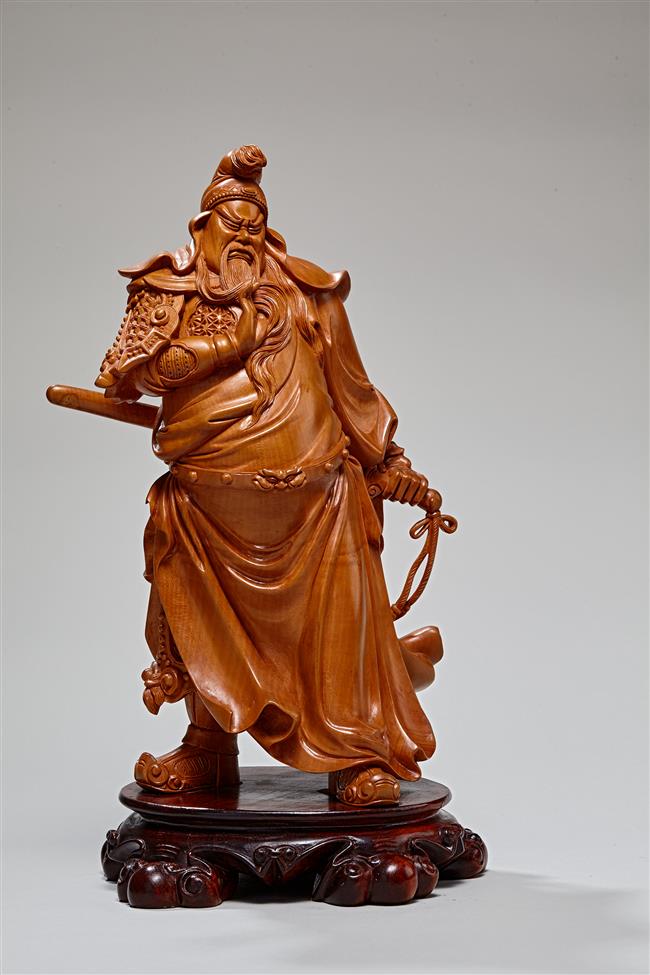 An exhibition featuring 300 boxwood carvings by 90 artists is underway at the Crafts Museum of China Academy of Art, running through June 12. Visitors can see work by the descendants of the man credited with being the first boxwood carver.

Yueqing boxwood sculpture, along with Dongyang wood sculpture, originates in Zhejiang Province. Yueqing County is located in the southeast of the province.

Boxwood carving began in Yueqing during the late Qing Dynasty (1644-1911). The little cowherd Ye Chengrong watched an old craftsman in a temple sculpt a Jade Emperor figure from clay and tried to imitate him.

The old artisan was so moved that he took on the cowherd as an apprentice. One day when Ye had mastered working with clay, a local craftman picked up a boxwood branch and asked him to carve a hairpin.

Ye found the boxwood was tough but that it had a fine, smooth texture and superior to other wood, so he dedicated himself to the new medium.

Boxwood-carving became closely associated with Taoist temples in the area. Artisans carved wood into dragon-shaped stools to ward off evil spirits and pay homage to ancestors.

In Yueqing, craftsmen began to make floral patterns and use religious motifs, mythical creatures and human figures as archetypes, and the dragon stools evolved to become more ornate.

At the beginning, boxwood carvings were used in rituals and religious ceremonies, but gradually developed into simple decorative objects.

Many of Ye’s offspring took up carving. Some established workshops dedicated to handing down the craft. The Ye family established a professional association, and the carvings were shipped overseas and markets grew in other countries during the Republic of China (1912-1949).

Visitors to the exhibition can linger over some wondrously detailed boxwood figurines from these renowned sculptors. Vivid figures and a glossy finish characterize the exhibits. 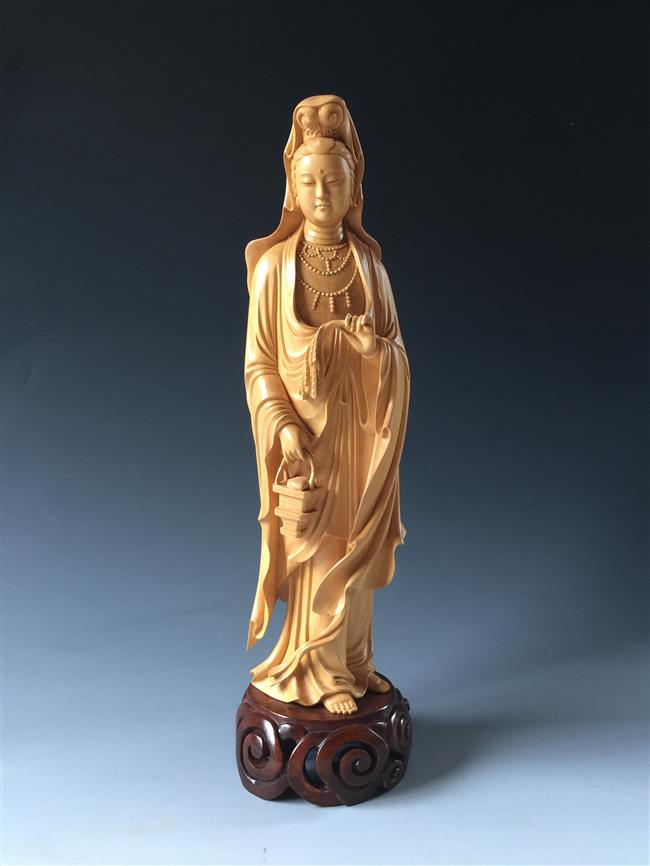 Wu Yaohui, 55 years old, has been sculpting for more than 28 years. He was apprenticed to master Ye Runzhou. In April 2018, Wu was named a “National Master” by virtue of his superb technique.

One of Wu’s works in particular has caught visitors’ attention. It depicts a scene from the Tang Dynasty (AD 618-907) of people playing an ancient Chinese football game called cuju (蹴鞠). The smooth lines and dynamic bodies vividly reflect players’ vibrancy and energy. It is the earliest form of football recognized by FIFA.

Boxwood is a slow-growing shrub or small tree, typically 1-6 meters tall. Although boxwoods are common throughout Zhejiang Province, only trees over 50 years old are suitable for carving. Generally, the trunk of a a 50-year-old boxwood is only about 15 centimeters in diameter.

The scarcity of suitable material makes boxwood carvings precious. Its value approaches that of other precious materials and stones. The carvings darken over time, giving them their treasured patina.

Yueqing once was abundant with boxwood, but with the growth of sculpting, they were used up and sculptors now have to import from Hubei Province, increasing costs.

A single boxwood sculpture takes months to finish. It goes through several stages of molding, cutting, carving, polishing and lacquering before it is complete.

Date: Through June 12, closed on Mondays 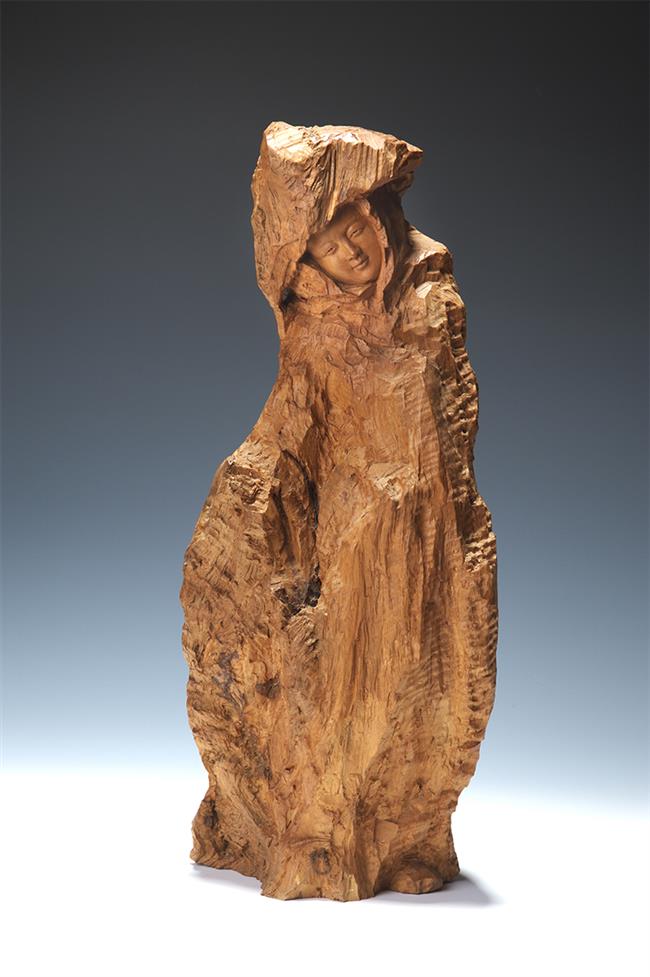 “Daughter of Ocean” by Gao Gongbo