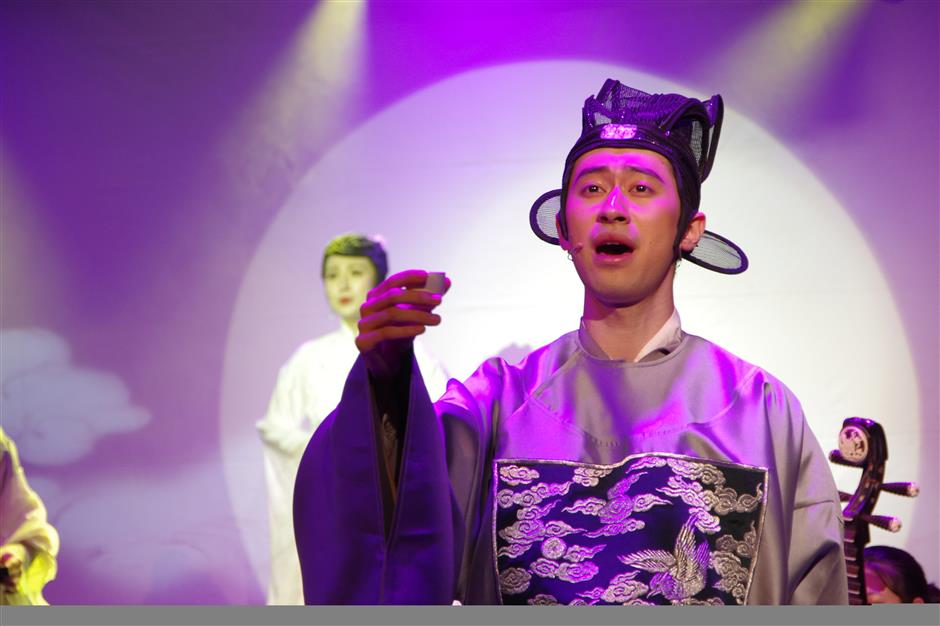 A musical about Tang Xianzu, a Chinese playwright of the Ming Dynasty (1368-1644), debuted in front of a Western audience during the Edinburgh Festival Fringe.

Tang was a Jiangxi Province native whose career as an official consisted principally of low-level positions. He retired at the age of 48 and focused on writing. The musical “Tang and Four Dreams,” created by Shanghai Conservatory of Music, tells his story.

Tang’s major plays are collectively called the “Four Dreams” because of the decisive role of dreams in the plots. They are still performed on the Kunqu Opera stage.

“Tang and Four Dreams” was performed at the Fringe from last Wednesday to Friday before moving on to London’s Shaw Theatre on Sunday. It will be performed at Theater im Zimmer in Hamburg, Germany, today.

The 16-member crew consists of 10 instrumentalists and six actors from Shanghai Conservatory of Music. Piano, strings and traditional Chinese instruments combine in the score.

According to composer Xu Jianqiang, he has blended traditional music with contemporary elements to appeal to the young Western audience.

“The story may help the Western audience establish an emotional connection with China. But the way of telling Chinese stories has to evolve with the times,” said Xu.

Multimedia projections have replaced traditional sets, with elements borrowed from Chinese calligraphy and paintings incorporated into the show.