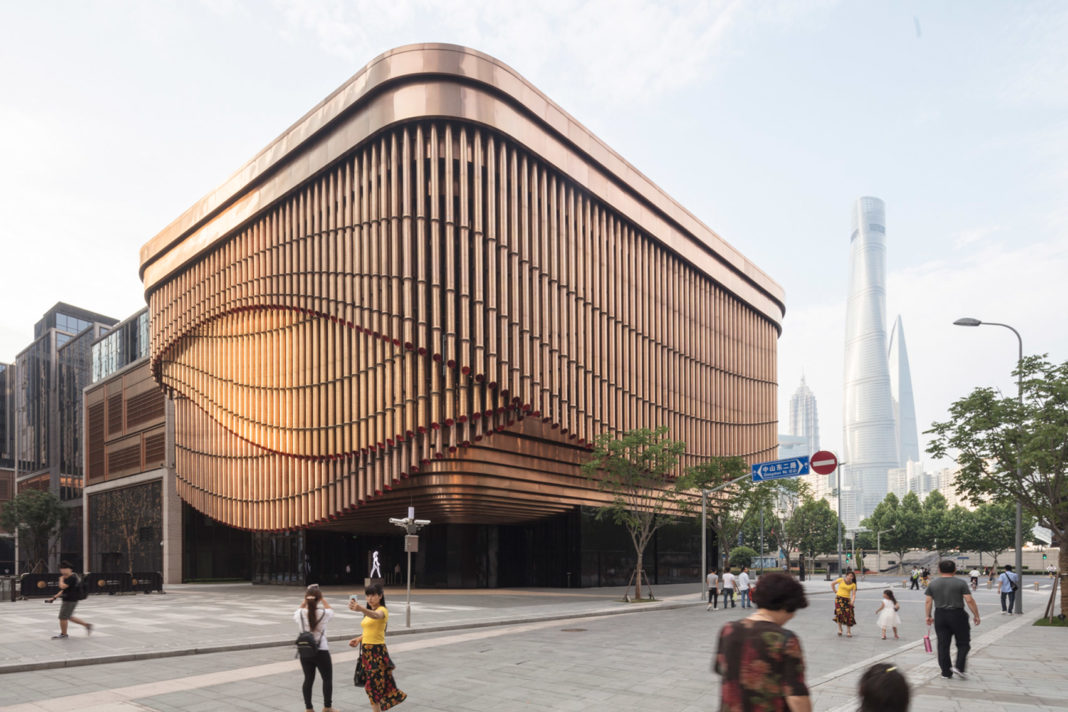 Images have emerged of a new arts and culture center by Foster + Partners and Heatherwick Studio, which forms part of a new financial quarter the two firms are building on Shanghai’s waterfront. 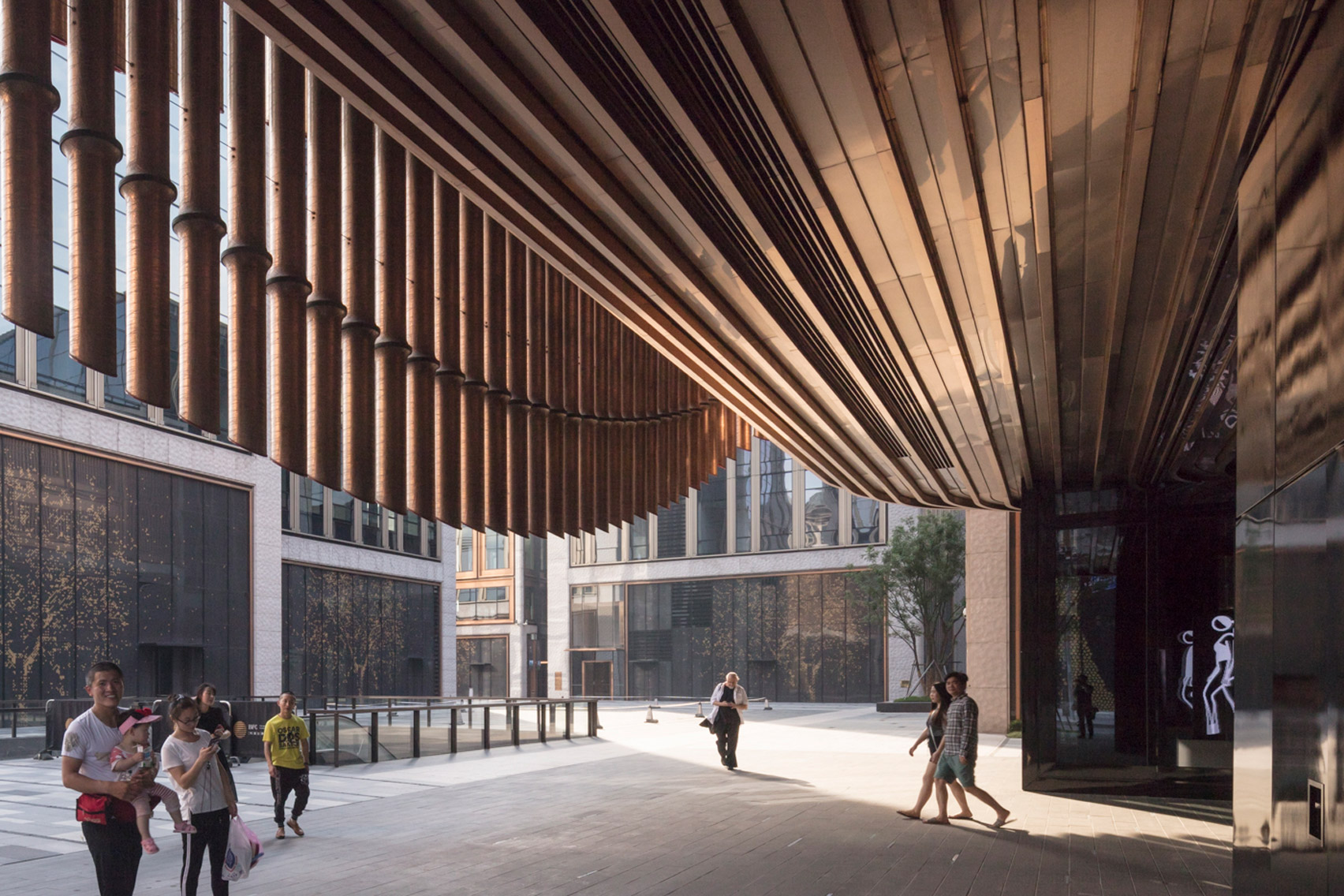 The Fosun Foundation is the centrepiece of the Bund Finance Center, a new mixed-use complex designed by Norman Foster’s architecture firm and Thomas Heatherwick’s design studio for the end of famous Shanghai street The Bund. 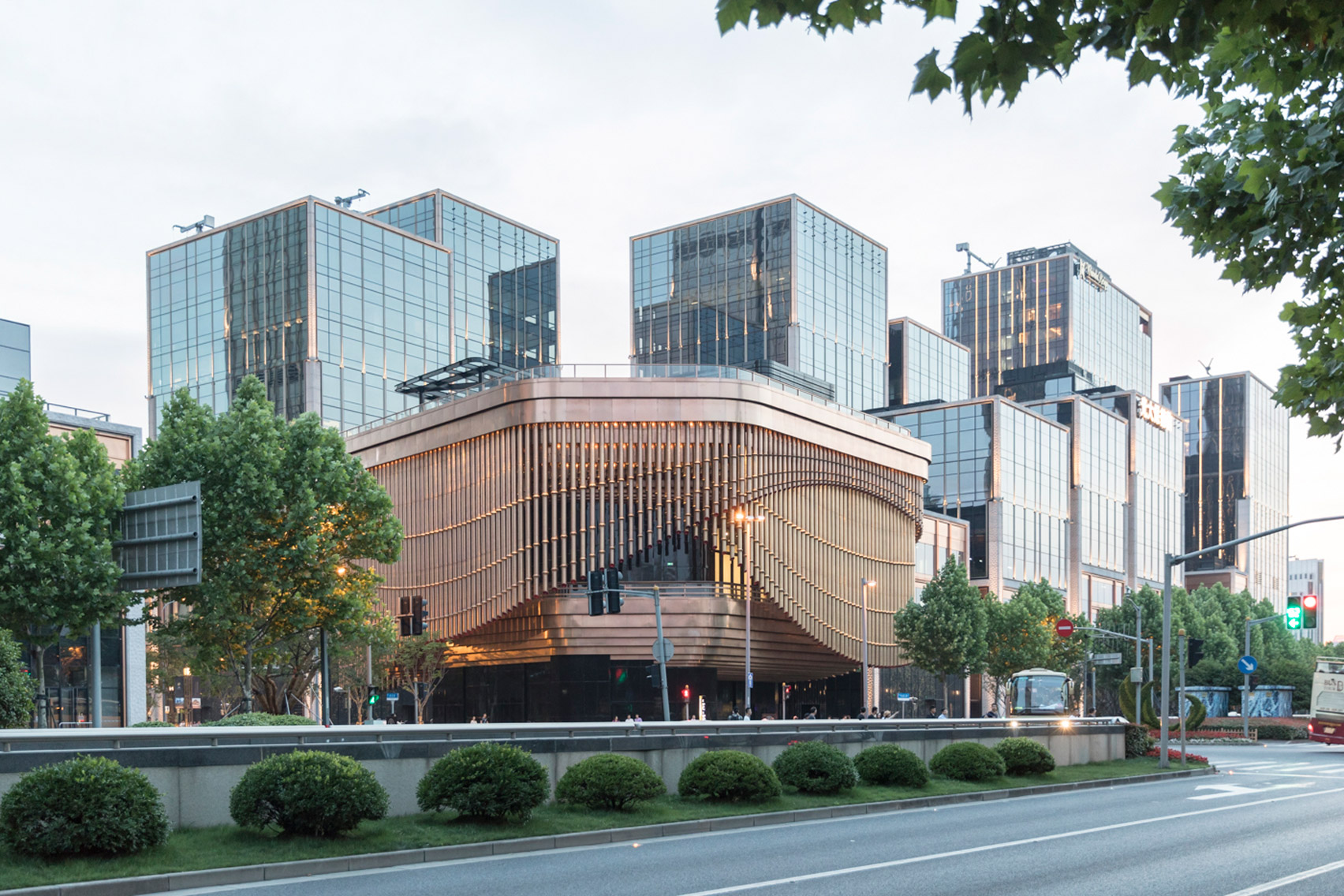 The 190,000-square-metre development is still under construction, but these new images by photographer Laurian Ghinitoiu show that the new cultural centre is now complete. 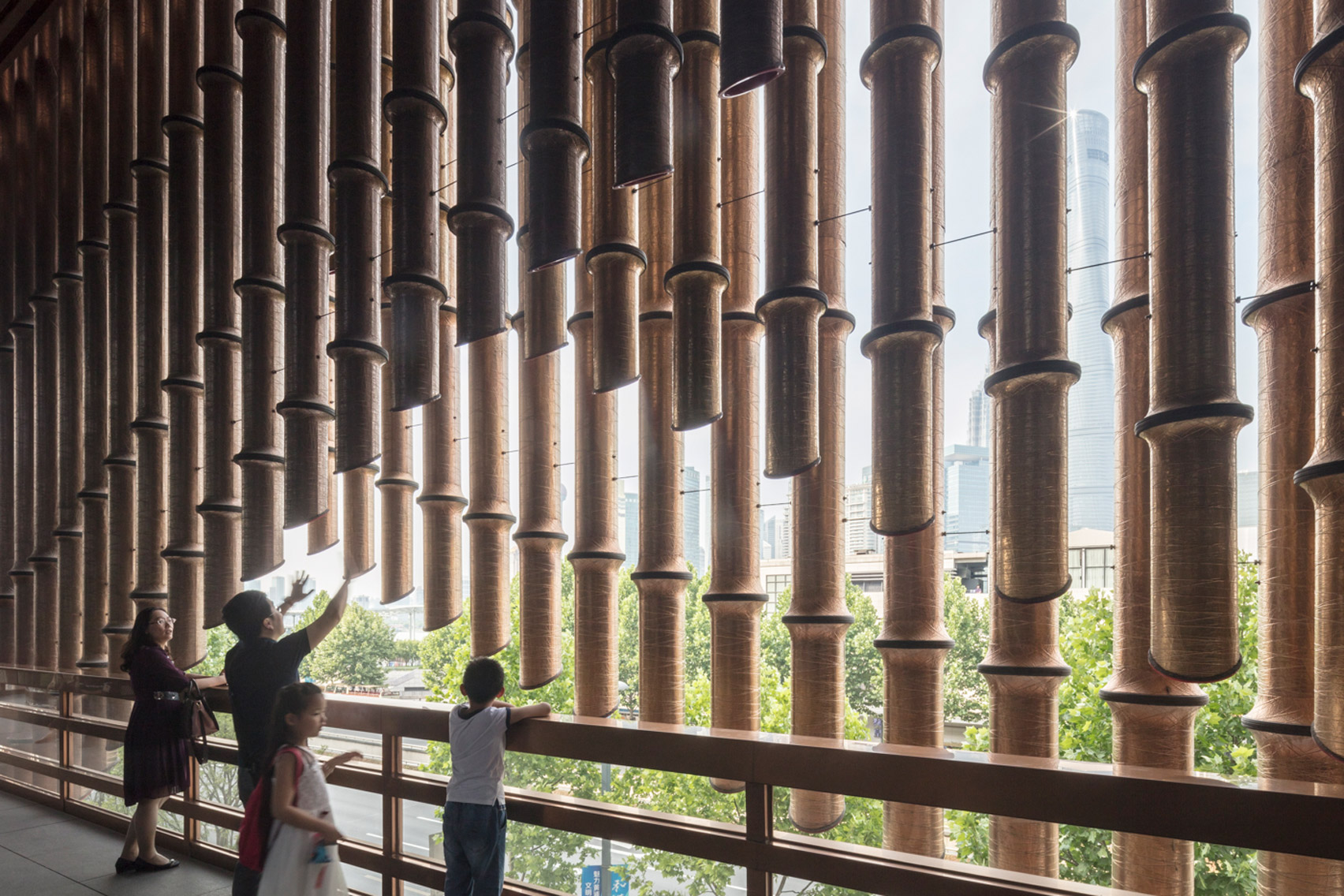 Inspired by traditional Chinese theatres, the three-storey building features a curtain-like facade of bronze tubes. These tubes hang in three layers, creating semi-transparent screens in front of windows and balconies. 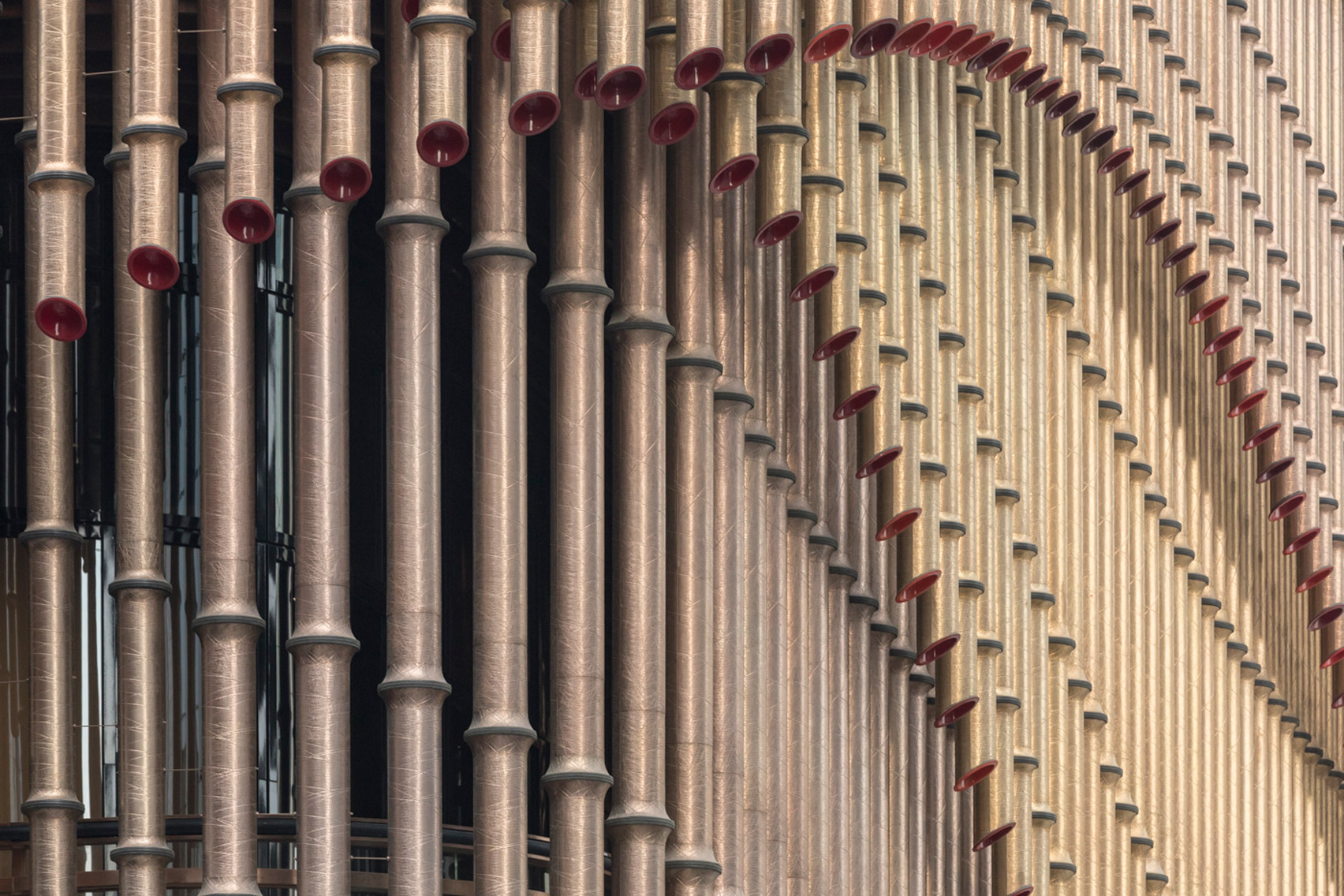 When the design was first announced, the architects described this facade as “a moving veil, which adapts to the changing use of the building, and reveals the stage on the balcony and views towards Pudong”. 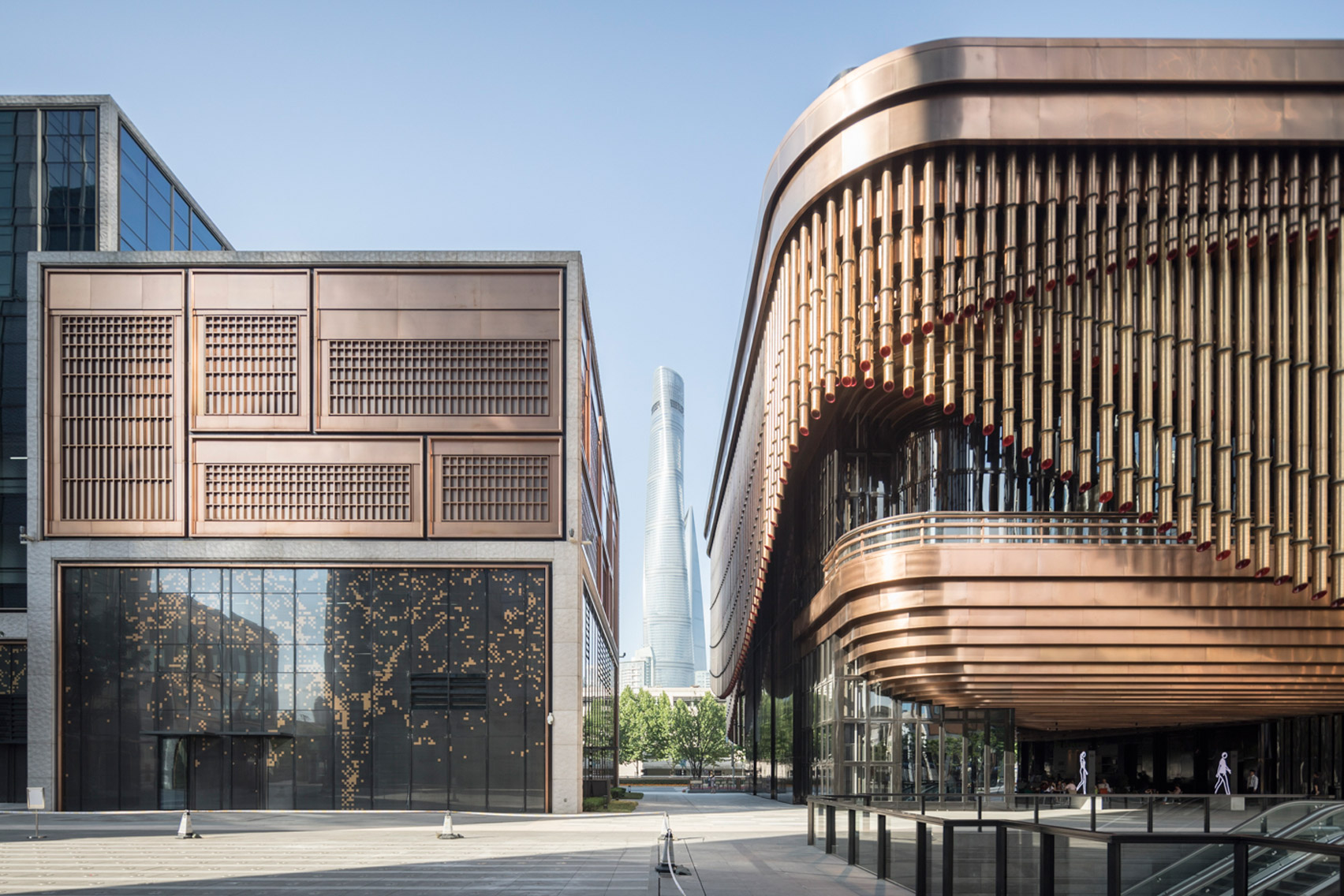 As well as the main theatre auditorium, the 4,000-square-metre building also contains a series of exhibition and events halls, including one on the roof.

But both firms will by now be used to teaming up with other big-name architects and designers. Heatherwick Studio is working with Danish firm BIG on the Google HQs in California and London, while Foster + Partners has paired up with Mexican architect Fernando Romero to design the new Mexico City airport.