Ukiyo-e, or “pictures of the floating world,” is the epitome of classical Japanese art. It refers to a style of polychrome woodblock prints and paintings from the Edo period (1603-1868), mainly depicting beautiful women and kabuki actors, as well as nature and scenes from Japanese history.

A ukiyo-e exhibition is underway in Zhejiang Saili Art Gallery through October 6. All of the paintings are private collections of a Chinese connoisseur with masterpieces from painters, including Utagawa Hiroshige, Katsushika Hokusai and Utagawa Kuniyoshi. 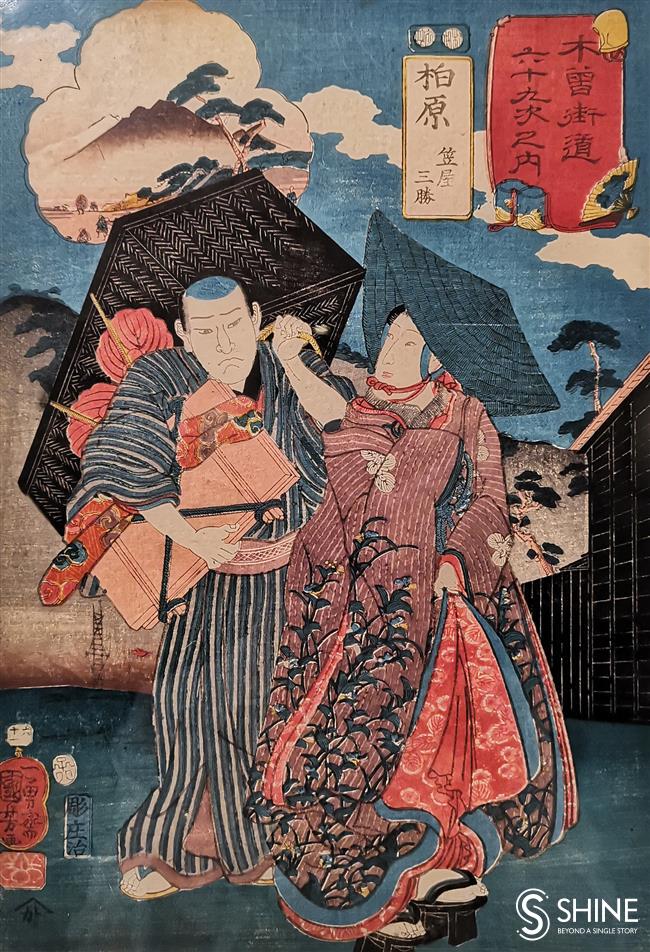 A piece of work by Utagawa Kuniyoshi, one of the leading ukiyo-e artists

Chinese woodblock printing technology thrived in the Southern Song Dynasty (1127-1279), spread to Japan and gave a boost to the development of ukiyo-e.

Early Japanese artists were inspired by Chinese ink-wash paintings, creating monochrome works integrating the painting techniques of China. Later, they shed the Chinese influence to develop their own Japanese style.

In the exhibition, works by Hokusai are the most popular with visitors. Hokusai produced his most important works after the age of 60, switching from portraiture to landscapes, plants and animals, which broadened the styles and themes of ukiyo-e.

His signature prints “Thirty-six Views of Mount Fuji” are considered the pinnacle of ukiyo-e. The roaring waves in the picture have been used to represent Japanese art for years and have been printed on many consumer products.

This mountain by virtue of cultural and religious significance was an obsession of Hokusai. He saw the mountain as the source of secret of immorality.

Apart from him, other printmakers also took Mount Fuji as one of the most common themes.

At the exhibition, visitors can find Fuji in Hiroshige’s prints. Sometimes the mountain is the background, and sometimes becomes the main subject. He portrayed Fuji shrouded with mist, or covered with snow, through simple lines and strokes.

Hiroshige is best known for his horizontal-format landscapes with poetic ambience. He used muted shades to reflect the light changes and color gradation in nature.

His work had a deep influence on Western painting as a part of the trend in Japanism in the 19th century. Hiroshige’s use of flattened perspective, unmodulated colors and innovative compositions inspired Vincent Van Gogh, an avid collector of ukiyo-e, who painted copies in oils.

He famously copied Horishige’s painting “Sudden Shower over Shin-Ohashi Bridge and Atake,” and named it “The Bridge in the Rain.”

The travel prints are common in Horishige’s work. They generally depict travelers experiencing the special attractions along famous routes. Travelers are in the rain, in snow, and during all of the seasons, through which the painter reflected the beauty of landscape.

Horishige’s death marked the beginning of a sharp decline in the ukiyo-e genre.

Kuniyoshi’s prints share a similar style to Horishige’s, since they both belong to Utagawa School, the most noted and powerful school of ukiyo-e in the 19th century. 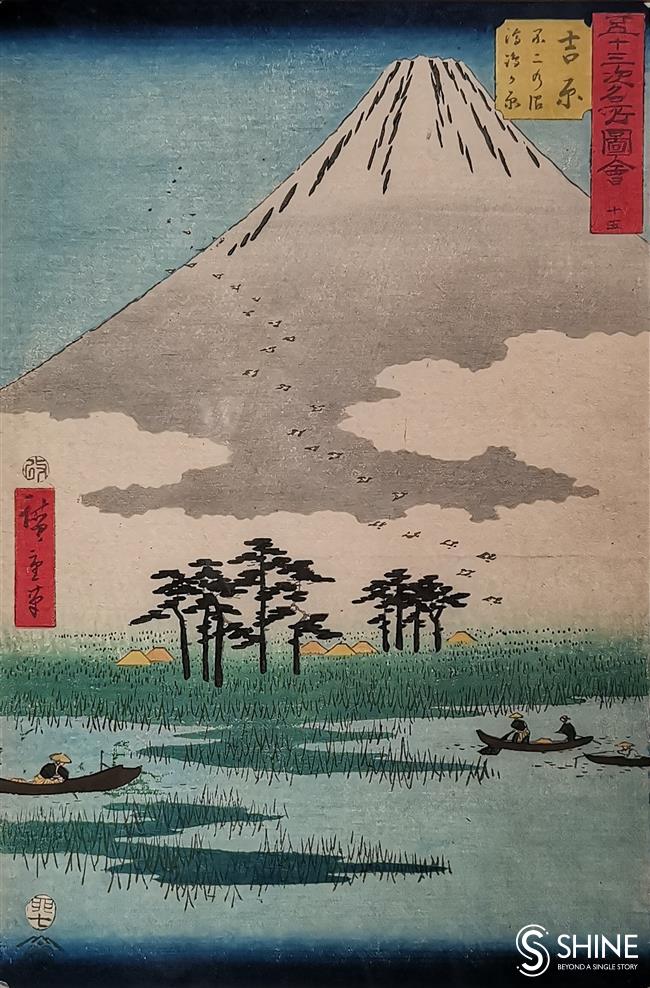 Mount Fuji is one of the most common themes in many ukiyo-e works. 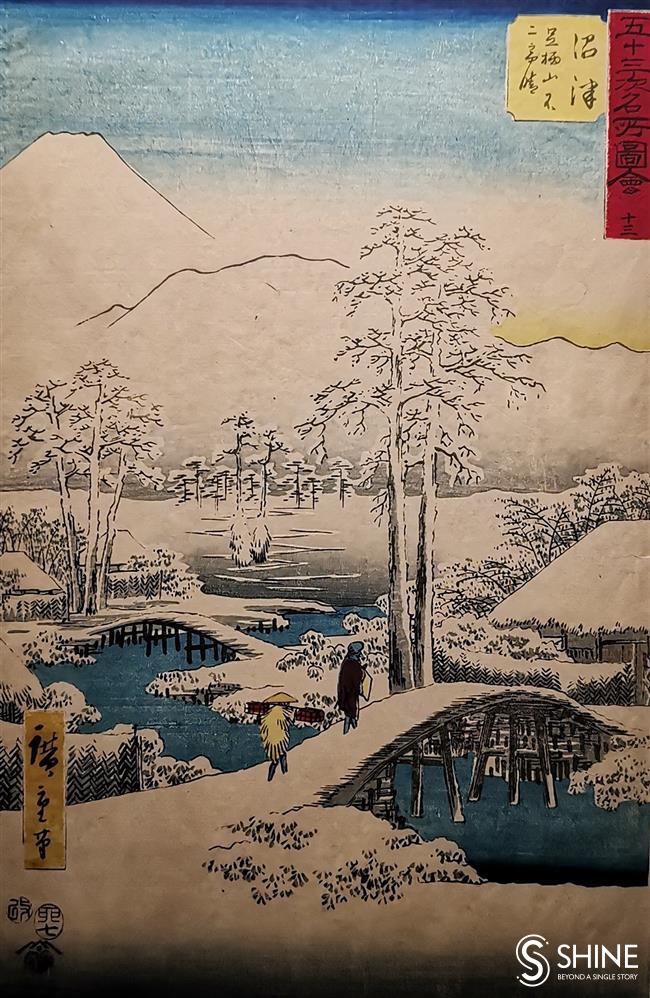 The travel prints are common among Utagawa Horishige’s works.

His realistic depictions of idealized females were often dressed in the latest fashions and posed in scenic locations. Visitors can learn about trends of Japanese women’s cosmetic and couture through his work.

If visitors pay attention to his other works, they may discover a cat in a nook of many prints. The printmaker was famous for loving cats, and often used them as a theme, or in a backdrop.

Well-known warriors and swordsmen of legends were also frequent subjects of Kuniyoshi’s prints. The demand for his warrior prints helped him enter the major ukiyo-e and literary circles at the time.

His warrior prints were unique since they depicted legendary popular figures with ghostly apparitions, omens, dreams and superhuman feats. These new themes satisfied the public’s growing interest in the ghastly, exciting and bizarre style at the time.

Date: Through October 6, closed on Mondays