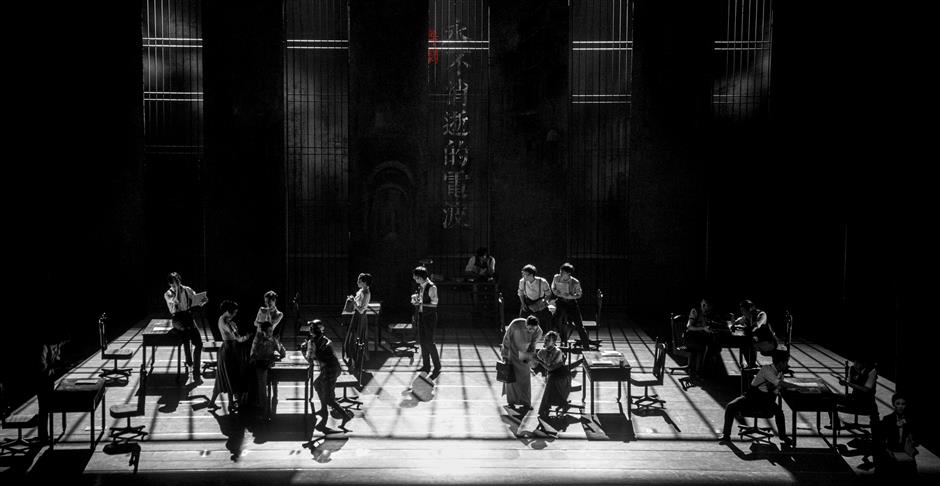 The story of a man who sacrificed his life as a secret telegraph operator in the war against Japanese invaders, a ballet inspired by paintings in the Mogao grottoes of Dunhuang and the backstory of China’s first domestically manufactured aircraft are among the diverse repertory of the 12th China Art Festival that opens next month in Shanghai.

China’s top arts festival, held every three years, is coming to Shanghai for the first time. It will bring 51 shows from art troupes across the nation to 19 city venues that include the Shanghai Museum of Art and the Shanghai Exhibition Center. The festival will run from May 20 to June 2.

There’s a genre to please every art lover, from dance, stage drama and folk opera to more than 1,200 works of calligraphy, photography and paintings.

“It is important to bring performances, artworks and cultural products to the people,” said Yu Xiufen, head of Shanghai’s culture and tourism bureau. “We will also host more than 60 charity performances, taking artists to neighborhoods, public areas and schools.”

Live streaming will be used to take the shows to larger audiences outside venues.

Marking this year’s 70th anniversary of the founding of the People’s Republic of China, the festival is a mix of reinterpreted classics and new creations inspired by true stories to showcase the nation’s ancient heritage and modern, contemporary life.

The festival will end with two awards: the Wenhua Award for professional theatrical artwork and the Qunxing Award for the best amateur artists.

Here is a sample of the festival’s playlist.

The martyr as a common man who overcomes frailties

The festival will open with the dance drama “The Unfailing Radio Wave,” an adaptation of the popular 1958 namesake spy movie. The show, an experimental theater performance of the Shanghai Dance Theater, was critically acclaimed when it premiered in Shanghai at the end of last year.

“A hero is a man who has love and fear, joy and anger, but his faith leads him to sacrifice himself,” Wang Jiajun, the theater’s lead dancer, told Shanghai Daily.

Based on a true story, Wang plays protagonist Li Bai, a young man who set up a secret station in 1930s Shanghai during Japanese invasion. He sent telegraph messages conveying key intelligence for the next 12 years, until he was arrested and killed just before Shanghai was liberated in 1949.

There have been dozens of adaptations since the original movie first screened in the 1950s. In many of them, Li has been portrayed as a martyr, sometimes too glorious to be believed.

The new dance drama received a 9.3/10 rating on douban.com, China’s IMDB. Many netizens said they were impressed by the refreshing retelling of a story so familiar to them. They cited the superb combination of realistic set designs and lighting that recreated the atmosphere of the city in the 1930s, with shikumen, or stone-gate houses, and longtang, or back alleyways.

The script was faithful to the most dramatic and visually spooky parts of the original movie, including thrilling espionage and romantic love scenes. The seamless integration of projections, live performances, sound effects and music portray familiar, ordinary man who fell in love with a comrade, struggled with fear and died for a noble cause.

“The hero stories from our childhood are kind of vague today, leaving just a general image of a patriot who sacrificed himself for the birth of a new China,” said 24-year-old office clerk Xu Liyan, who became a fan of the Shanghai Dance Theater after watching the show. “It’s a pity that such fascinating stories are left to vague cliched impressions.”

“Young people like me are not easily impressed by patriotic stories, but I cried while watching this dance,” he said. 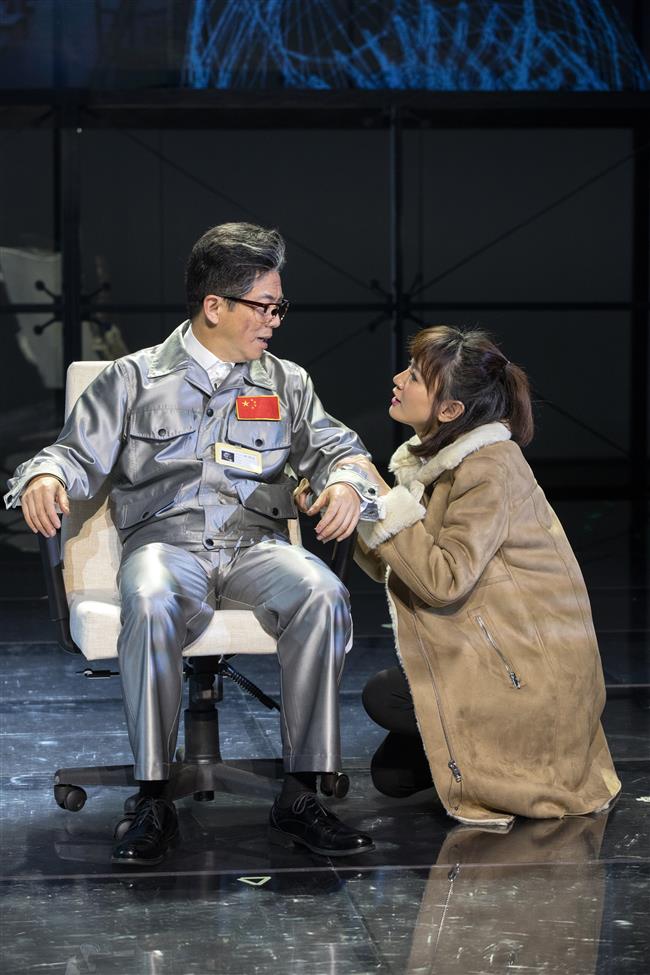 The stage drama “The Heart of Heroes” is inspired by the real stories of the men and women behind China’s first domestically manufactured aircraft.

The stage drama “The Heart of Heroes” is one of the most highly anticipated shows in the festival. It is inspired by the real stories of the men and women behind China’s first domestically manufactured aircraft.

The China-made ARJ21 and C919 jets have been much in the news, especially after the C919, the country’s first domestically developed narrow-body passenger aircraft, made its maiden flight in Shanghai in May 2017. Despite all the fanfare, little was known about the people behind the huge aviation success.

“The birth of home-developed aviators was like adding a pair of extraordinary wings to China’s dream of building a strong nation,” drama scriptwriter Wang Jian explained. “Showcasing their touching stories is our tribute to them.”

“The Heart of Heroes,” a work by Shanghai Dramatic Arts Center, is based on true stories of the engineers, pilots and other technicians, across different generations, who worked for more than a decade on the C919.

Playwright Wang and director Hu Zongqi faced the challenges of distilling very technical work into something that would resonate with general audiences. The creative team collected stories from interviews — the engineer who could only see her child once a month because she devoted all her time to her work and the pilot who risked his life to test every jet model under different weather and circumstances.

The set and multimedia designers of the drama also explored new avenues of visualizing the experiments, the failures and the countless discussions surrounding the project. 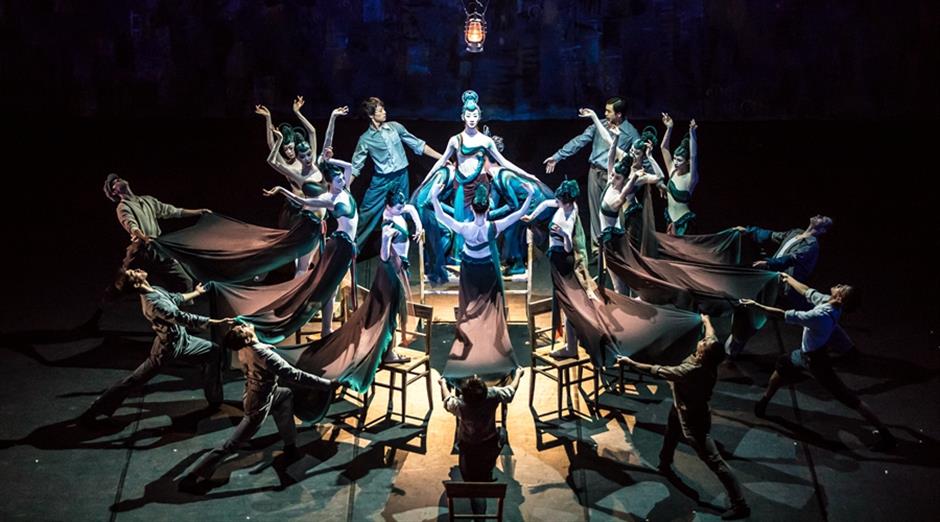 The Mogao caves, famed for the statues and murals that depict the diversified cultures of the ancient Silk Road in Gansu Province, are one of China’s most popular tourist attractions.

The ancient grottoes outside Dunhuang are a sacred site that has inspired artists since they were discovered. Many contemporary artists, filmmakers and dramatists have created new works inspired by the Mogao caves.

The ballet “Dunhuang” by the National Ballet of China is a standout example. First staged two years ago, it answered the question: Could Dunhuang be presented through ballet?

The mural-rich cave paintings that so impress visitors illustrate scenes that involve dance and music. The rich costumes and vivid gestures of the ancient dancers that decorate the grotto walls inspired modern artists to create a unique genre of dance.

But how can ballet, a Western dance form, fit in here?

“Most people are impressed by the glorious paintings of the Mogao caves, and we wanted to remind them of those who have made the preservation of such arts possible,” said ballet choreographer Fei Bo.

Fei visited the grottoes many times, even once living there for three months to work with grotto museum personnel every day.

To bridge the past and present, Western and Chinese, the ballet drama tells the story of a Paris-based Chinese violinist who visits the Mogao caves and falls in love with an artist who works there doing painting and sculpture replicas.

Fan Jinshi, former director of the Mogao caves, once said many talented artists devote their lifetimes to doing replicas of the artwork when they could make a lot more money in the outside Chinese art market. She attributed their devotion to their pure hearts in pursuit of beauty and to the magical charm of Dunhuang.

The story of Fan, a Shanghai native who worked in Dunhuang for decades until she recently retired, is in itself an inspiration for many scriptwriters. The Huju (Shanghai) opera “Dunhuang Daughter” tells Fan’s life story through folk opera.