It is widely known Wang Wei, director of the Long Museum Gallery, is a big collector of artworks under themes labelled “new China art” which evolved from around 1935.

Her collection, “Thinking of the Seven Decades History at My Space,” features nearly 200 works of art varying from canvas, prints, drawings and sculpture, to propaganda posters and Chinese New Year pictures. Most of them are representative of various periods, and on show at the Long Museum (West Bund) Gallery through September 8.

Curated by Chen Lusheng, researcher of the National Museum of China and director of New China Fine Arts Institute of Xi’an Academy of Fine Arts, the exhibition is divided into six chapters: “Leaders and Revolution,” “War and Peace,” “Admiration and Praise,” “Emerging and Transformation,” “Production and Construction” and “Time and Pace.”

The first chapter “Leaders and Revolution” mainly exhibits Chairman Mao’s images and deeds before 1949, especially the art representing the revolutionary history of the Communist Party led by Mao.

From the Nanchang Uprising to the Jinggangshan March, the Red Army climbing Jiajin Mountain and the Long March, to the victory over the Yangtze River.

These creations express a basic and important subject in the new China art.

Since the 1950s, Chinese painters have explored many key contents in this subject from various aspects and perspectives, reflecting the twists and turns of the revolutionary process.

Wang’s collection in this area fills a void and makes up for what’s missing in the public art museum’s collection due to a lack of funding and a tight budget.

“This is a collective memory for a generation of people in China,” said Chen. “Wang’s collection not only supplements the public art museum’s collection in the area, but also retains a cultural heritage, otherwise some of the works might be scattered elsewhere in foreign countries.”

The subject of Chairman Mao is a highlight of the exhibition.

In the chapter “Admiration and Praise,” visitors get to see works about Chairman Mao’s portraits and statues. This theme was developed greatly in the 1960s — not only in the number and scale, but also in the way of expression.

“Images and deeds of Mao have been an important subject in the creation of new Chinese art since 1949. Among them, historical themes and realistic themes are working together to express the praising and loving, as well as worshiping and admiring,” Chen said.

“With distinctive characteristics of the times, art became a tool of politics during that period.”

After the reform and opening-up policy in 1978, political art creation has gone through new ways of capturing reality with diversity brought by emancipation of the mind and the renewal of ideas.

“This exhibition is not only a historical review, but also a record of the transformation and development of the aesthetic and artistic language in new China,” Chen said.

“Although the era of revolution has become a thing of the past, the character and spirit of the people from that era, and their ways and attitudes of doing things are still worth learning.” 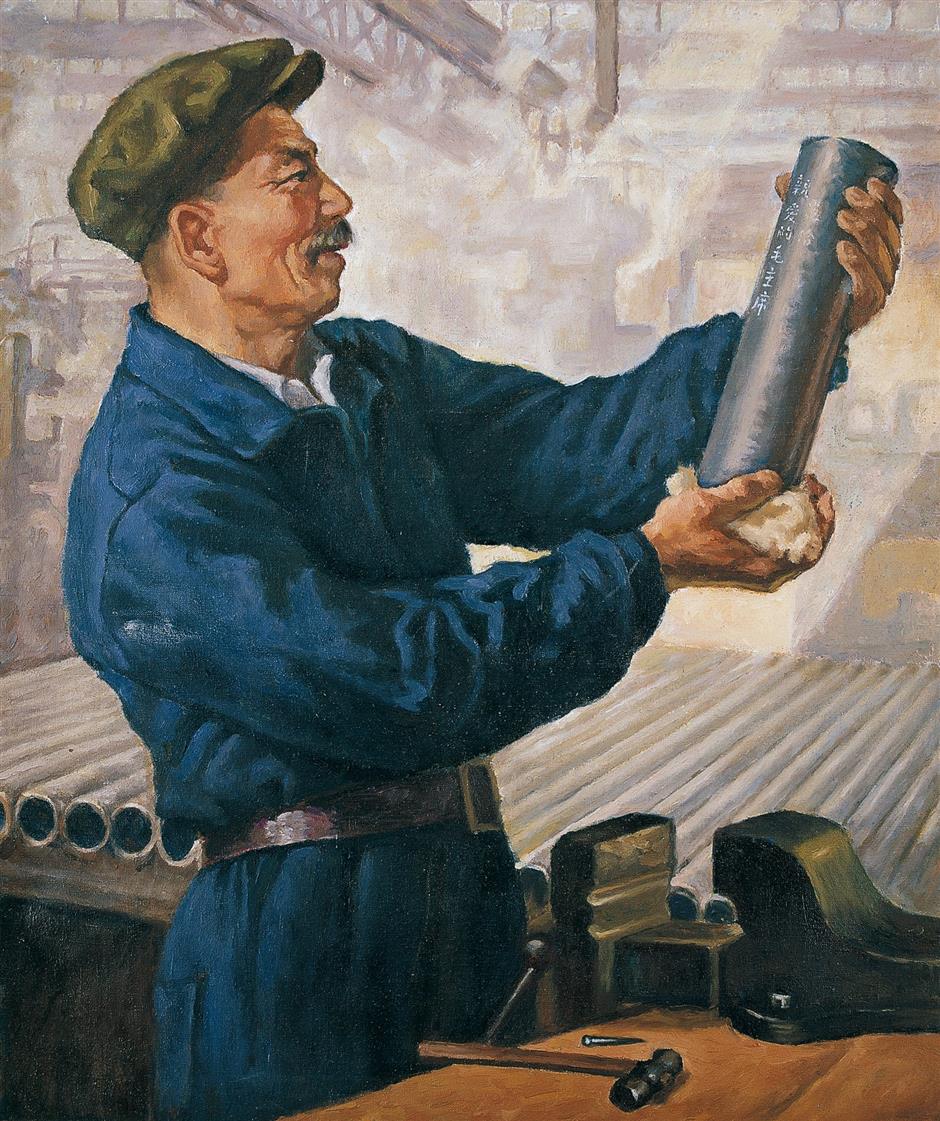