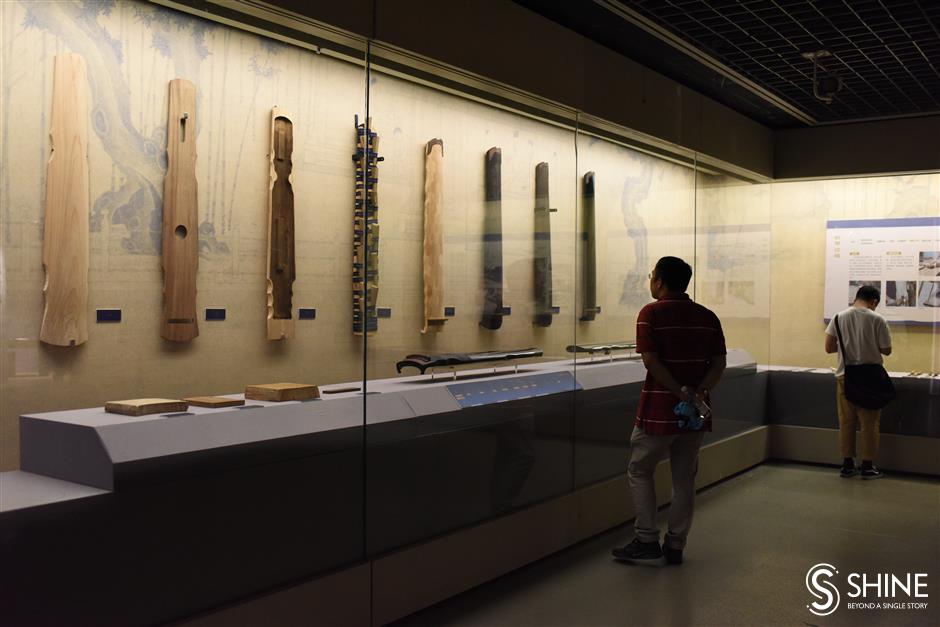 A major exhibition currently underway at Zhejiang Museum in Hangzhou traces the history of the guqin from the Tang (AD 618-907) to the Qing (1644-1911) dynasties.

The guqin is a type of Chinese zither with seven strings and origins going back into the ancient past.

The current exhibition showcases one of the museum’s most-prized instruments, known as the Caifeng Mingqi guqin.

This one-of-a-kind guqin was well preserved by a Zhejiang collector in the early 20th century. In the 1950s it was donated to the Zhejiang Museum and has since been a highlight of its musical collection.

The prized piece dates back to the Tang Dynasty. During this period, the Lei family in Sichuan Province produced the best guqin, including this one.

Historians named it the Caifeng Mingqi after four characters engraved on it. During the Qing Dynasty, it was owned by guqin master Yang Zongji, who later carved inscriptions of praise on its base.

In ancient China, the guqin was popular among literati. It’s sometimes called the “father of Chinese music” and the “instrument of the sages.” Confucius himself was a prominent guqin player in his day.

Literati played the instrument for reflection and self-cultivation. To this day, it is considered an instrument of great subtlety and refinement. 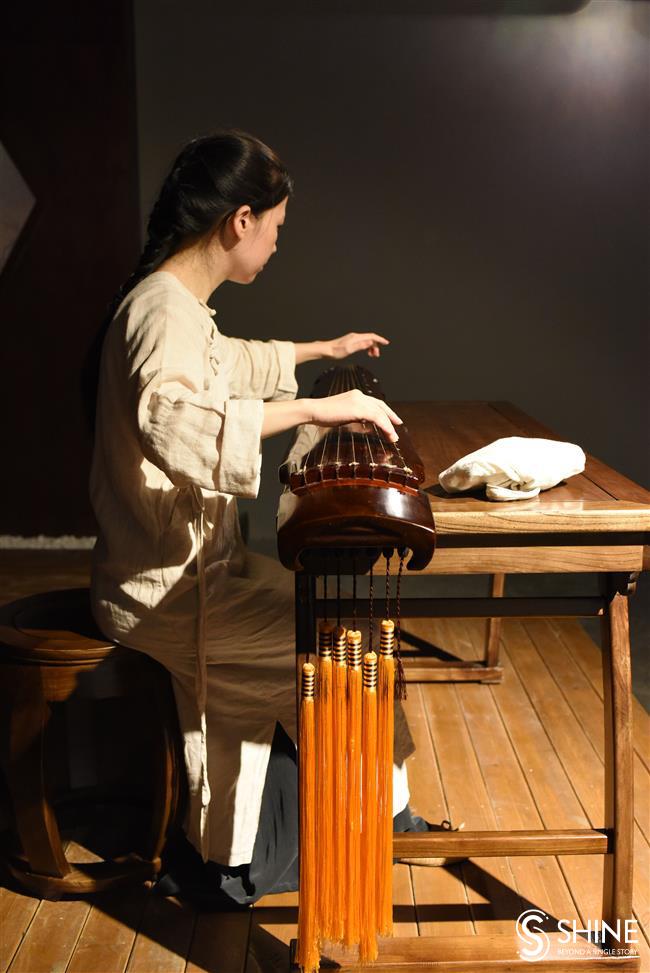 A musician plays the guqin at the Hangzhou Theater.

Zhejiang Museum has a collection of 30 guqin that were made between the Tang and Qing dynasties. These include a Tang-era piece from Liaoning Province and a Song Dynasty (960-1279) guqin from Anhui Province.

The instrument’s shape and design were not fixed until the Tang Dynasty. At that time, a group of renowned artisans produced a number of guqin which found favor with scholars.

A few of them have been carefully handed down over the generations and can still be played today.

Last week, the museum hosted a concert at the Hangzhou Theater and invited prestigious musicians to play these antiques.

Date: Through October 8, closed on Mondays