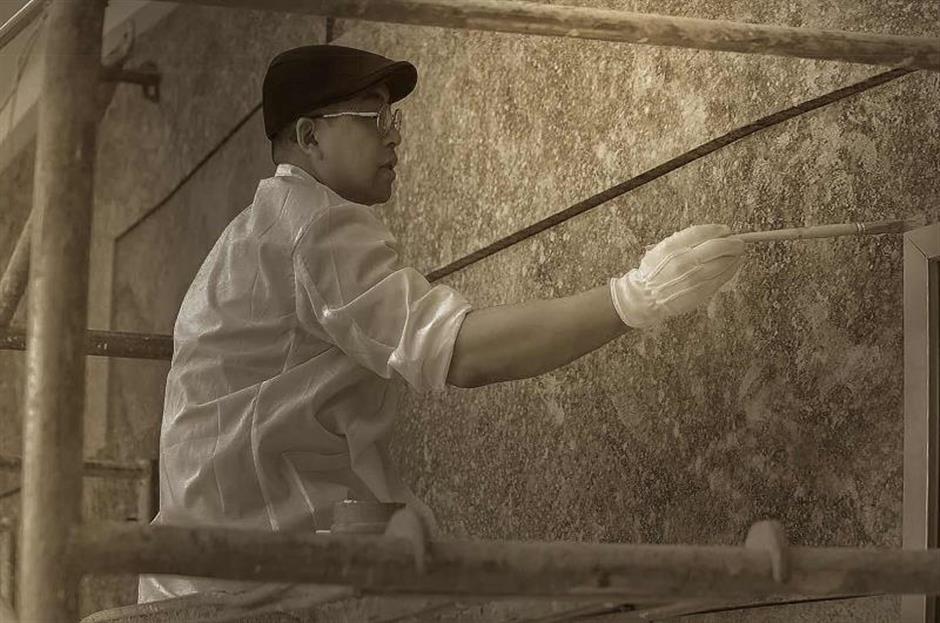 Only a few people in this world live a life they want.

But for artist Wu Lifan, every morning he wakes up he just does what he loves.

“When I am having a bath in the morning, I sing my own my melody,” says the bespectaled 42-year-old who looks much younger than he is.

“But don’t be mistaken that I just randomly sing a song in the bathroom, actually I am making my own music,” Wu explains. “Usually I would have my mobile phone record such improvised melodies, to be used as the basis for a composition on the stave.”

Born in 1976 in Shanghai, Wu began to learn ink-wash painting and calligraphy at the age of 4.

“At that time, I didn’t like calligraphy, as it demanded a strict training on how each curve should be made,” he recalls. “Today I realize the reason. It made me desire for freedom in art even as early as a little kid.”

Upon graduation from a local art institute, Wu worked as a space and landscape designer for nearly two decades.

“But I never abandoned my passion and interest in painting, and I often painted in the evening after work, as a kind of emotional release,” he says.

Deep in his heart, Wu longed to be a professional artist and create his own art one day.

Chinese contemporary art has witnessed a promising, prosperous and even boisterous scene in the past decades.

However, Wu decided to stand detached, he hid in his own studio, ignoring the outside hustle and bustle.

“From 1995 to 2015, I didn’t visit any exhibition in town,” he says, “The reason was simple — I didn’t want to be influenced by anyone else, whether regarding their technique or their concepts.

“I especially hated to see my art is reminiscent of someone else’s.”

Perhaps Wu was prescient. Today some big names in China’s contemporary art circle are attacked for copying the artworks from their Western peers.

For example, Ye Yongqing, one of China’s top artists, has been entangled in a scandal for years over accusations of plagiarizing a Belgian artist’s works.

“I am very proud to say that my art is unique, merely created by myself without any reference,” Wu says.

Whether it’s through his ink-painted images on paper and canvas or conceptual photography, Wu is able to implement a reflection of ancient moods, meanings, philosophies and customs in all of them.

And “chaos” is a permanent theme for him — the black, grey and white world seldom blended with unobtrusive application of tawny or blue is perhaps exactly the “chaos” in his eyes.

“I want to conjure up a soft and tender tableau that visitors could ‘breathe’ or even ‘smell it’,” Wu adds.

Abstract shapes like wind whirls in a big, profound universe render a mysterious yet distant atmosphere.

But Wu never allows himself to indulge in the chaos of everyday life, as he strictly limits his time in painting every day.

“I only paint one hour each day,” he says. “Leaving all the empty area for the next day. Of course, my mind is always thinking about the whole tableau. Anything that comes in life might affect my creation the next day. I am passionate for art, but rather sensible in painting. I don’t want to lose my control in art.”

The artist confesses that his inspirations and concepts largely come from “Tao-te Ching,” the classic of the way and virtue by ancient philosopher Lao Tzu, such as wuwei (do nothing) and wubuwei (do everything).

After years of isolation, pondering and creation, Wu finally was moved by his own painting one day, which he thought it was a due time to switch his role from a designer to a professional artist in 2008.

“You may say it’s my call in the end,” he says with a smile.

Apart from painting on canvas and paper, Wu’s also extended his profession in photography.

Last month, he was invited by the 2019 Hangzhou Art Fair for a solo-exhibition titled “Ink Photography” which features the latest photos he captured.

Some of his pictures are composed of tall grass stalks or tree blades silhouetted against a setting sun. They loom up along the roads like patches of tranquil landscapes from the Song Dynasty (960-1279) paintings.

“I try to amplify an established time and space in order to experience the new thoughts that Lao Tzu’s philosophy brings to the art form,” he says. “I like to wander in combined neighborhood between rural and urban parts in the country. I like the scene and the atmosphere, lonely yet fulfilling.”

Wu reveals that when he eventually embarked on his art path almost two decades ago, he seemed to have found his “paradise.”

“I feel that I am more approaching to my inner side than before,” he says of himself today.

“Today we live in a society based on estimates of rewards and benefits. It is so uncomfortable for me. It seems everything I do must have a purpose,” he says. “So I try to live in my own world, and my friends often call me jokingly as ‘a pet animal.’”

Wu also says that he wants to be “a pupil” learning various knowledge again.

“I like studying,” he says. “As we all know, a primary school student usually has six to seven lessons every day for six years. I pretty much like such learning status. For me, there is still much to be learnt to know about this big, big world.”

“Haha, this is my secret, but I could only tell you that they are detective stories,” he says with a chuckle. “It is not easy to write a good detective story, because I have to delve into many other unfamiliar areas, such as law and medical ethnics. I maybe also want to make an experimental film based on my script in the future, and who knows?”

For the moment, Wu is busy in preparation for his solo-exhibition to be unveiled in Paris later this month.

“Believe it or not, I don’t easily waste my time, because even every minute is so precious for me,” he says. 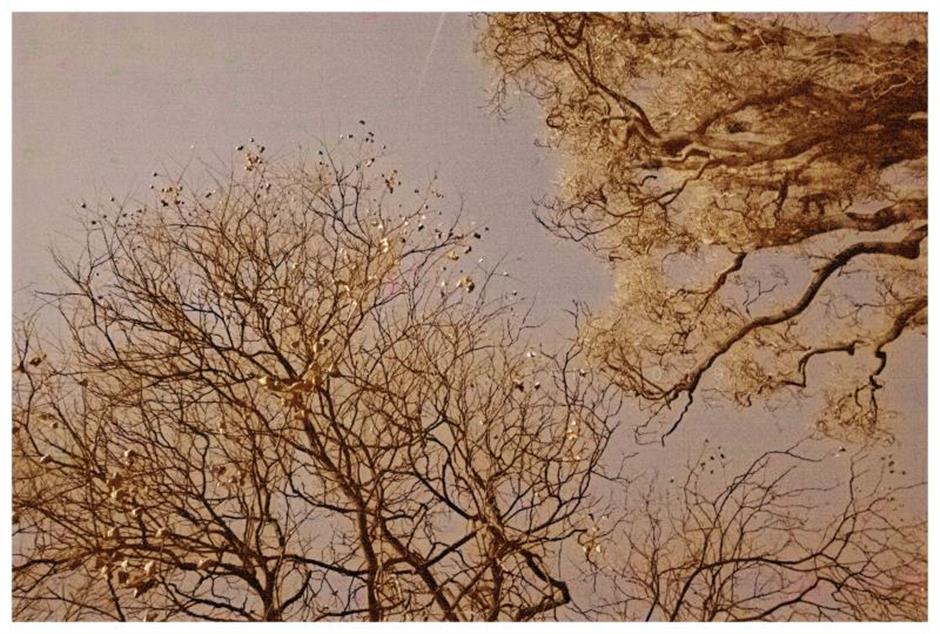