A myriad of Chinese ceramics, paintings and contemporary art will go under the hammer at the Sotheby’s autumn auctions series in Hong Kong.

A highlight will be the sale of a Beijing-Enamelled Pouch-Shaped Glass Vase of the Qianlong Period (1711-99). Enamelled glass vessels were by far the most complex and demanding of all works of art commissioned at the Beijing Palace Workshops. This vase is said to be the most successful example.

“As one of the last distinguished private European collections of Chinese contemporary art, the Gillion Crowet Collection comprises definitive works by the most iconic artists, offering a concise and comprehensive view of the top of the genre,” said Yuki Terase, head of Contemporary Art, Asia, Sotheby’s.

The auction will present 30 masterworks estimated to be worth more than US$9,000,000 on October 6.

For more than a decade, the collection was housed and exhibited in a historical building in Brussels, “La Moutarderie Nationale”, a former mustard factory, which formed a distinctive setting for the collection.

Major works include Liu Ye’s “Smoke”, which is the counterpart of two other epochal crimson-hued canvases from 2001-2002. One is part of the M+ Sigg Collection and another is in a private collection, after fetching a record price in a 2013 auction.

Liu is best known for his colorful, stylized images of children with large heads, round faces and thin bodies, looking sweet and innocent. However, the painter is telling a totally different story through the bright, cheerful hues.

Not only does the delicate back of the nude resonate with Western classical masterpieces, but it also exemplifies the artist’s unique expression of exaggerated deformation.

Inspired by the East, the elaborately decorated textile underneath the figure enhances the depth of the painting, creating a more compelling image.

“Jeune Femme au Petit Chien” showcases Foujita’s “milky-white nudes” style in the Parisian art scene. The painting of a fair-skinned lady is imbued with the graceful ambience of the East. It portrays a deeply romantic atmosphere. 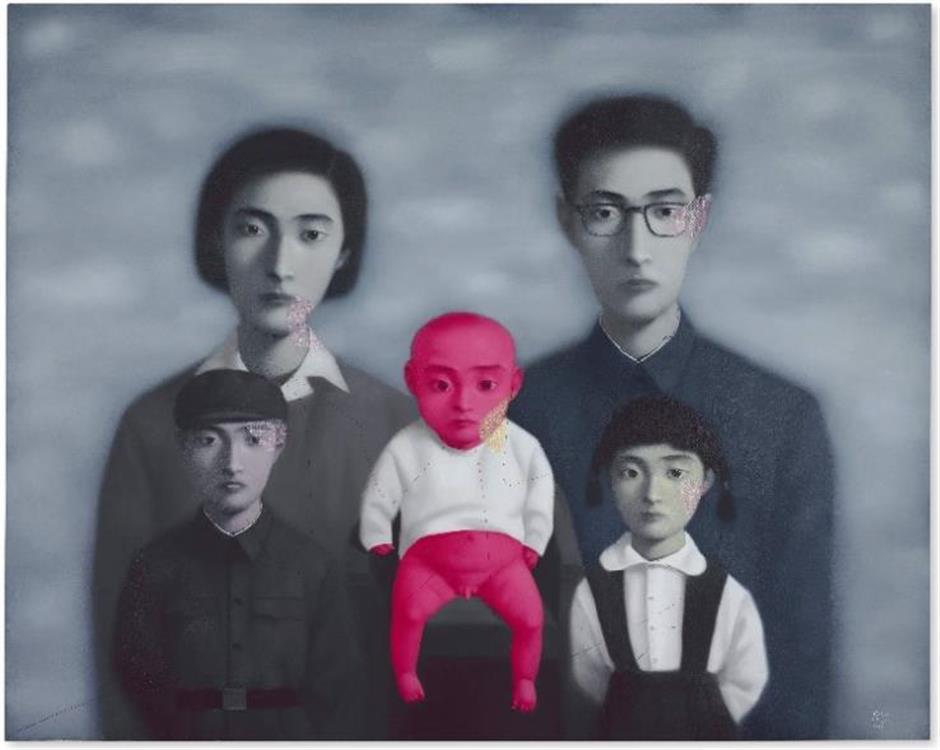 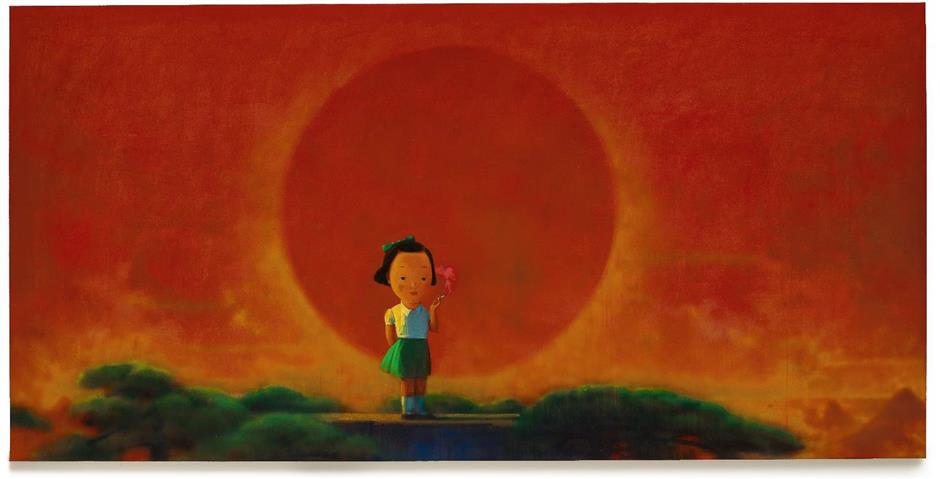