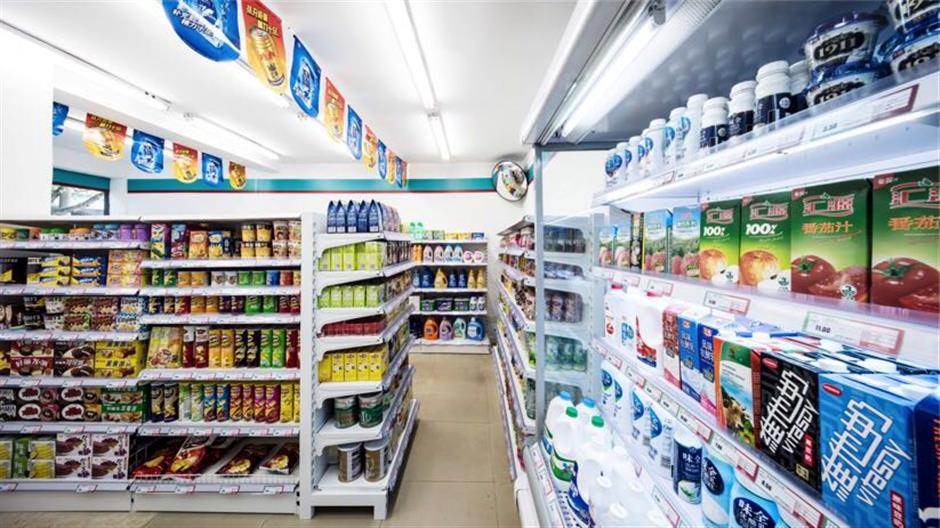 A certificate signed by Xu conferring the exclusive right to commission physical recreations and enactments of XUZHEN Supermarket is expected to fetch US$115,700-193,000 at the Contemporary Art Evening Sale on September 30 in Hong Kong.

Born in 1977, Xu came of age within the Shanghai underground art scene in the 1990s and quickly became one of the most iconic and influential figures in Chinese contemporary art.

In 2001, at the age of 24, Xu became the youngest Chinese artist at the time to participate in the Venice Biennale. He went on to win the China Contemporary Art Award in 2004 and has since exhibited widely in major international museums and festivals.

Some say that Xu was always a step ahead of his peers.

In 2009, Xu established MadeIn Company and subsumed his individual identity with the art creation company.

In 2013, he went one step further in blurring the boundaries between art and commercial production. MadeIn launched a brand — Xu Zhen, making himself a product of his own corporation.

Xu is renowned for his witty, tongue-in-cheek satirical conceptual works that break boundaries and established notions concerning both art and society.

XUZHEN Supermarket, which satirizes consumers, is one of his most iconic and critically acclaimed works.

A replica of a Chinese convenience store, including a bona fide cash register and a diverse assortment of merchandize, the market invites visitors to browse among shelves stocked with a range of familiar goods — from tubes of Colgate toothpaste to bottles of Kweichow Moutai (a Chinese spirit).

Upon closer inspection, it becomes apparent that each is empty, consisting only of its packaging. But all items are on sale at their regular price. The work actually offers a playful yet penetrating critique on consumerism and global capitalism.

First exhibited in 2016, XUZHEN Supermarket evolved from its predecessor, the ShanghART Supermarket, which debuted at Art Basel Miami Beach in 2007 and was later exhibited around the world.

This falangcai bowl is one of the examples of Qianlong falangcai porcelain in private hands. It is exquisitely enamelled on the exterior with an intricate design of poppies issuing from rockwork, with a butterfly depicted fluttering gracefully overhead, and a poem; and the interior with a finger-citron, apple and cherries.

Other than a pair of Yongzheng (1678-1735) dishes enamelled with poppies, preserved in the Palace Museum in Taipei, no other example is known.

Following its exhibition at the Yamanaka gallery in New York in 1905, the “fish” vase has remained dormant in a private Japanese collection for almost a century since its acquisition in 1924. Carved and exquisitely painted with four pairs of fish below Rococo-inspired motifs on a yellow sgraffito ground, the famille-rose reticulated vase is modelled with an inner blue-and-white vase.

Ranking among the most complex porcelains ever commissioned by Emperor Qianlong, it is the pair to the famous Bainbridge Vase auctioned for 43 million pounds (US$55.5 million) in 2010.

XUZHEN Supermarket has all the trappings of a legitimate business С except that the products on the shelves are nothing more than empty packages.