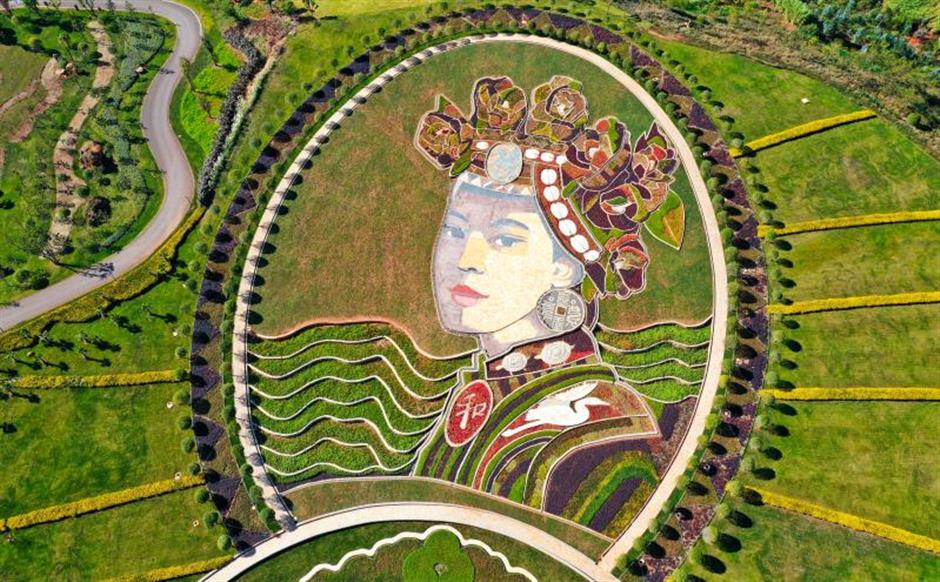 Stan Herd knew little about China when he was invited to create a landscape art piece in southwest China’s Yunnan Province back in 2014. Inspired by the local Yi ethnic minority, he named his 2.4-hectare permanent earthwork there “Young Woman of China.”

Today, his knowledge of China has broadened. His favorite term, nay his motto, is sui yuan, meaning “destiny bringing everything into its place.” He repeated the phrase on a recent trip to Shanghai, where he announced his next project — the “Fibonacci Global Earthworks Initiative.”

It will comprise two gigantic earthwork pieces inspired by the Fibonacci mathematical series. One will be located in Shanghai; the other in a US city.

Fibonacci numbers, it should be explained, are named after an Italian mathematician who, in a 1202 book, introduced to European mathematics a concept of numbers that may have first appeared as early as 200 BC. In math today, the Fibonacci sequence is a series where each number is the sum of the two preceding numbers.

Herd, 69, was born in Kansas, where he executed many of his early works, plotting designing and then planting, mowing and sometimes burning fields to create artwork often called “living sculpture.”

Destiny brought him from the plains of Kansas to Yunnan.

“At first, local people in Yunnan were a little puzzled why this old foreign guy was working 10 hours a day in a field,” Herd told Shanghai Daily during his recent trip. “By the end, the Chinese really embraced my work. They get it like I get it — that it is connected to the earth, it is about the environment and it is connected to indigenous people.” 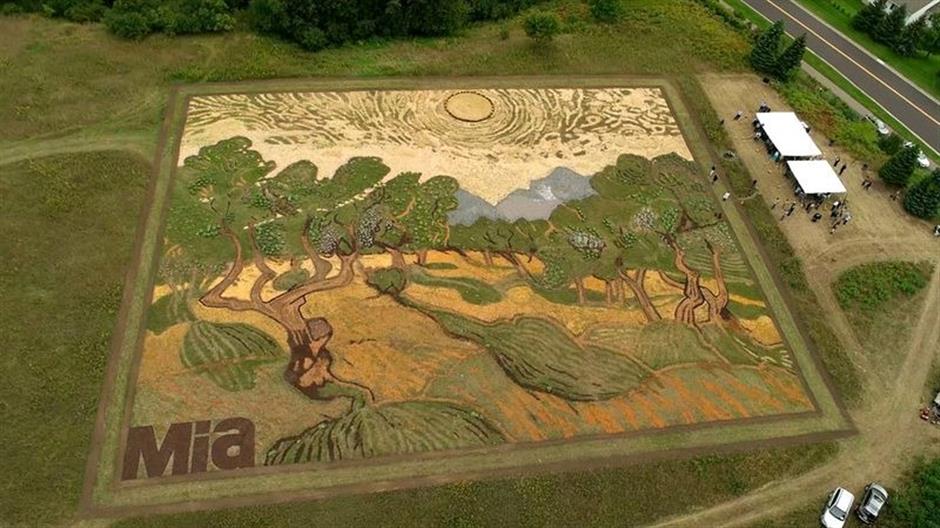 In a career spanning over 40 years, he has executed a variety of works using earth, stone and plants to depict themes ranging from Van Gogh landscapes to indigenous people in China, Brazil and the United States.

“Young Woman of China,” located in a park, was financed by a retired Chinese tycoon. It utilizes marble, granite and natural Yunnan stone to create the face of a beautiful woman with an aura of mystery. It also incorporates dirt, plants, rice paddies and other local materials. She wears a necklace that symbolizes harmony and an earring that means long life.

Looking at the latest pictures of the “Young Woman of China,” Herd said he is quite satisfied to see how the plants and stones have changed in the year and a half since the Yunnan project was completed.

“It’s a ‘living sculpture’ and is well-maintained by the people there,” he said.

“An earthwork is like a marriage. You got to keep working on it, or it will not work. I’m always surprised at how my work looks after a few years — sometimes it’s good and sometimes not. But I strive to make it as perfect as it can be, even though I know it’s never perfect.”

The “Fibonacci” series will be a marriage of his work, the local land and the community, Herd said. It will connect science and art, as well as engage artists from both China and the US.

“It will be my legacy work,” he said.

Herd has first learned of the Fibonacci sequence 20 years ago from a junior high-school student who was visiting one of his earthworks. The student suggested that Herd should do an art piece based on the series.

In the mathematics, every number is the sum of the previous two numbers, but what fascinates Herd is how the series is reflected everywhere in nature.

“It is a sequence in nature, seen in hurricanes, galaxies, sunflowers, Mozart’s music and many other things,” he said, explaining the motive behind the project. “It is to be the proof of science and math in nature.”

He added: “At a time when a lot of people, especially in the States, are questioning science, it is very important that young people embrace the combination of science and nature.”

He decided to turn the project into reality five years ago, and woke up two months ago thinking it has to be in China, and specifically, in Shanghai.

“I love Shanghai,” he said. “It’s the most progressive, beautiful and artistic city I have ever been to.”

Herd plans to work with young people, from both countries. The center piece in Shanghai will be created by young Americans, while work in the US will involve young Chinese. The visualized sequences will spiral across the globe and connect the two countries, and more importantly, the people of the two countries.

The project will bring young people from the two most powerful nations in the world together, he said.

“At a time of unprecedented division in the world, this initiative hopes to bring attention to the need for all nations to embrace our ‘shared’ purpose and goals,” he said.

Longer term, Herd said he hopes the idea will attract other cities in the world that want to be engaged and connected.

“That will be quite nice, but sui yuan, and we will see which doors open,” he added.

Herd admitted he doesn’t know how the “Fibonacci Global Earthworks Initiative” will eventually turn out. But one thing is certain — like all his earthworks, it has to be connected to the people.

“It’s not that the art work takes the land out of production,” he explained. “You can add to a place by creating the art work. It’s very important. People can visit the work and you are still using the land.”

Herd recently collaborated with handbag maker Cetuvi to create the “Young Woman of China” image into a design for tote bags, making it easier for him to carry and deliver the stories of his work in Yunnan to wider audiences in China and the US. 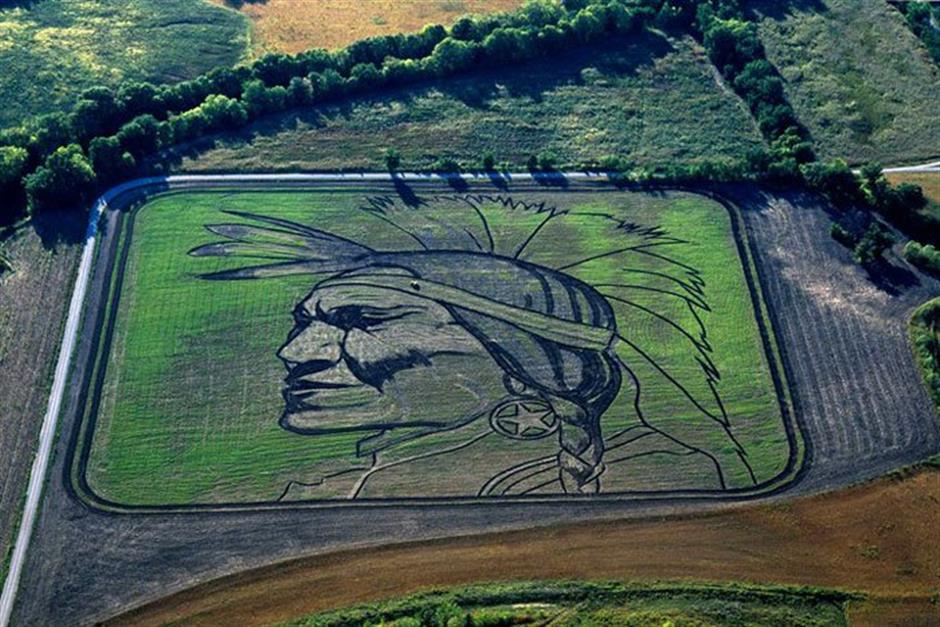