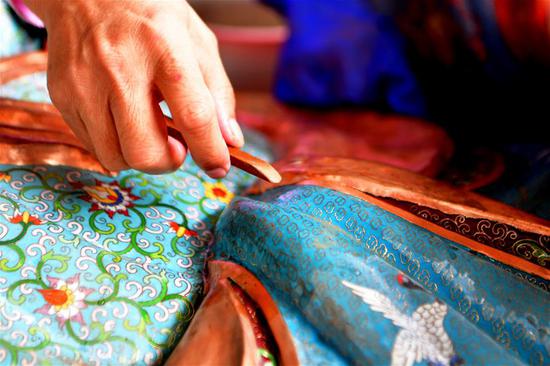 A documentary photo exhibition was launched in the Museum of Chinese in America on Thursday, featuring Chinese Americans in New York City’s Chinatown in the 1980s.

The photos on display were taken by the acclaimed U.S. photographer Bud Glick, who photographed the street life, people, and domestic scenes of Chinatown for three years beginning in 1981.

He earned trusts from Chinatown residents and gained access to interior lives during a pivotal time when new waves of Chinese immigrants began to converge into Chinatown, altering the demographic landscape of what was then home to earlier migrations.

As Glick printed out photos he took more than three decades ago to prepare for the exhibition, he and the Museum of Chinese in America, which presents the exhibition, revisited individuals in his photos and recorded audio oral histories.

Museum visitors will be able to hear first-person accounts of life in 1980s Chinatown and their thoughts on present-day anxieties over housing, development, and immigration.

“By combining Bud Glick’s photographs with oral histories, this exhibition presents a rich contextualization of a complex time when much of the global Chinese diaspora viewed New York City’s Chinatown as its north star,” said Nancy Yao Maasbach, president of the museum.

Glick said that he saw the exhibition, which would run till March 24, 2019, as a continuation of that journey where he expected more and more people would connect to the stories told in the photos.

“This project allows me to live out my responsibility to the people who welcomed me into their lives,” he said.