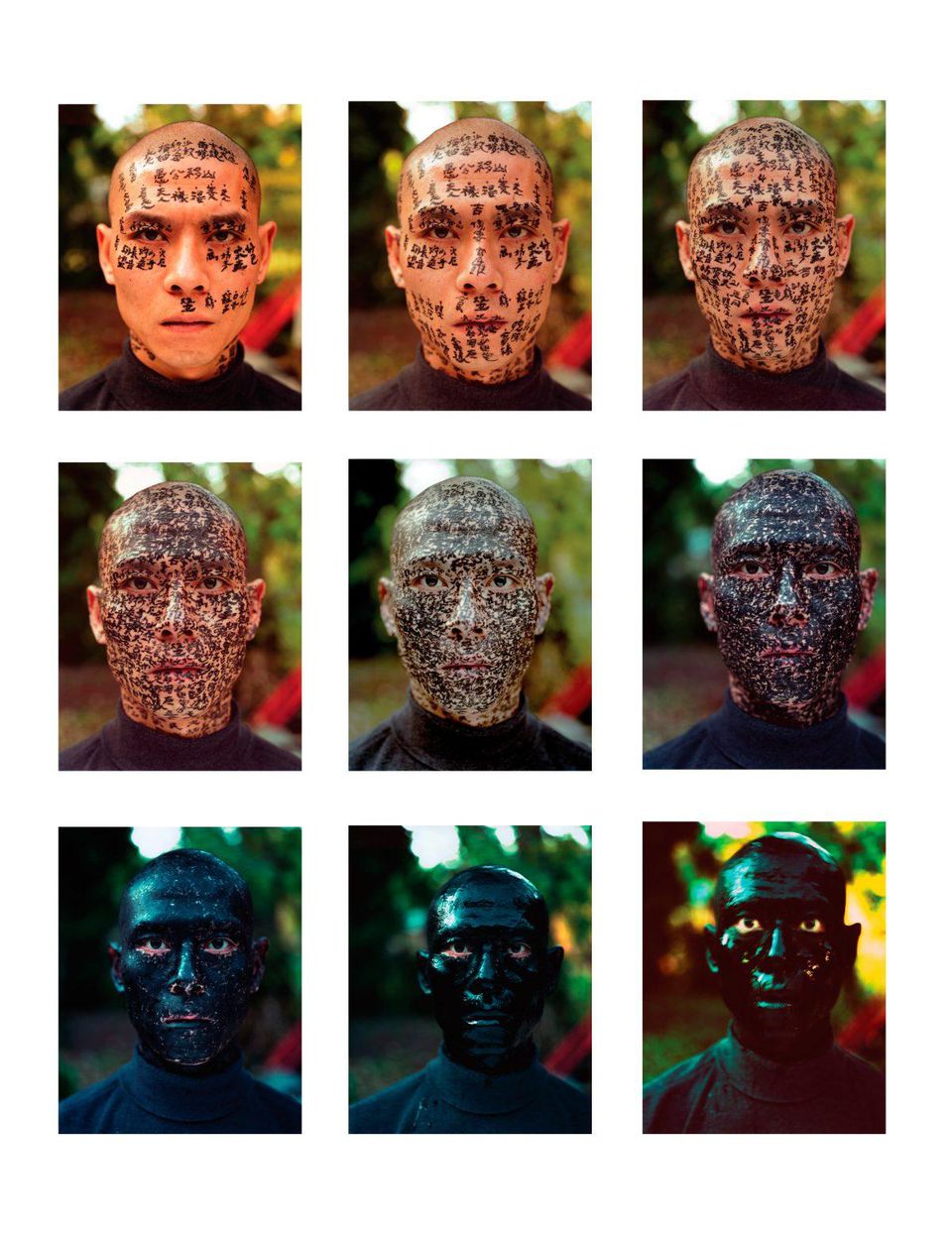 Born in 1965 in the central province of Henan, Zhang Huan grew up in rural poverty during the days of Maoist indoctrination. Recognized for his exceptional drawing skills, he started special art training at the age of 14. Back then, art education in China mainly consisted of copying Russian and Chinese masterpieces, and he didn’t see any other art until the 1980s. After earning an art school master’s degree in painting in Beijing, he used his body as an instrument for art, as he had no other resources. Making a name for himself in the mid-1990s, his early rebellious, statement-making performance works were filled with spiritual and political meaning, evocative yet painfully brutal and disturbing Taoist-like tests of endurance. Among his most memorable is 12 Square Meters (1994), where he slathered himself in honey and fish oil and sat for one hour in a filthy public lavatory in Beijing, as people continued to use the facility and insects crawled on his flesh, inside his nose and ears.

As his works sometimes resulted in him getting into trouble with the law, especially at a time when artistic expression was a touchy subject, when he was invited to perform at New York’s P.S.1 gallery in 1998, he hopped onto a plane to the US, then decided to relocate to Brooklyn, though almost broke. In Family Tree (2000), three Chinese calligraphers wrote ink-brushed characters onto Zhang’s face and shaved head until his skin was covered and his face completely black. Not long after 9/11, he created My New York for the 2002 Whitney Biennial, where he dressed in an Incredible Hulk-like fat suit of raw meat and set doves loose from cages, a Buddhist gesture of compassion. Seven years after immigrating to New York, he returned to China as a millionaire, just as the Chinese art industry was booming, and today enjoys rock-star popularity. 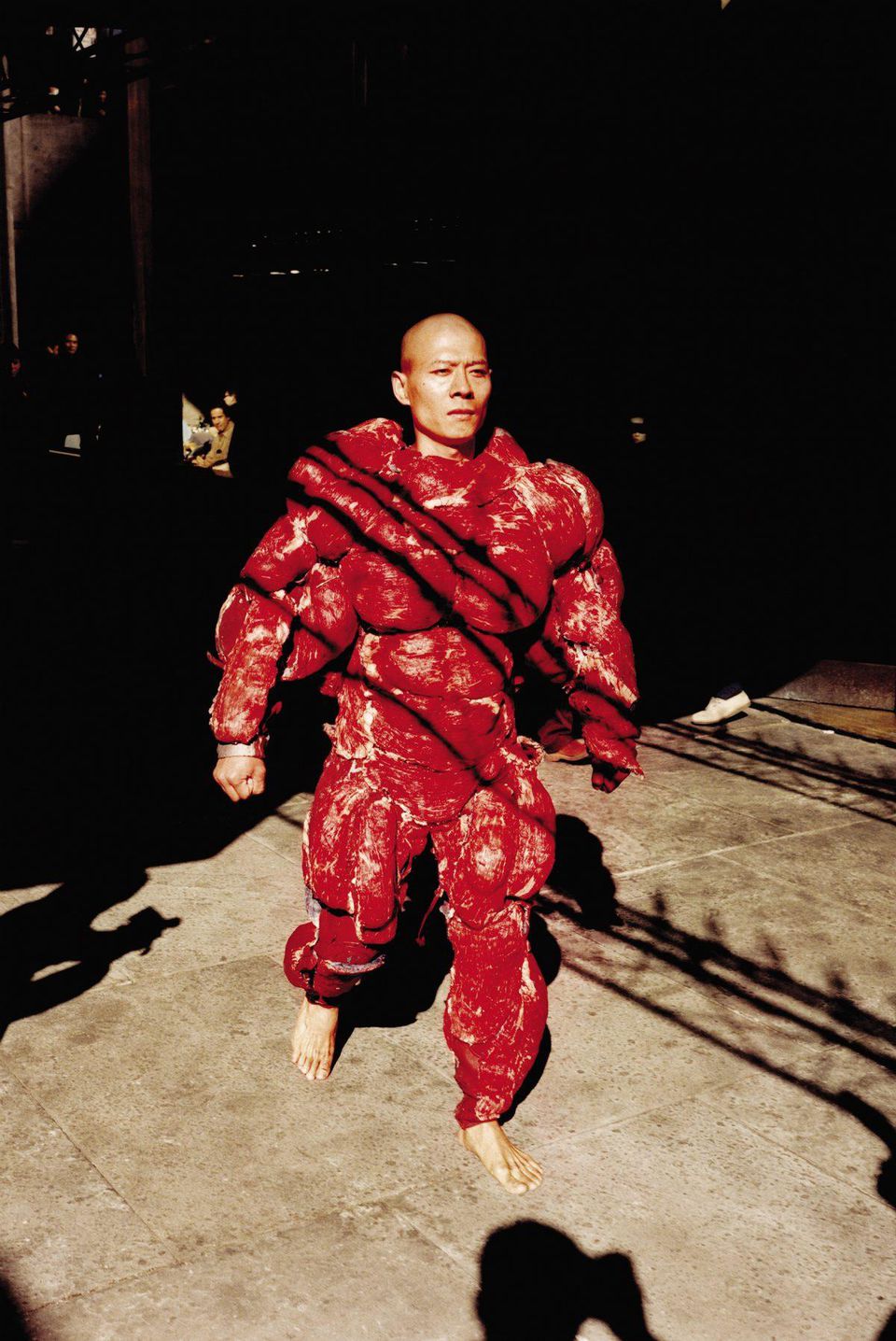 Zhang has since stopped performing and opened a huge studio in Shanghai with an army of assistants, employing a factory-style production of sculptures, installations and ash paintings. “Performance, painting, installation and opera are all effective media that can express my inner feelings and experiences,” he remarks. In 2009, with the staging of Semele in a historical European opera house, Zhang became the first Chinese contemporary artist to direct a lyric opera, and thereafter displayed the 450-year-old ancestral family temple and other elements of the production at the 2010 Shanghai Biennale. 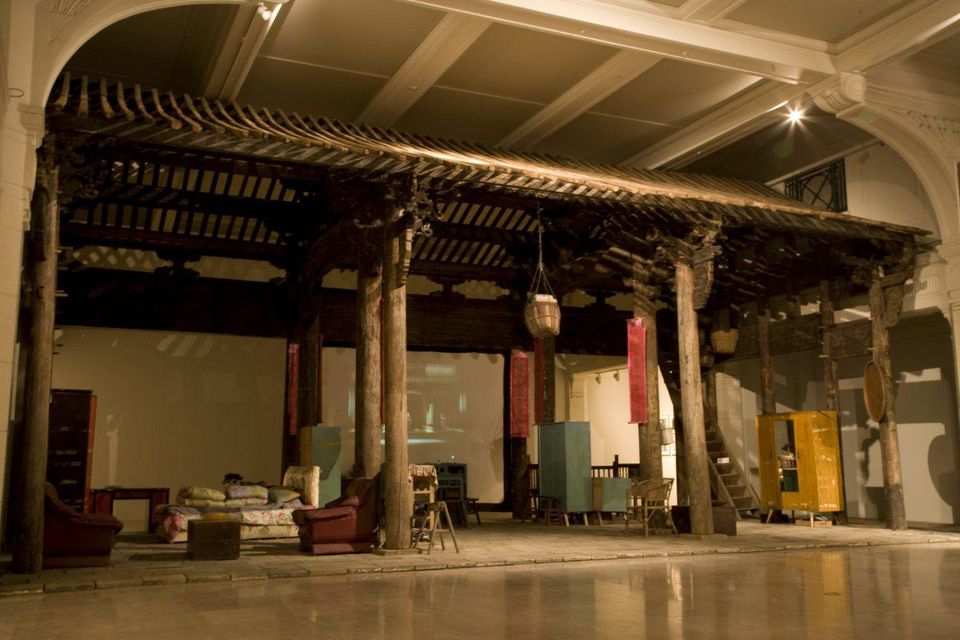