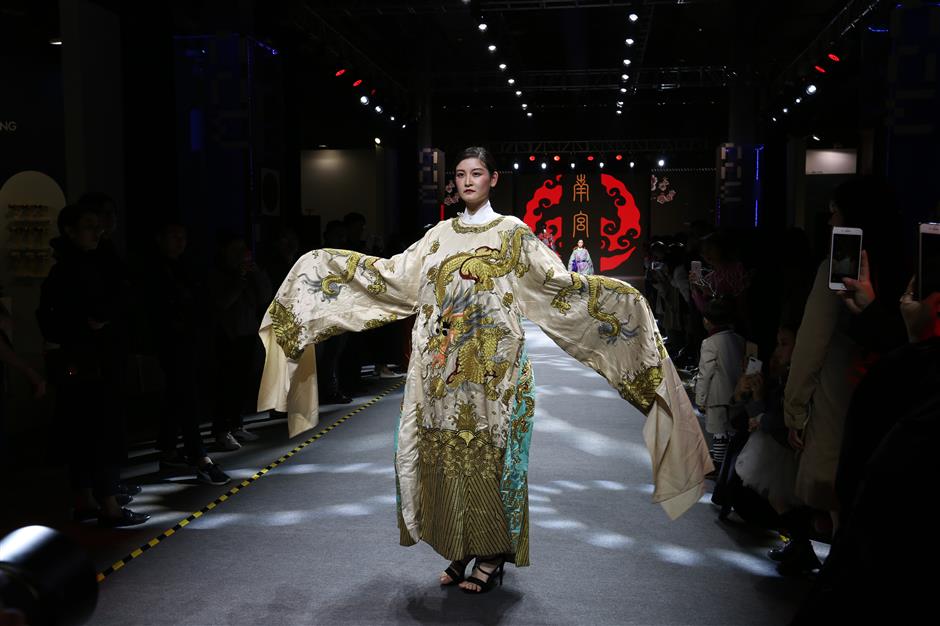 The curtain has been drawn on the second Hangzhou International Qiantang River Cultural Festival. The eight-month-long festival, which saw 15 events, covering the fields of art, sports investment and talent matchmaking, has grown in stature since last year’s gala. 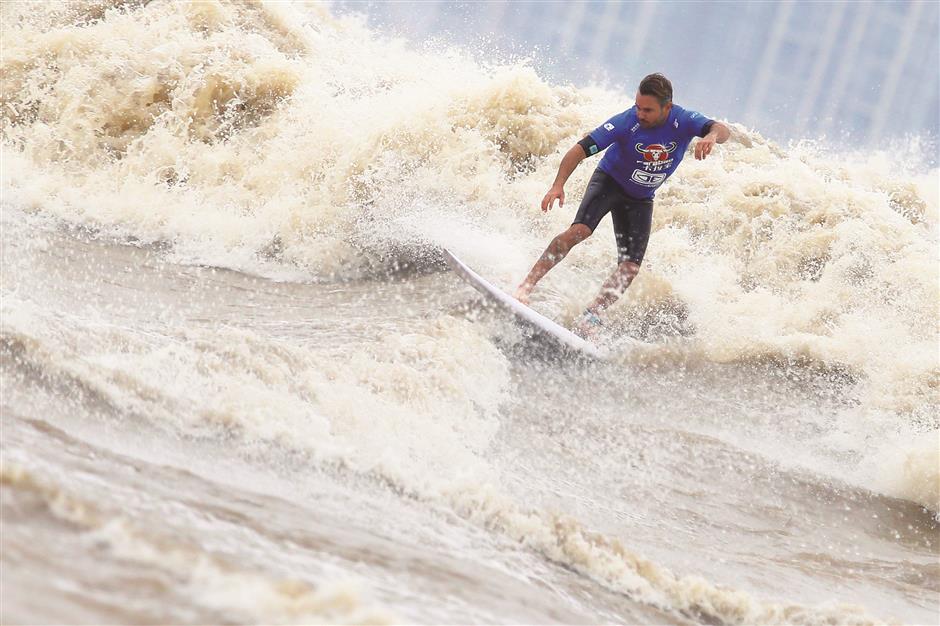 A surfer challenges the tidal bore of the Qiantang River during a competition.

A model showcases a robe featuring traditional Chinese elements during the craft week.

Around 160 domestic and foreign organizations attended the festival, while more than 1.2 million citizens took active part. The festival has built up three creative and cultural brands: Qiantang (钱塘), Nongchao (弄潮) and Xiayan (夏衍).

Qiantang is the name of the “mother river” of Hangzhou; nongchao literally means playing or swimming in the waves and indicates enterprising people. Xia Yan is a well-known playwright, film director and translator in China.

Jianggan District, the initiator and organizer of the festival, announced 21 cooperative agreements with other countries and organizations. Meanwhile, the talent and investment summits allured several top-flight projects and a total of 5,800 cooperation intentions were reached during the festival.

In the H20 summit, Jianggan District has signed a cooperation agreement on Qiantang River-Seine River (China/France) sustainable water resources development with the 19th arrondissement in Paris. 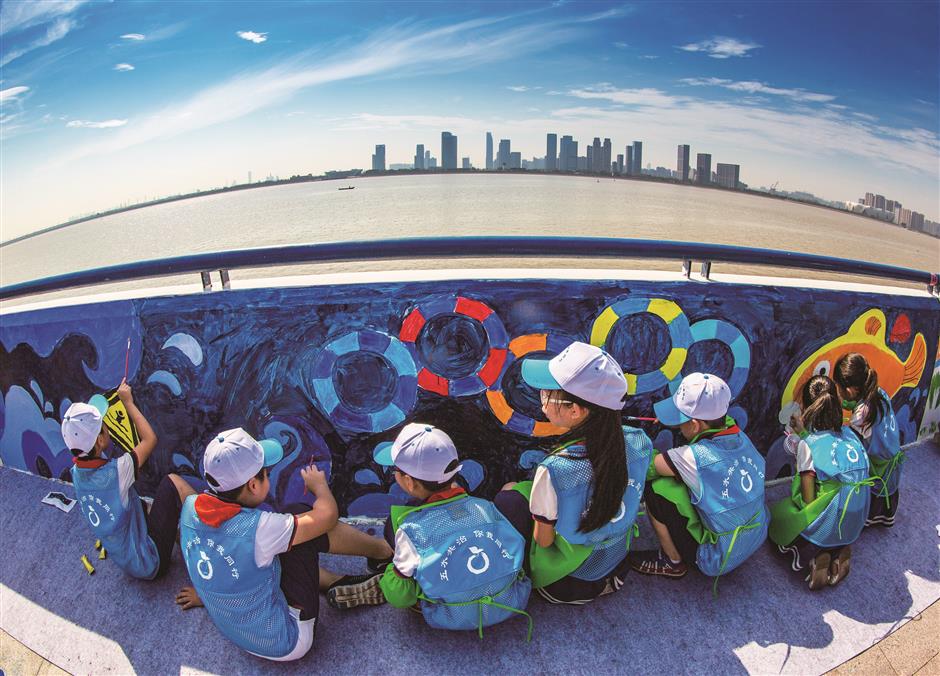 Children paint the walkway along the Qiantang River. 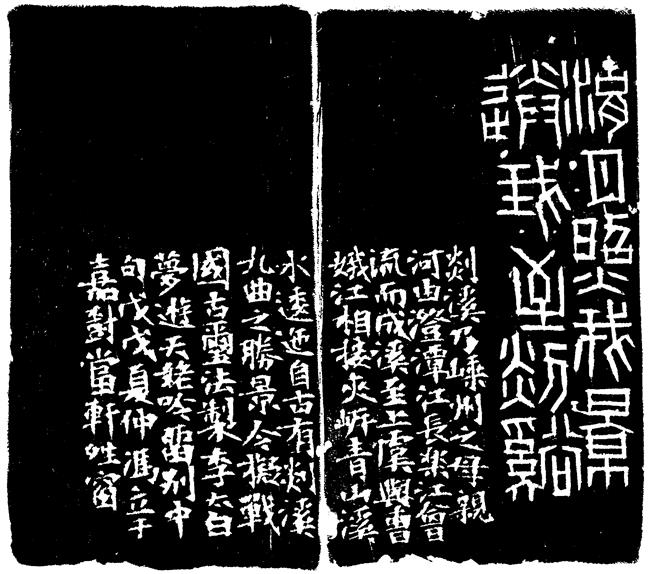 A piece of seal carving work done by Feng Li, who won the first prize at the Nongchao Cup Seal Carving Competition

Surfers from home and abroad challenged the Qiantang River’s tidal bore during the surfing competition. The river features the world’s largest tidal bore with waves that travel at a maximum of 40 kilometers per hour and reach up to 9 meters high.

The craft week showcased the skills of artisans from home and abroad. Both the techniques and products of the local craftspeople and bespoke designer brands from the UK, Ireland, Italy and Thailand were showcased.

The seal carving competition received more than 1,000 entries from China and Singapore. Nineteen works won prizes after three rounds of evaluation while 101 were shortlisted for the final exhibition at the City Balcony.

A poetry gala during the Qiantang River cultural festival