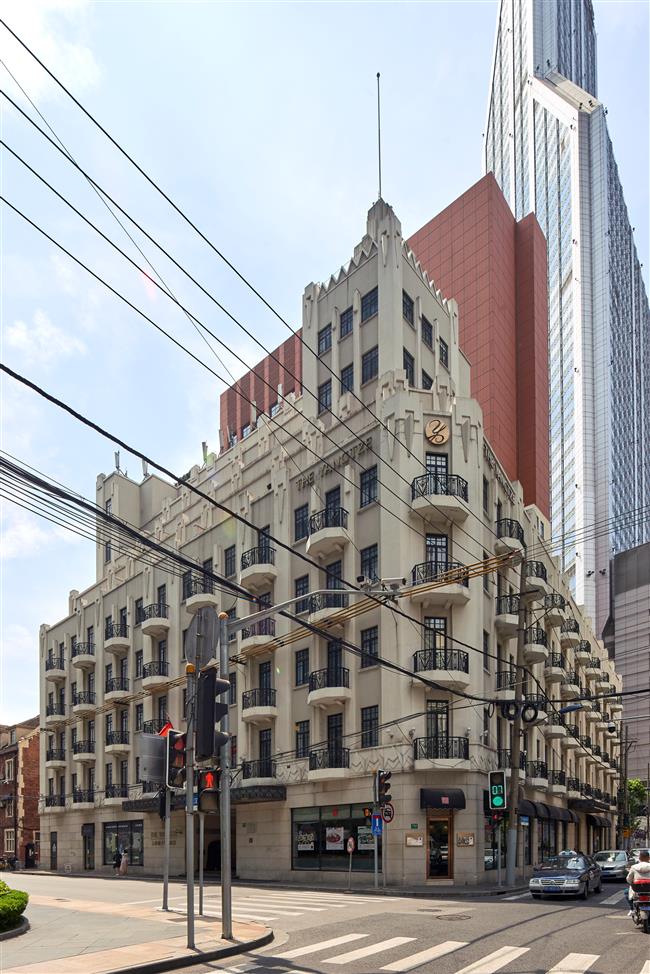 The Yangtze Boutique Hotel at the People’s Square still retains the white Art Deco facade it had when it opened as the Yangsze Hotel in 1933. 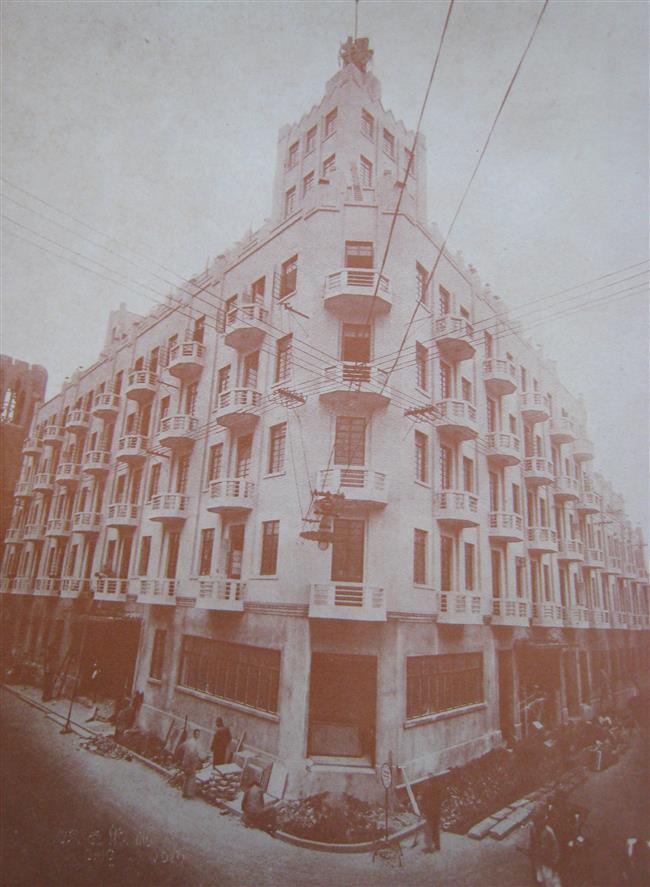 “It’s a unique Chinese hotel,” вины Shanghai historian Xin Jianrong of the hotel which was invested, designed, constructed and managed all by Chinese.

“Unlike well-facilitated foreign hotels, the city’s early Chinese hotels were mostly low-class and offered only accommodation. But Yangsze Hotel was a different story, providing modern comfort as well as good cuisine, characteristic entertainment and a unique ambiance. What it offered was a cultural experience in a metropolis,” says Xin, who is also deputy director of Shanghai Archives Bureau.

When the hotel threw open its doors in 1933, it was called “Shanghai’s newest modern hotel” and “a million-dollar establishment” by The China Press.

Standing next to the Moore Memorial Church, the eight-story structure is still a stylish boutique hotel. Nearly 85 years ago, it was founded by C.F. Chong, a veteran Chinese hotelier and restaurateur with many years’ experience in operating restaurants in Europe. He incorporated both foreign and Chinese ideas in the hotel and entertained his clients with chefs from Paris and London and a Hawaiian band playing in the sunken ballroom. 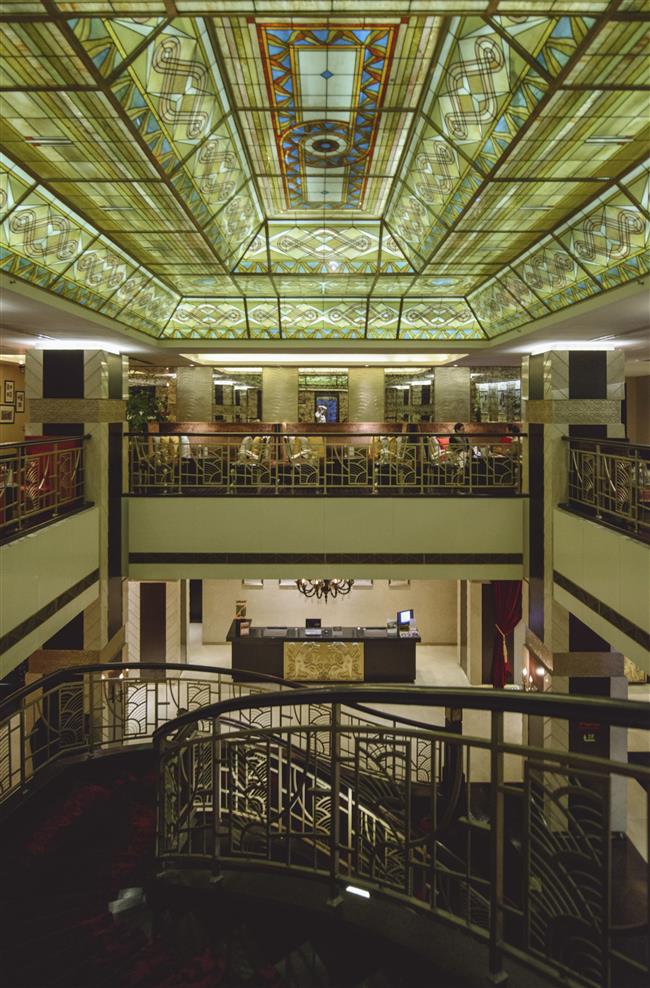 The China Press review said the hotel’s design “inclined toward the unusual,” which is “a pleasing building to the eye and well arranged for both comfort of those living within its walls and the casual customers who come to patronize its dining and ballroom.”

“Situated at the corner of Hankow and Yunnan roads, the new structure predominates over all its surroundings and although that area is rapidly building up, it should be one of the distinctive buildings of the district for many years to come … Mr Paul Li-pan, of the Mutual Investment Company, who designed the building, placed a touch of bizarre in the structure by working out a color scheme of blue and yellow concrete finish. The blue is bright while the yellow is very deep in color,” said the report on October 19, 1933. 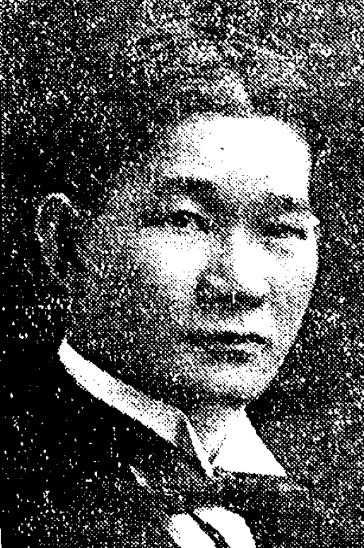 In addition to color schemes, elaborate plans were made for the illumination of the structure at sight as every verandah was illuminated underneath.

The hotel’s two main entrances, one on Yunnan Road and the other on Hankou Road, were crafted with a blackish-green marble which added to the charm of the building.

The entrance, lobby and a portion of the ballroom and dining room were finished in marble of a darkish green color by the San Hai Marble Company.

Hardwood floors were laid by Y.S. Lee of the China Floor Company. The hotel was invested and designed by Chinese, built with Chinese suppliers and managed by Chinese veterans in the restaurant and catering business such as T. C. Chang, formerly manager of the China Hotel.

“The facade features zigzag patterns and is shrinking layer upon layer until the top. The building displays Art Deco style of the later period inside out,” says Tongji University professor Qian Zonghao.

It’s a chic hotel inside and out. According to The China Press, the dining room was “patterned after the dining rooms of some of the most fashionable Chinese restaurants found in foreign countries and had a springboard type of dance floor. Decorations in the dining room are being carried out on an elaborate scale, the management apparently intending to make it one of the best if not the best dining room of this kind in the city.”

Another feature was the interior lighting arrangement. Hanging lamps in the modernistic manner were fitted in every room and in the hallways, the latter being tastefully decorated with a dun color supplying the principal motif.

All 220 rooms in the hotel were in foreign style, furnished with modernistic furniture, equipped with all modern conveniences and, more importantly, with outside exposure and balconies. Several rooms provided a good view of the racecourse while the top floors offered an excellent panorama of Shanghai.

“Such a nice hotel charged only a moderate price but offered a cozy experience, which differed from the later big hotels like the Park Hotel that stressed on extravagance and showoffs. That’s why I took great interest in studying this hotel,” says Xin.

An in-depth synthesis of the Yangtse Hotel in 1939 that Xin scooped from Shanghai Archives Bureau backs his view. The paper was written by Guan Baoding, a business and management student from the then University of Shanghai.

According to this 1939 study, it was a well-designed, well-managed hotel of modern comforts. The hotel bars offered local beer, famous foreign liquor provided by Sincere Co on Nanjing Road and ice-cream in summer. The rooms were delicately furnished with wallpaper and bathroom facilities imported from the US. Rooms facing south were decorated in more bright colors while northern rooms appeared to be more light and elegant. Crafted by a local wood firm, not a single set of furniture of the 200 rooms appeared to be the same.

The hotel was fully booked during its first four months from November 1933 to February 1934. During the 1934 summer, the business declined due to the openings of two competitors, the New Asia Hotel and the Park Hotel but afterwards rose again.

“It was a moderately priced, fully facilitated hotel that provided even letter papers, pajamas, slippers, towels etc. The architectural design was very considerate. With a rate of US$4 a day, the customer can enjoy a room with a private bathroom and a private telephone,” Guan concluded in his study.

It’s been 85 years and many architectural details have been lost during renovations. But the hotel exhibits its past on the entrance and hosted the city’s heritage day events.

Marketing manager Cathy Tian says nostalgic music and the rose theme, derived from the famous old Shanghai song “Rose, Rose I Love You” formerly staged in the ballroom, are highlighted in the hotel rooms and afternoon tea. Here and there, it seems the ambiance carefully created by a team of Chinese is still lingering in this unique hotel.

When C.F. Chong, presently manager of the new Yangtsze Hotel situated at the corner of Hankow and Yunnan roads and scheduled to open about first of next month, left his native home in Canton some 36 or more years ago to go abroad and seek his fortune, he had little idea that he would become one of the outstanding Chinese restaurant proprietors in Europe.

It is possible that he had little idea that he would enter the restaurant and hotel business. Yet after a few years in Europe, he became the owner of a number of Chinese restaurants, designed to cater to the jaded appetites of foreigners in search of something new in the way of food and at the same time to cater to the tastes of his countrymen living abroad seeking orbits from their native land.

Today, Mr Chong is the head of five large Chinese restaurants in Europe, two of the best known being the Chinese Restaurant in Piccadilly Circus and the famous Restaurant Chinois, 2 Rue de l’Ecole de Medecine in Paris.

Both of these establishments are famed for their cuisine and to anyone who has been in them, the reputation of Mr Chong as a restaurant man must speak for itself. The establishment in Piccadilly Circus is a large place which caters to both Chinese and foreigners and is widely known throughout London.

Returning to China two years ago, Mr Chong mixed business with pleasure and decided to open a similar establishment in Shanghai. The new Yangtsze Hotel has been the result of his endeavor and the establishment will be patterned after his places in Europe.

While Chinese food cooked under the guidance of expert Chinese chef will be served, the gourmet will be able to find dishes and viands of western countries at his disposal.

A French chef is being brought from Paris and an English chef from London to cater to the appetites of Shanghai patrons.

In regard to the kitchens of the new hotel, these are modern and furnished with all latest equipment. They are designed to attain the utmost in Sanitation while a cooking system has been installed in the dining room.

Mr Chong is not just an ordinary restaurant man. He has had an unusual career in Europe and is one of the best known in England. And England has honored him.

At the British Empire Exhibition in 1925, Mr Chong was honored for his achievement as a maestro in the serving of foods of many nations. In this connect, the citation states “For contributing to the development of the Arts, Sciences and Industries of the British Empire.”