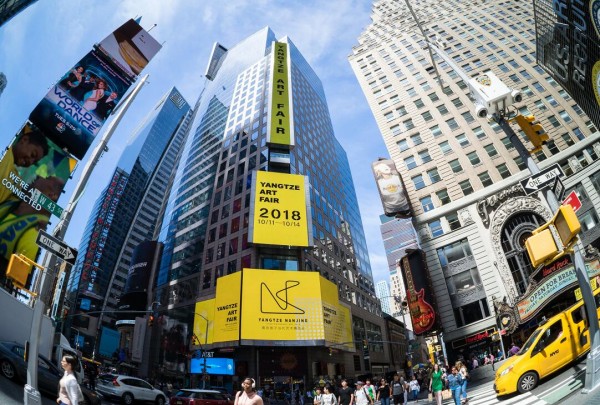 Frieze New York art fair was held from May 4th to May 6th, 2018. By returning to Randall’s Island Park, Frieze is presenting itself to the world’s contemporary art scene with a refreshing and fascinating art event. Another famous event, the Yangtze Art Fair from Nanjing, China, is announced on the large LED billboards of New York’s Times Square.

New York, known as the center of the world art has one of the most influential locations – Times Square. This is one of the best places to represent New York. It is a place where dazzling, flashing billboards attract people’s eyes. Featured with the theaters on Broadway and a large number of neon signs, Times Square is visited by 300,000 people every day. It is called “the intersection of the world”. According to recent research, every tourist at Times Square spends an average of 8 minutes to look at the billboards. Half of the visitors upload photos to the Internet. Research shows that the commercials at Times Square will take up to 1.5 million exposures in average. 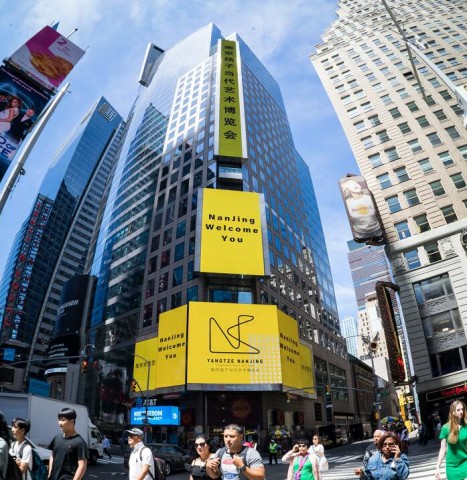