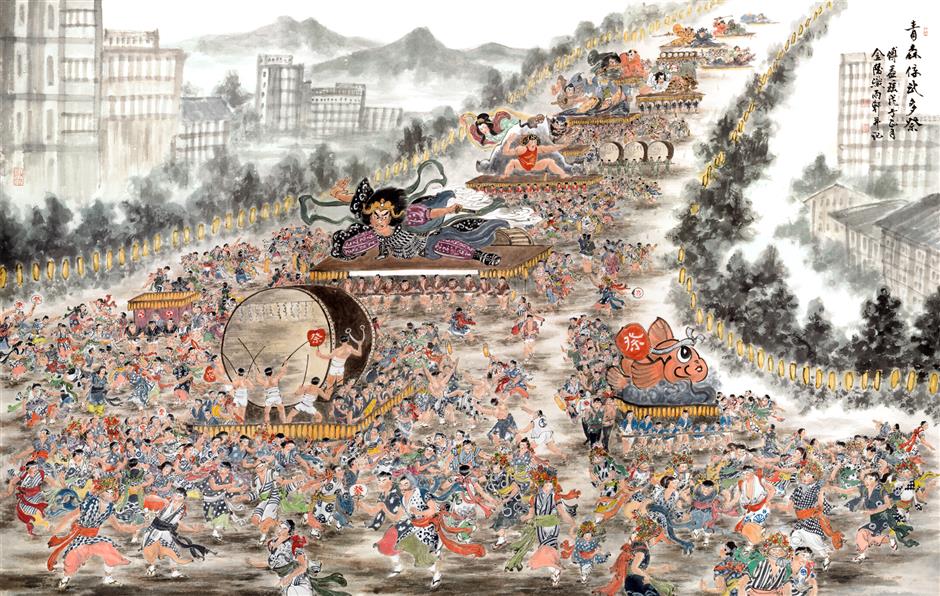 The Chinese-born artist has enjoyed overwhelming success in her home nation and in that of her resident country, Japan, where she has lived for a few decades.

Her solo exhibition, featuring nearly 100 ink-wash paintings, created under the theme of “Matsuri” (festivals in Japan) was unveiled on Wednesday and will run through August 17 at the Tokyo Metropolitan Theater in Tokyo.

The exhibit coincides with the Olympic and Paralympic Games organizing committee, for the 2020 Cultural Olympiad in Tokyo, selecting Fu as its only Matsuri artist to promote the Games.

“This is a special honor for an artist with Chinese blood,” Fu said. “Of course at the beginning, I heard some negative voices for the selection. But when they saw my paintings, my artworks immediately conquered them.”

Her original wish was to study performance art at a theater academy, but it was opposed by her father. After she graduated, Fu was assigned to teach at a remote school, where she later started to study painting.

Like her peers, Fu witnessed the vicissitudes of the society. She labored hard in the countryside, which perhaps nurtured her later unyielding tenacity.

Then in 1979 she was sent by the government to study in Japan.

Fu established her art status in Japan and eventually became famous in both countries.

“I have been interested in the theme of Japanese festivals for nearly 20 years,” she said. “In my eyes, they are one of the most lively and enchanting cultural activities in Japan, as everyone involved is so pious and focused.”

Fu realized that she must become one of the members if she was to depict an authentic scene. For example, in painting Japanese crowds performing an Awa Dance at the festival, Fu decided she had to learn Awa Dance herself.

“I had broken my ankle only three months prior to this. But I convinced myself to endure the pain and danced with the others,” she said. “Guess what? Soon I was so drawn into the dance that I almost forgot the pain in my ankles.” 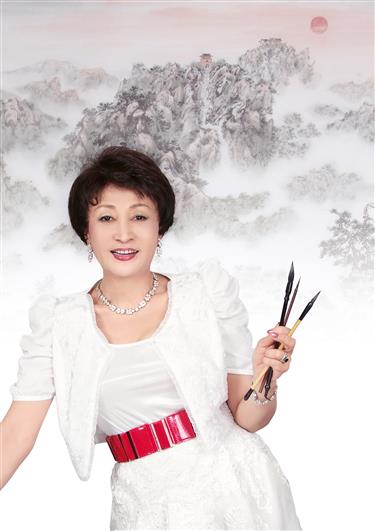 Artist Fu Yiyao has been selected as the only Matsuri artist in Japan to promote the upcoming Tokyo Olympic Games.

Fu believes that “art comes from life, otherwise I was unable to paint the attractive movement of the dancers under my brushstrokes.”

“One of my paintings includes a cluster of riders celebrating the Matsuri, but I never had a horse riding experience before,” she said. “Without any hesitance, I jumped onto a horse and learned the new skill.”

It is neither easy to feature a big cultural scene with a daunting number of characters, nor is it simple to express each character differently through gestures and expressions.

“I believe that one’s efforts always get rewarded in the end,” she said.

“Rome was not built in a day. I am sure that no other Japanese artist has accumulated such a great number of Matsuri paintings like I did in the past two decades.

“I feel so happy that I mirror a traditional Japanese cultural scene through traditional Chinese painting technique.” 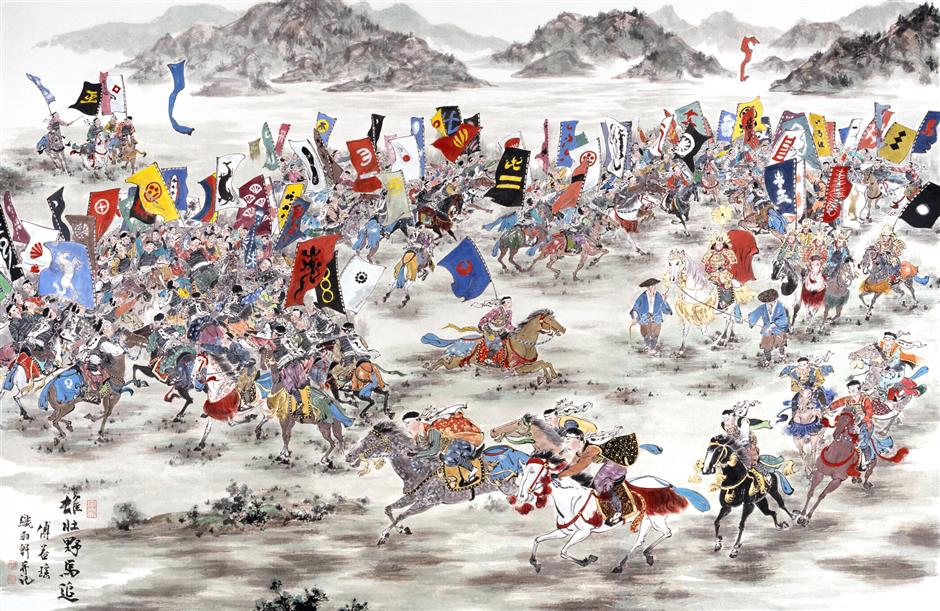 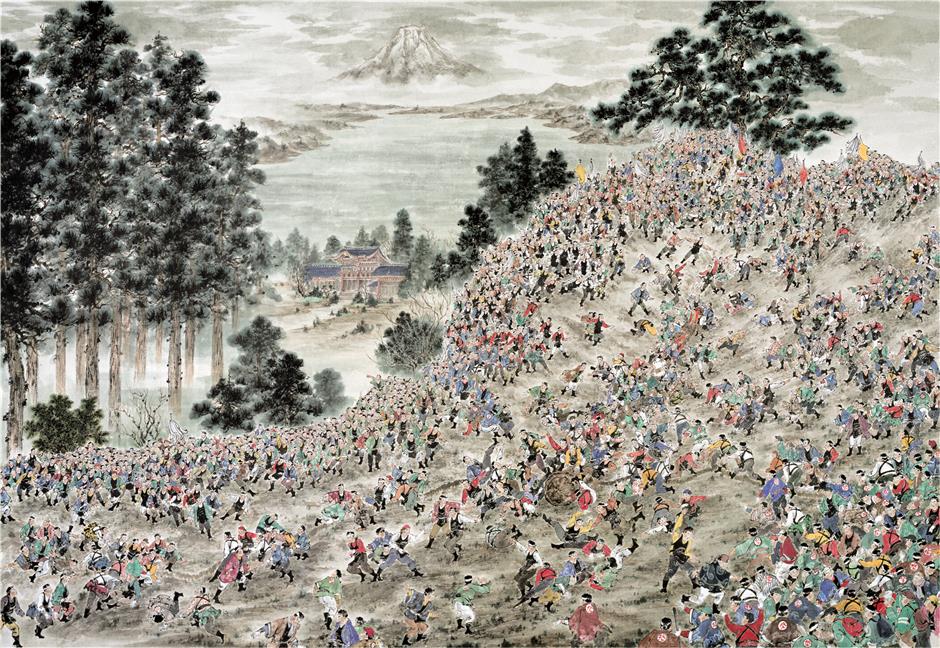