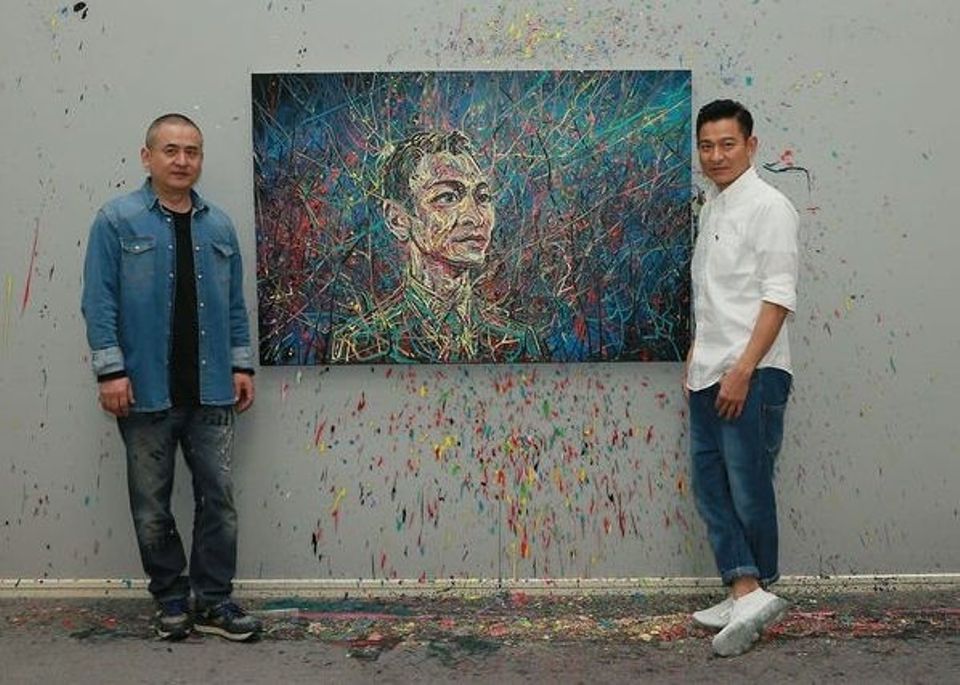 Billboards and posters with the work appeared all over Chinese-speaking world and social media this week.

Worlds collided and cultural boundaries flattened this week when the Chinese superstar singer and actor Andy Lau Tak Wah unveiled the poster of his much-awaited concert series. It features a portrait of Lau by Zeng Fanzhi, arguably the most successful contemporary artist in China who is a great admirer of another famous Andy—Warhol.

Done in colorful thick paint with Zeng’s distinctive bold brushstrokes, the portrait depicts Andy Lau—the most enduring of the “Four Heavenly Kings” of Chinese pop culture—gazing into the distance amid a swirl of vivid calligraphic lines.

Created in 2018, the painting is the key visual of an international marketing campaign around Lau’s return to the concert stage with 20 performances in Hong Kong alone, from 15 December. The dates will be followed by performances in dozens of cities in China and the rest of the world. Lau, who can attract fans in the tens of thousands in a single concert, had to cancel his 2017 tour after falling off a horse and sustaining serious injuries while filming a commercial in Thailand last year.

Just as tickets to My Love Andy Lau World Tour became available, billboards and posters with the portrait by Zeng appeared all over the Chinese-speaking world and social media. Marketers also released photos of Lau with Zeng, admiring the portrait against the artist’s paint-splattered studio wall. 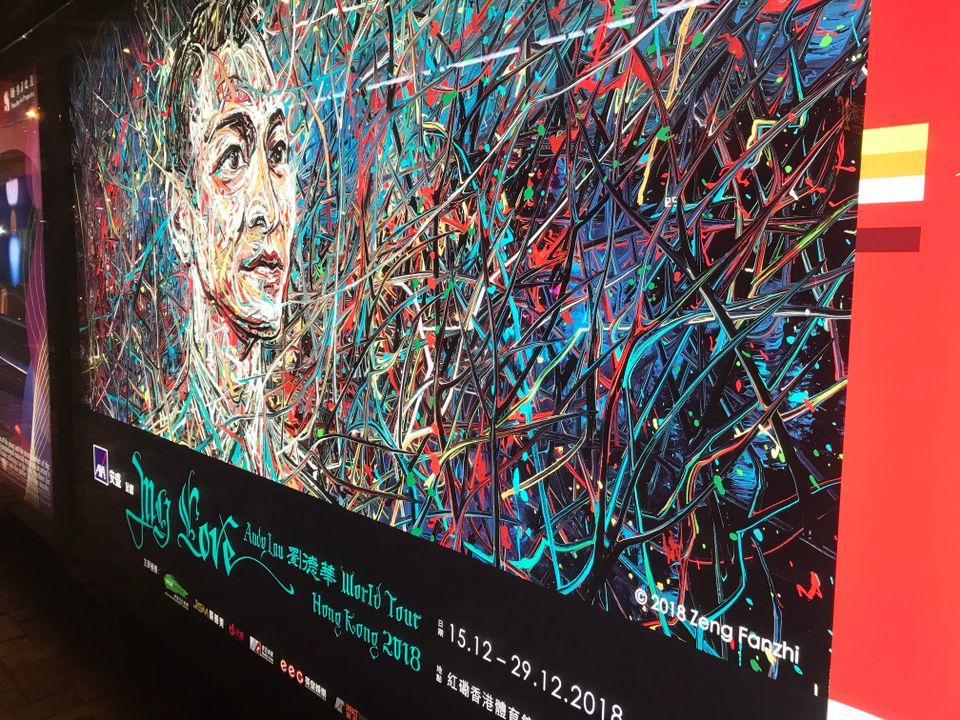 Rarely seen at art events and hardly known as a collector, Lau personally chose to use the painting to promote the concerts saying: “I have known Fanzhi for more than 10 years. At that time, I had wanted to study oil painting.” While Zeng’s art is highly coveted among art connoisseurs (his 2001 painting The Last Supper set the world record for contemporary Asian art at a 2013 auction, selling for $23.3m), Lau’s poster has transformed the Beijing painter into a household name.

Hong Kong-born Lau has been China’s most bankable movie actor since the 1980s, starring in films such as Infernal Affairs (which Martin Scorsese remade as the Oscar-winning film The Departed) and Wong Kar Wai’s Days of Being Wild. Lau commands millions as a product endorser, and has a thriving musical career, releasing more than 60 albums.

The unexpected bond between the two Chinese cultural personalities was last witnessed by the public in 2011 when guests at the opening of Zeng’s show at Gagosian Hong Kong were surprised by the appearance of Lau at the party.

Pop culture has been an important component of Zeng’s work. He has licensed images of his paintings to wine labels and directed the design of a luxury hotel in China. Zeng has made work in the style similar to Lau’s portrait featuring his personal heroes including the late ink master Zhang Daqian and several of Andy Warhol.

In March this year, Zeng signed with Hauser and Wirth. The gallery will host concurrent exhibitions of the Chinese artist this autumn at its space in Zurich (opening on 21 September), in London (opening on 1 October) and Hong Kong (opening on 7 October).