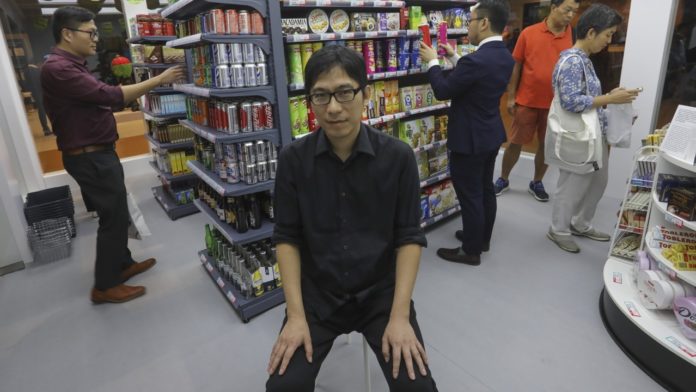 I have just bought a work of art by Xu Zhen for HK$5.90 (US$0.75) at Sotheby’s. It really is a lot less than you’d expect to pay for something by a big-name Chinese artist. But is it a bargain or have I played into the hands of someone eager to show how gullible art collectors are?

This is what I got for HK$5.90: an empty Tsingtao beer can that has been resealed to make it look unopened, a receipt from Xuzhen Supermarket and a plastic bag with the shop’s slogan: “Fill the void!” 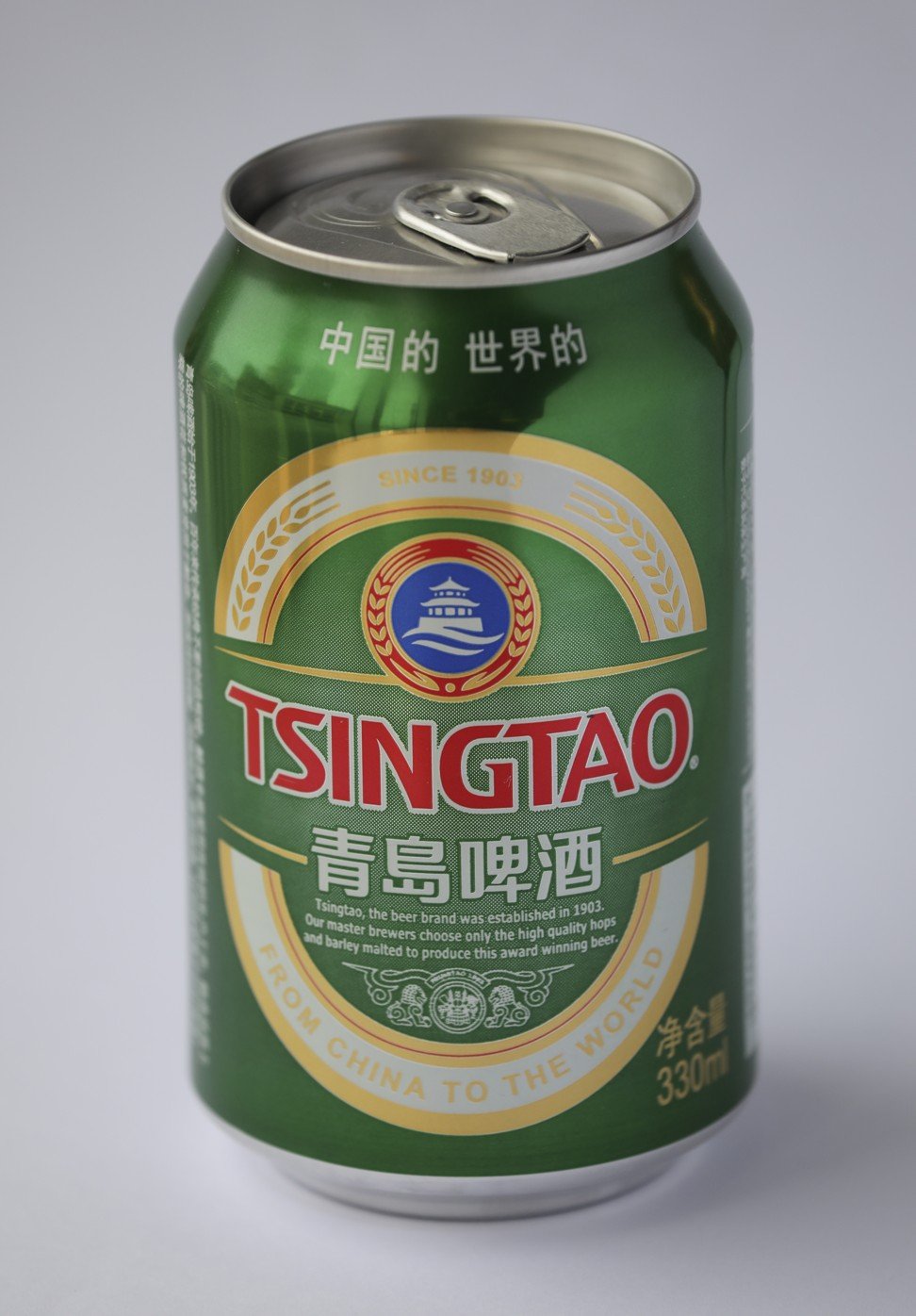 An empty beer can sold at the store.

Xuzhen Supermarket, located in the Sotheby’s auction hall at the Convention and Exhibition Centre, in Wan Chai, is a mini­mart stocked with sundries you’d find in any Chinese convenience store – cup noodles, biscuits, soft drinks, cigarettes, personal hygiene products, condoms, beer – the only difference being that all the packag­ing has been emptied of its contents and resealed, and the cashier accepts only credit cards. This is not Andy Warhol elevating the ordinary, say Brillo boxes, to art by making copies that looklike the real thing. Xu’s team bought a real can of Tsingtao from a shop, tipped out or drunk the beer, sealed it up again and sold it for exactly what they paid.

On September 30, the “supermarket” was sold for HK$1.6 million during the contemporary art evening sale, before commissions, exceeding the top presale estimate of HK$1.5 million. It wasn’t the actual display I’d just been to, though. The buyer bought “the right to commission new physical recreations and enactments of the concept, to be executed by XU ZHEN®”. The shelves and empty packaging in Hong Kong, also reconstructed in Shanghai and Beijing during the road­show, were just an example of what you would get if you were to buy the artwork.

The HK$1.6 million was paid for a contractual agree­ment with Xu that his team would build a supermarket stocked with the latest products sans content at locations of the buyer’s choice, within reason. Sotheby’s marketed it as Asia’s first auction of a concept as art. 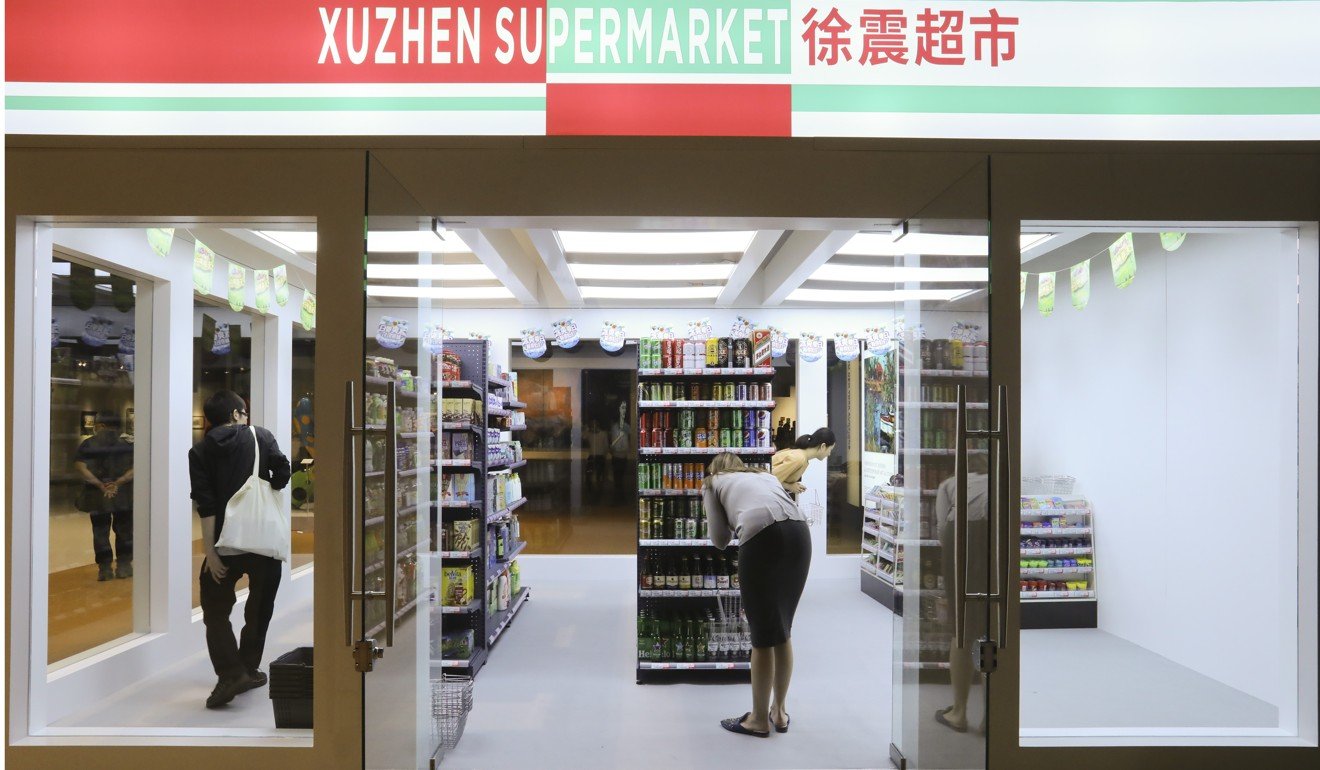 Except it isn’t. In 2009, architect and art collector William Lim bought One Day of the Artist’s Life at non-profit art space Para Site’s charity auction. The work was exactly what the title suggests – 24 hours of Tozer Pak Sheung-chuen’s time and all the art that the Hong Kong artist made during that period. (Sotheby’s is correct in so far as commercial auctions are concerned).

As when Pak sold himself to a collector for a day, Xu was directly involved in the auction of his supermarket. Both were asking the art market to play along to help complete works that are cynical comments on the commodi­ti­sation of art and artists’ labour – and I did, by buying that empty beer can.

Speaking to The Collector, Xu says any high-minded separation of art from market is pointless.

“The market is like air. It’s everywhere,” he says. “Every day you make judgments based on signals from the market. You can even think of an auction as an exhibition, or that the market – any market – is like an exhibition hall.”

Conceptual art emerged in the West decades ago. In 1987, American artist Sol LeWitt’s Ten Thousand Lines About 10 Inches (25cm) Long, Covering the Wall Evenly (1971) was sold for US$26,400 by Christie’s in New York. It was the first piece of intangible art to be sold at auction and the buyer, Manhattan art dealer David McKee, bought the right to have those 10,000 lines drawn on his wall. A plastic bag with the shop’s slogan.

This March, the Massimo de Carlo gallery introduced to Hong Kong another off-plan property that was for sale as art: Doug Aitken’s Mirage (2017), a house covered in mirrors, which the American artist will build for the buyer in a spot of their choosing.

Even Berlin-based artist Tino Sehgal, who refuses to let people film or photograph his one-off “constructed situations”, has sold a number of his ephemeral pieces that only come with an oral contract.

It’s easy to think that conceptual artists are just taking everyone for a ride. But Xu’s supermarket, part of a series that started with Shanghart Supermarket (2007), is a highly accessible artwork that has made the thousands who have shopped in one ponder the part-fascinating, part-horrifying spectacle that is China’s version of the market economy – or capitalism on speed.

Xu recalls setting up a version on a Shanghai street in 2016.

“There were people who became quite angry when they realised everything was empty,” he says. “Someone stood outside and warned people not to go in. But most people thought it was hilarious and just wanted to know why I did it.”

So, how did he reseal that beer can so perfectly?