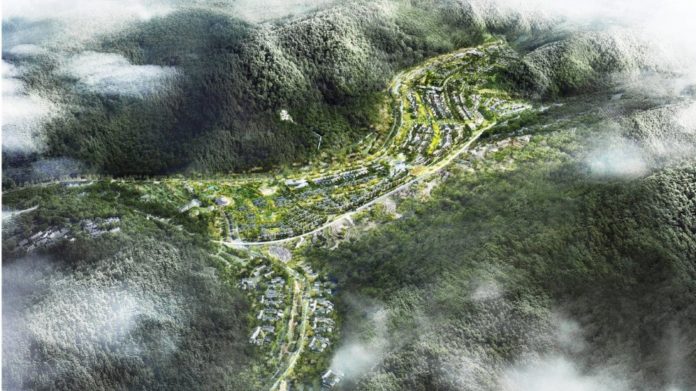 Valley XL, a 988-acre complex to be located outside the town of Chengde and 60 miles from Beijing, was announced Thursday at the Venice Architecture Biennale. The sprawling city in Xinglong County is one of thousands of arts metropolises to be erected by the Chinese government, according to the South China Morning Post. Construction will be helmed by Shenzhen XL Culture Development and Guangdong Yuegang Investment Development, and the project could see a soft launch as early as next year.

Valley XL will feature spate of cultural amenities to lure tourists and artistic talent, including a museum and space for residencies. A high-speed rail line, expected to come online next year, will bring the total journey from Beijing to Chengde down to 20 minutes. But the question remains whether there will be enough high-quality artists and creators to match the spaces being built for them. To that end, the developers have brought on Li Zhenhua, founder of Beijing Art Lab, to serve as a cultural advisor on the project.