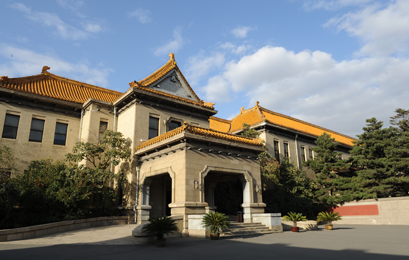 “The aim is to set an example for modern Chinese building renovation projects and offer a platform for visitors to better know the history,” said Zhao Jimin, deputy curator of the Museum of the Imperial Palace of “Manchukuo,” which is in charge of the protection and restoration of the palace complex.

Located in Changchun, capital of Jilin Province, the museum has spent 240 million yuan (around 35 million U.S. dollars) over the past six years renovating the core areas of the palace, including the private living quarters of Puyi and the imperial garden.

To restore the palace to its original appearance, researchers checked numerous Chinese and Japanese materials, pictures, and interviewed witnesses who were around during the puppet state.

In addition, researchers cooperated with craftsmen from the city of Jingdezhen, China’s “porcelain capital,” to restore the wall bricks of Tongde Hall, an office building and entertainment venue for Puyi, according to the museum’s project department director Zhou Bo.

“Manchukuo” was a puppet state established by Japanese invaders to control northeast China from 1932 until 1945. The Japanese occupiers made Puyi, the last emperor of the Qing Dynasty (1644-1911), the puppet emperor of “Manchukuo.” 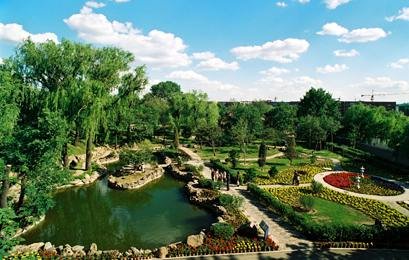 Built in 1962, the museum covers an area of over 250,000 square meters. It is home to around 70,000 pieces of cultural relics. Due to many years of disrepair, the foundations of some palace buildings have fallen and a few walls have cracked.

Zhou said two buildings had been renovated so far. For the next step, the museum will restore the wall bricks, tiles, stairs, exterior decorations of the remaining 21 buildings, as well as underground air-raid shelters and swimming pools before the end of 2022.

The museum has become an important base for patriotic education in China. Each year, 1.2 million visits to the museum are made.