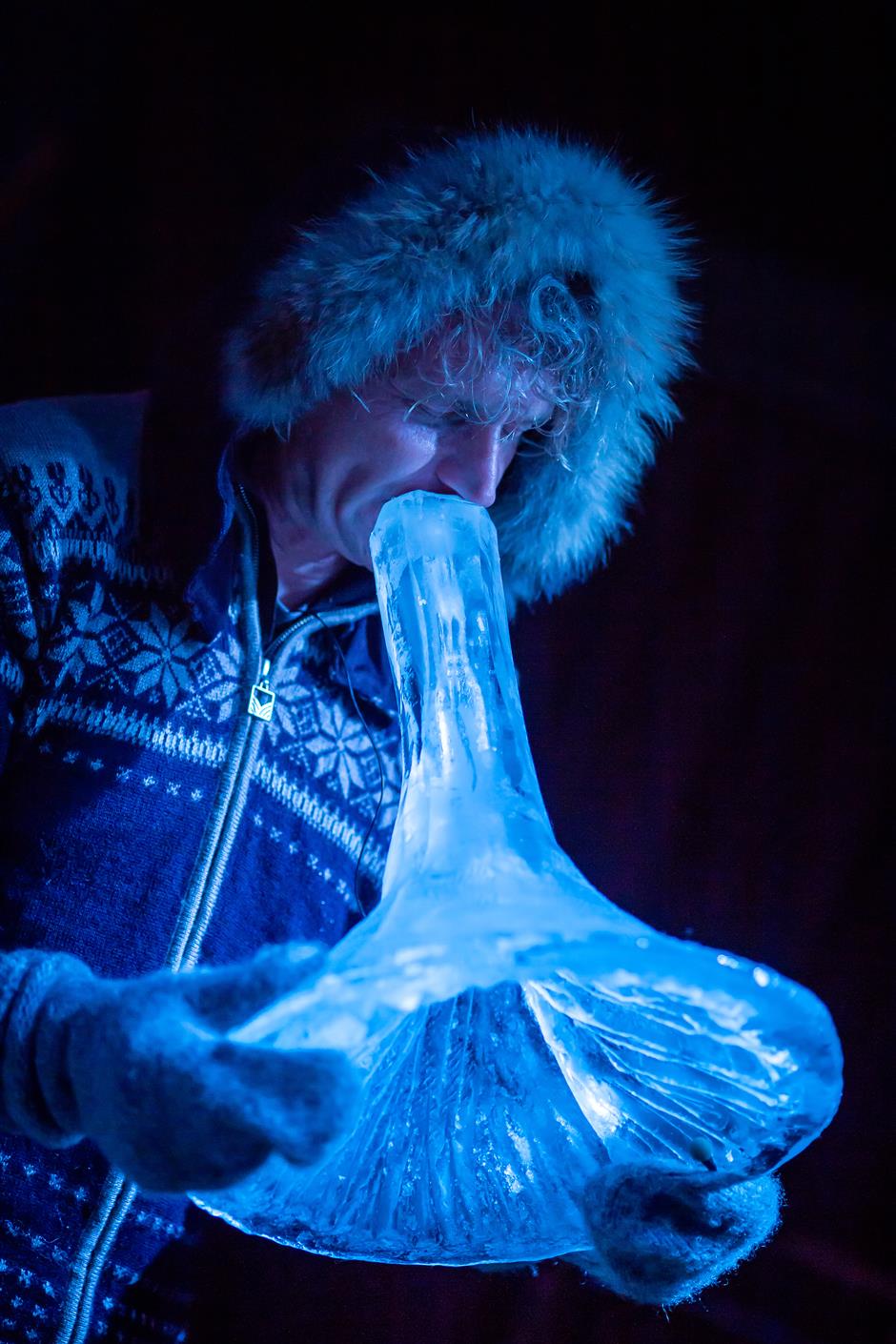 If you hanker for the ultimate cool in music, meet Norwegian percussionist Terje Isungset. He and his fellow musicians will be staging an “Ice Music” show at this year’s Shanghai International Arts Festival tomorrow.

The show, a taste of winter before the season actually arrives, is one of the highlights of this year’s “12-Hour Special Activity,” which will be staged at the Shanghai City Lawn Music Plaza.

All the instruments used by Isungset and his group, including drums, horns, harps, cellos and guitars, are made of ice. He has said in previous interviews that the ice must be naturally occurring, giving it what he calls “a dynamic range of sound frequencies.” Artificial ice is sonically dead, he said.

To obtain natural ice, the Chinese staff from Hermark Culture, a performing arts agency, began a hunt earlier this year. After months of searching, they finally found satisfactory ice at a reservoir in Beijing. The ice was transported to a cold storage warehouse, where the performers and local workers crafted the unusual musical instruments.

“The glittering, translucent ice looks so light,” said Yang Meina, manager of the project. “But it was a heavy task for us staff.”

The instruments, now stored in Beijing, are transported to Shanghai a few days before the performance. A refrigerator truck will be on hand at all times. 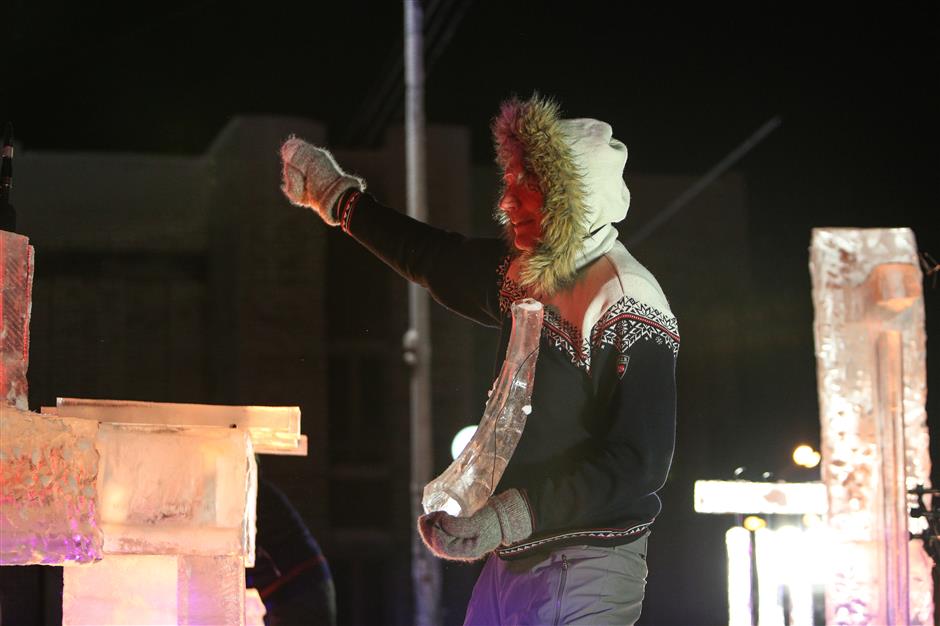 The artists will wear Scandinavian clothing during the performance.

According to Yang, the ice begins to thaw in about one hour. However, wind can accelerate ice melt. Since the concert will be performed outdoors, there could be many unforeseen factors, which, in fact, is one of the attractions of the show.

“Audiences will also get a glimpse of the Scandinavian landscape and customs during the performance,” said Yang, noting the Norwegian clothing will be worn.

Isungset is one of Europe’s most accomplished and innovative percussionists, with two decades in jazz and Scandinavian music. His music pushes the boundaries. He has been called a combination of a sound artist and shaman.

The Ice Music project began after Isungset played in a frozen waterfall in Lillehammer, Norway, in 1999. He founded the annual Ice Music Festival Norway in 2006. Every year, the event creates a new “instrument of the year,” which is made only of ice and snow. Over the years, the collection has included the ice-kantele, ice-didgeridoo and ice-harp.

“The artists are excited about the upcoming performance in Shanghai,” said Yang. “They expect to interact with the public during the arts festival.”