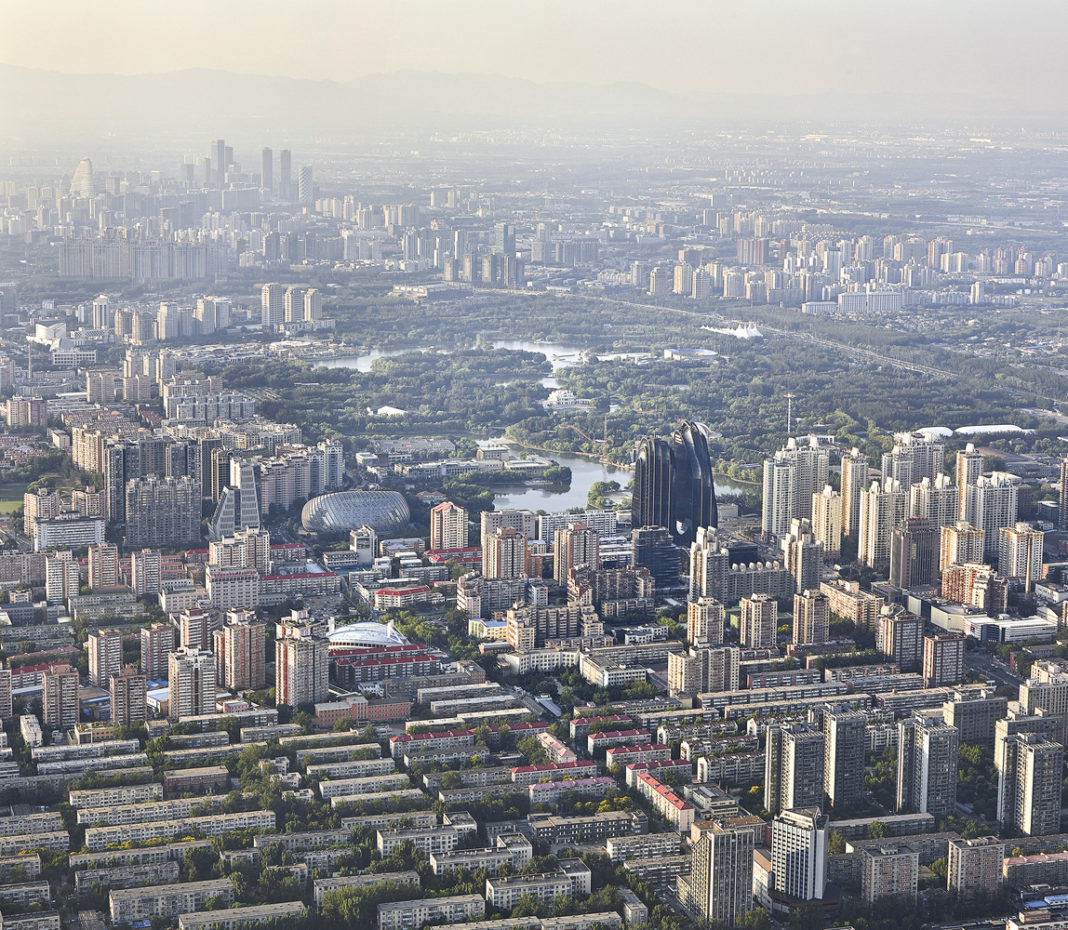 Text description provided by the architects. Positioned on the southern edge of Beijing’s Chaoyang Park ─ the largest remaining park in Beijing’s central business district area ─ the 220,000 sqm complex includes 10 buildings which unfold as a classic Shanshui painting on an urban scale. Having a similar position and function as Central Park in Manhattan, but unlike the modern box-like buildings that only create a separation between the park and the city, “Chaoyang Park Plaza” instead is an expansion of nature. It is an extension of the park into the city, naturalizing the CBD’s strong artificial skyline, borrowing scenery from a distant landscape ─ a classical approach to Chinese garden architecture, where nature and architecture blend into one another. 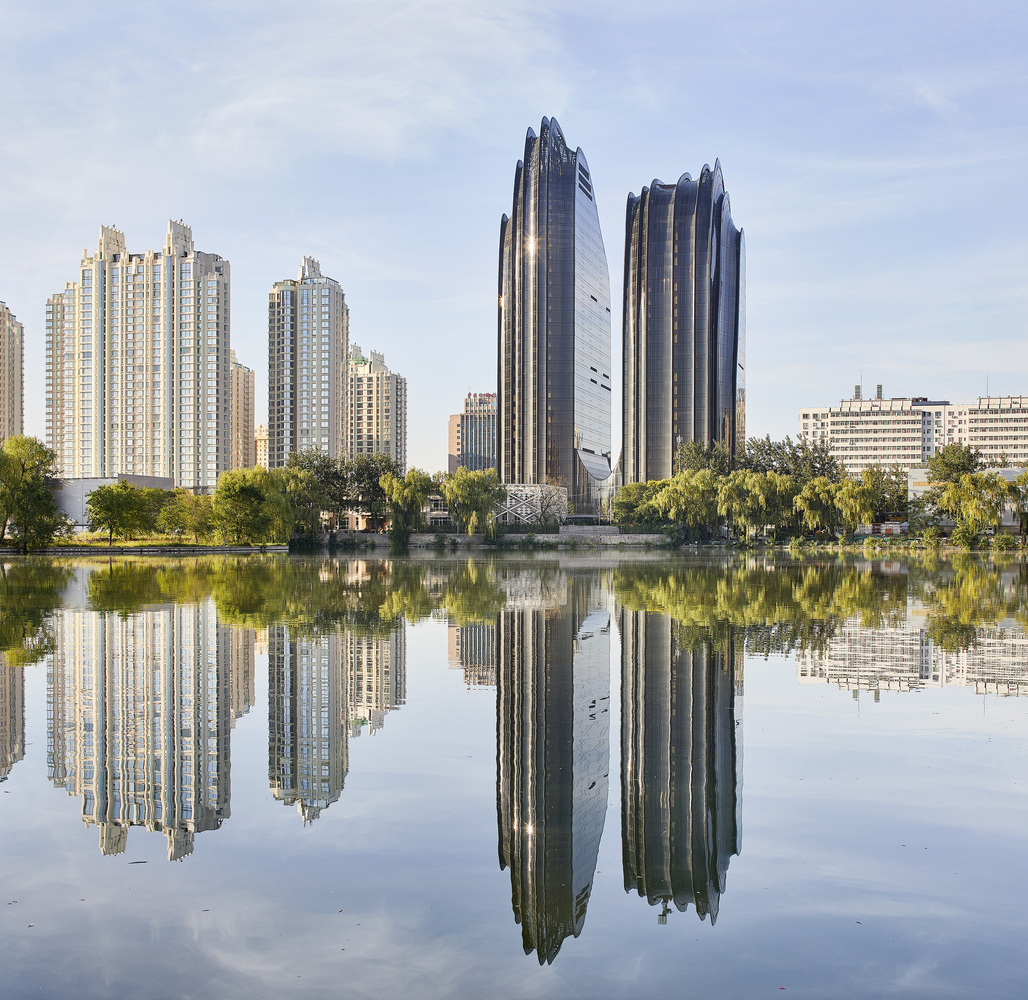 “In modern cities, architecture as an artificial creation is seen more as a symbol of capital, power or technological development; while nature exists independently. It is different from traditional Eastern cities where architecture and nature are designed as a whole, creating an atmosphere that serves to fulfill one’s spiritual pursuits,” said architect Ma Yansong. “We want to blur the boundary between nature and the artificial, and make it so that both are designed with the other in mind. Then, the argument in the modern logic of humans to protect or to destroy nature will no longer exist if we understand and see humans and nature as co-existing. Human behavior and emotion is part of nature, and nature is where that originates and ends.” 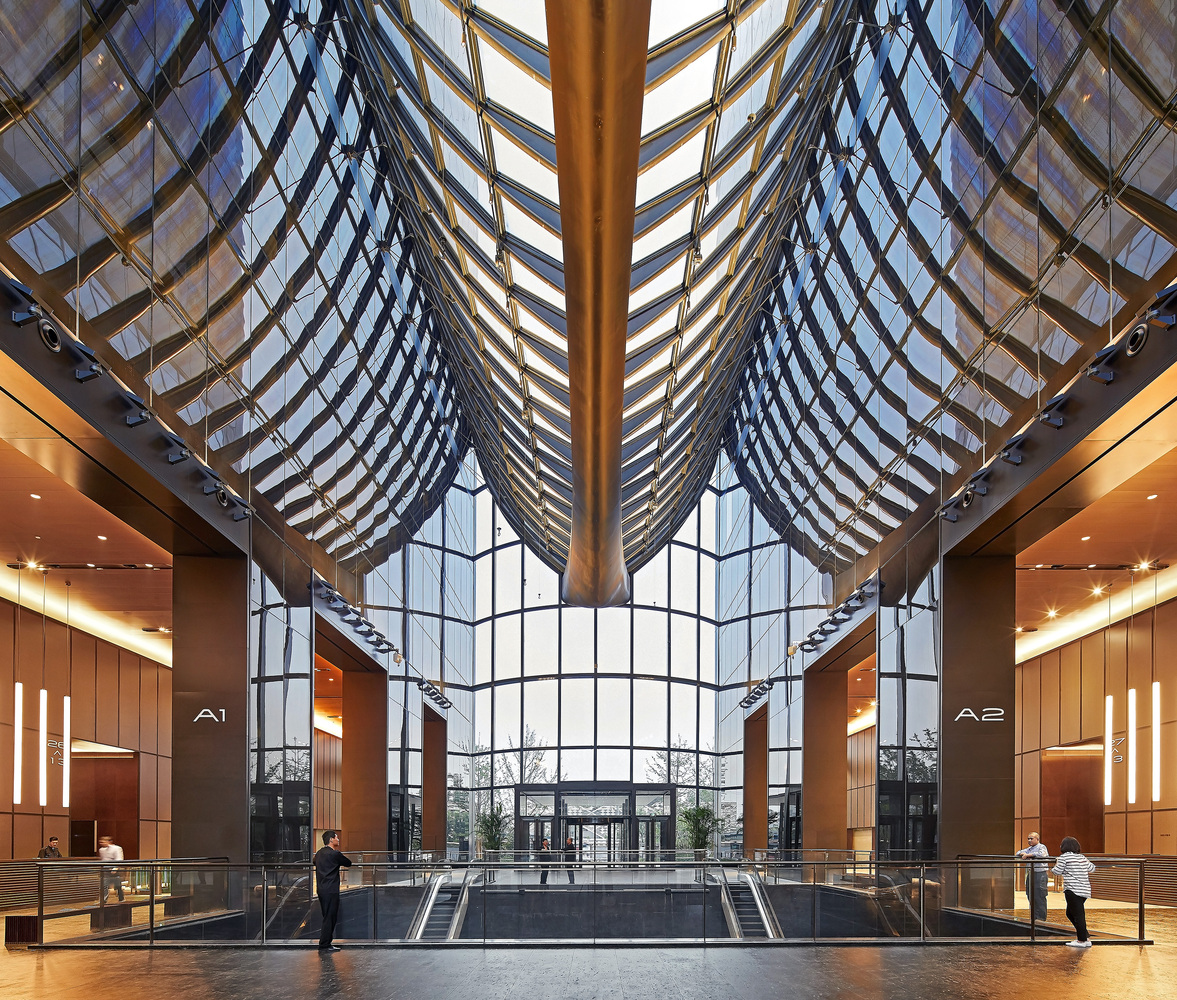 Inspired by traditional Chinese landscape paintings, the design remodels the relationship of large-scale architecture within our urban centers. It introduces natural forms and spaces ─ “mountain, brook, creek, rocks, valley and forest” ─ into the city. The asymmetrical twin tower office buildings on the north side of the site, sit at the base of the park’s lake and are like two mountain peaks growing out of the water. The transparent and bright atrium acts like a “drawstring” that pulls the two towers together by a connecting glass rooftop structure. 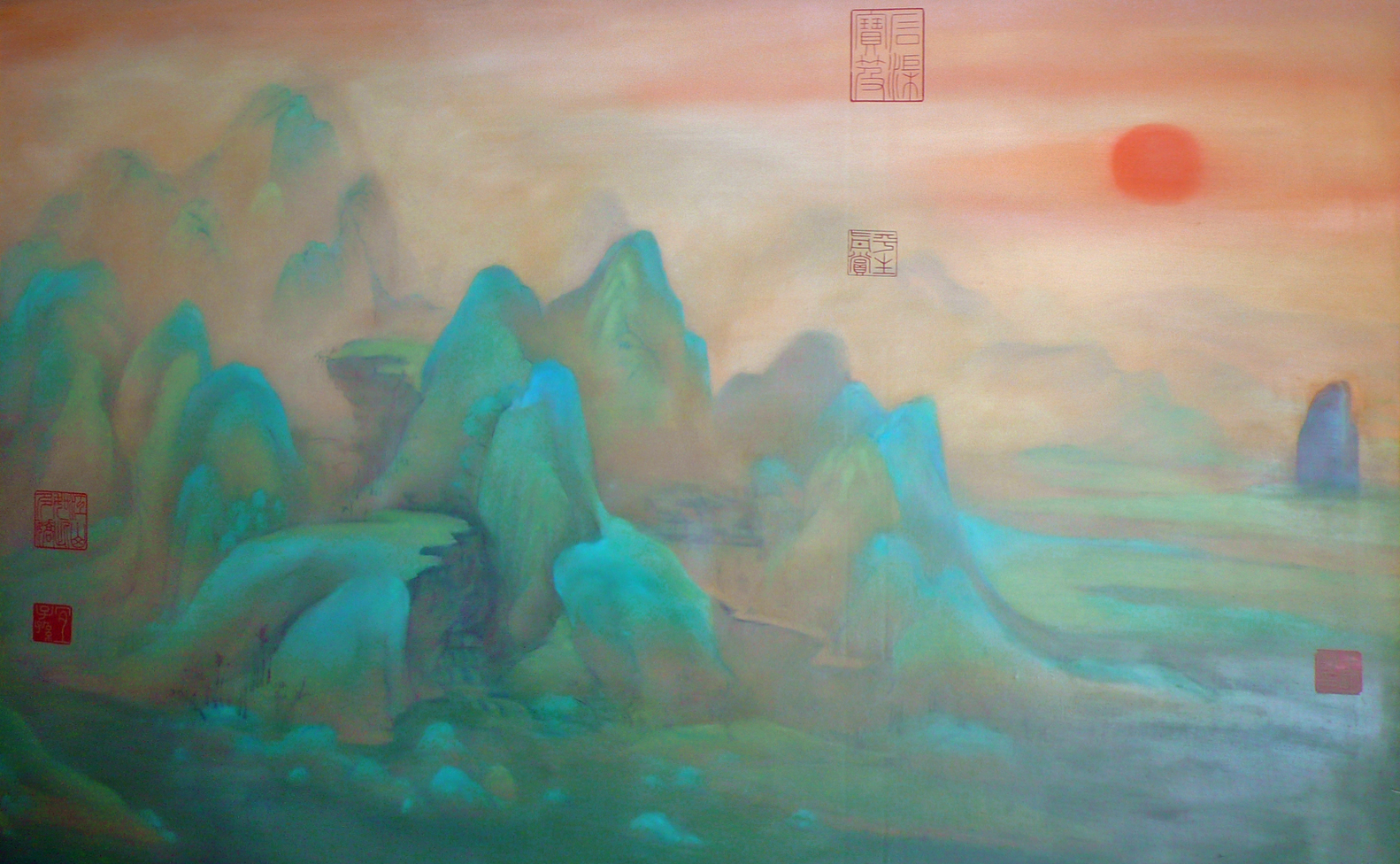 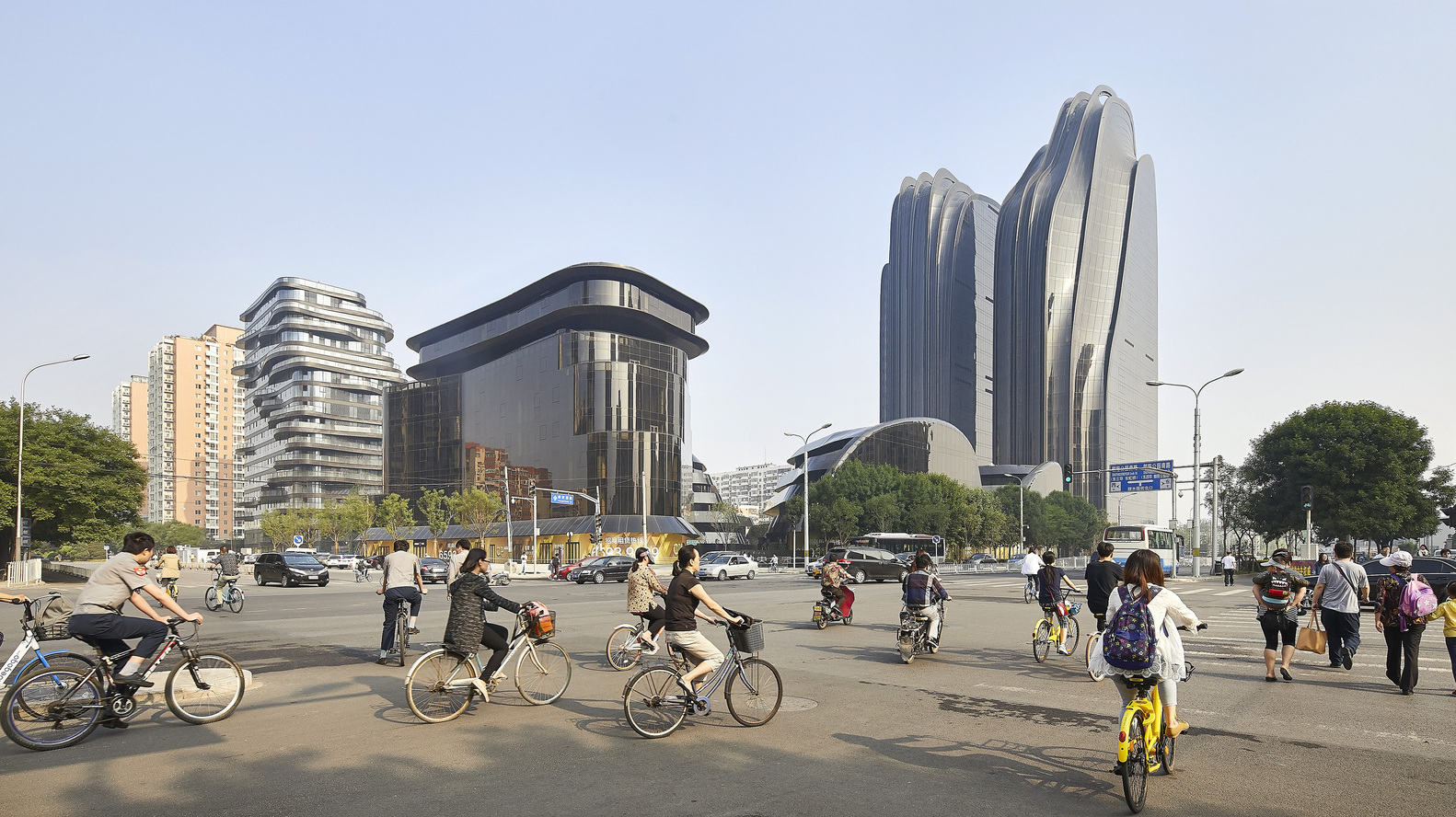 The small-scale, low-rise commercial buildings appear as mountain rocks that have endured long-term erosion. They seem to be randomly placed, but their strategic relationship to one another forms a secluded, but open urban garden, offering a place where people can meet within nature in the middle of the city. 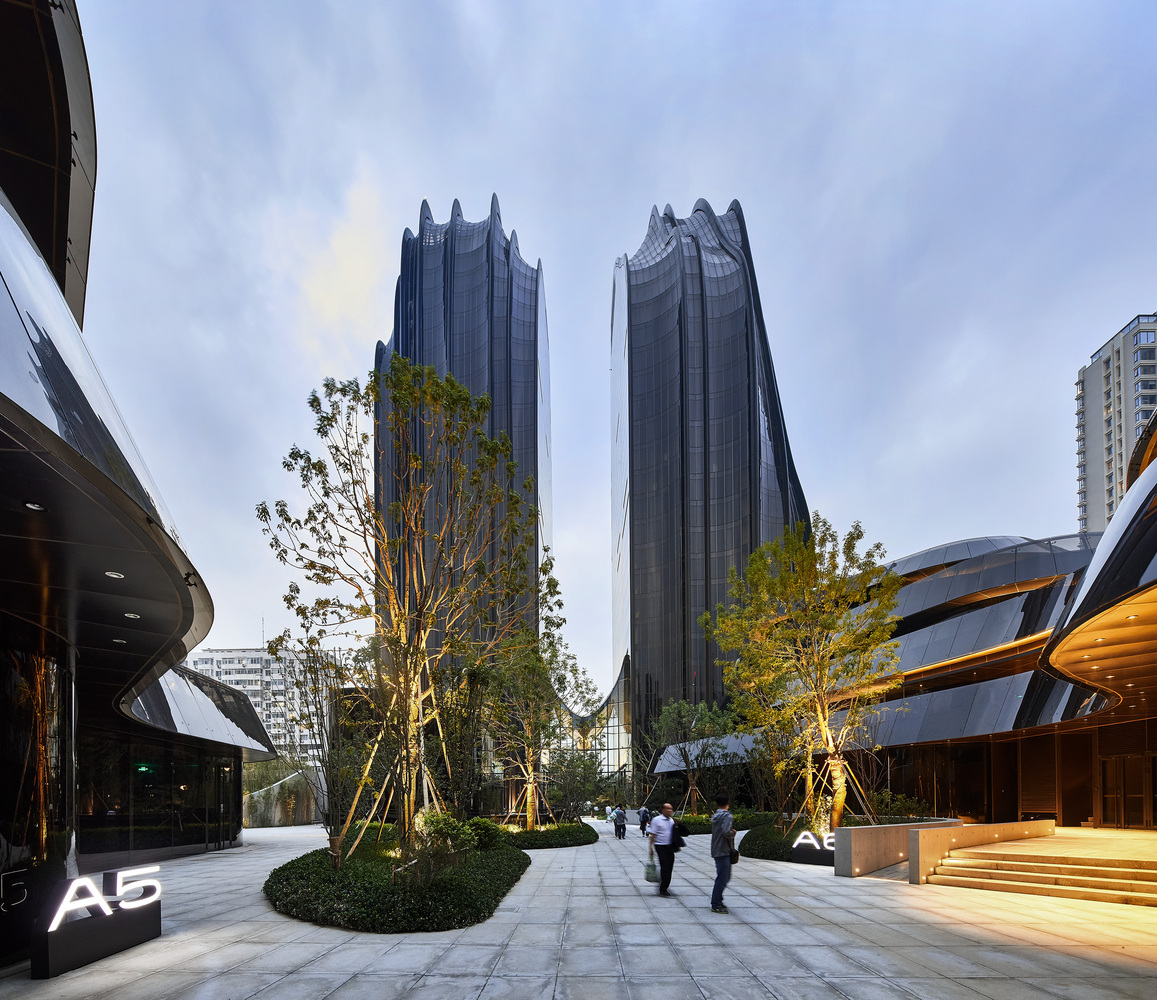 The two multi-story Armani apartments to the southwest continue this concept of “open air living” with their staggered balconies, offering each residential unit more opportunities to be exposed to natural sunlight, and ultimately feel a particular closeness to nature.

The overall environment is shaped by smooth, curved surfaces of black and white, creating a quiet and mysterious atmosphere. It is one that evokes the emotion and aesthetic resonance of a traditional Chinese ink painting, creating a tranquil escape from the surrounding, bustling urban environment. The landscape that weaves itself in between the buildings incorporates pine trees, bamboo, rocks and ponds ─ all traditional Eastern landscape elements that imply a deeper connection between the architecture and classical space. Japanese graphic artist Kenya Hara led the design of the “simple” and “refined” signage system for the project. 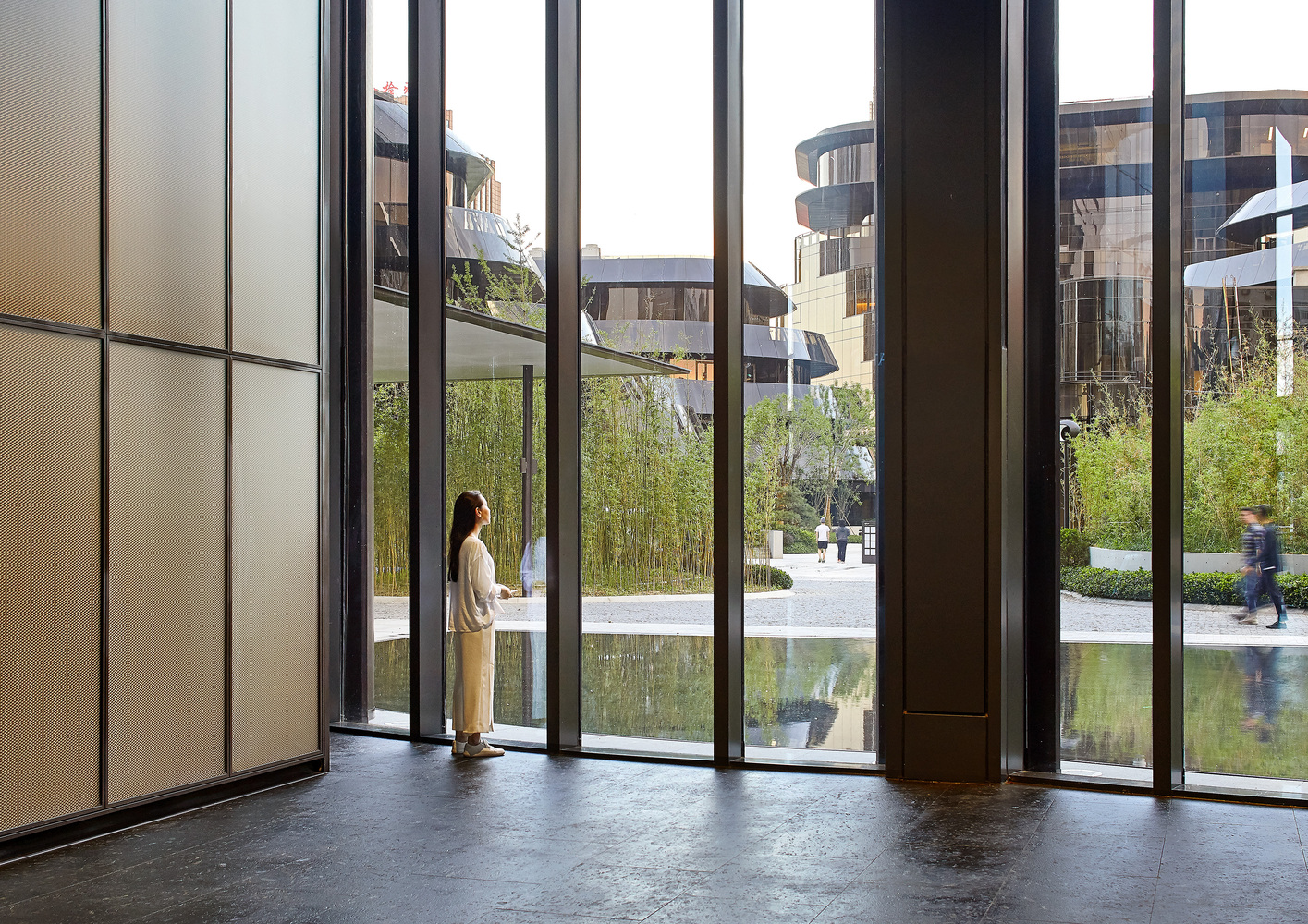 The project has been awarded the LEED Gold Certification by the US Green Building Council, as the ideal of “nature” is not only embodied in the design concept, but in the innovation and integration of green technology as well. The vertical fins seen on the exterior glass façade emphasize the smoothness and verticality of the towers. They also function as the energy efficient ventilation and filtration system, drawing fresh air indoors. At the base of the towers, there is a pond, that while making them appear as if they are going into infinity, works as an air cooling system in the summer, decreasing the overall temperature of the interior. 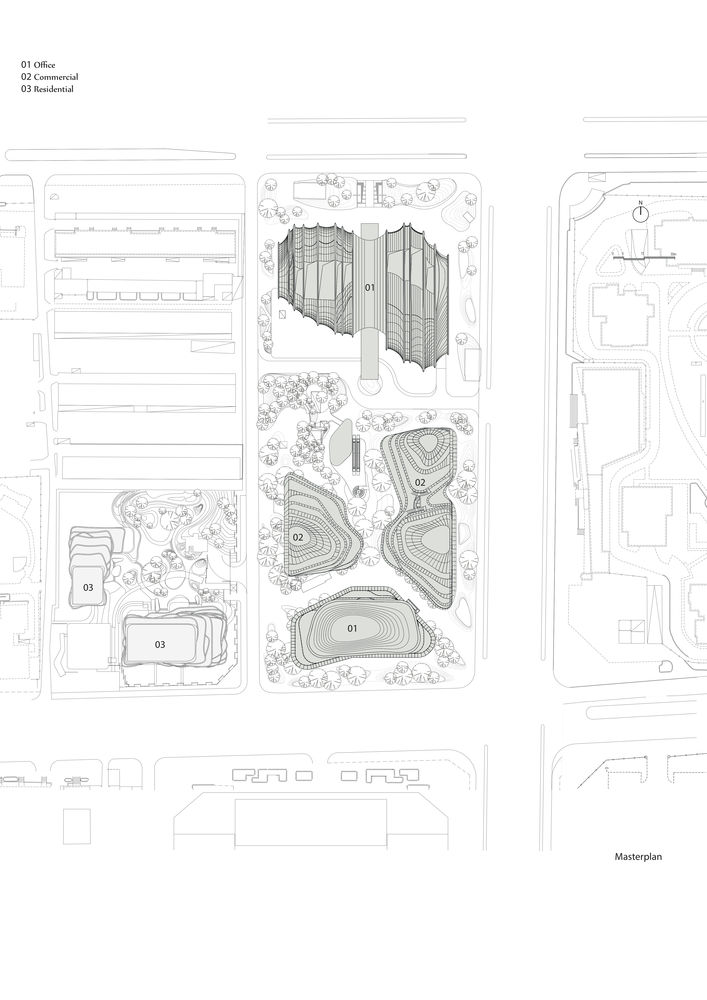 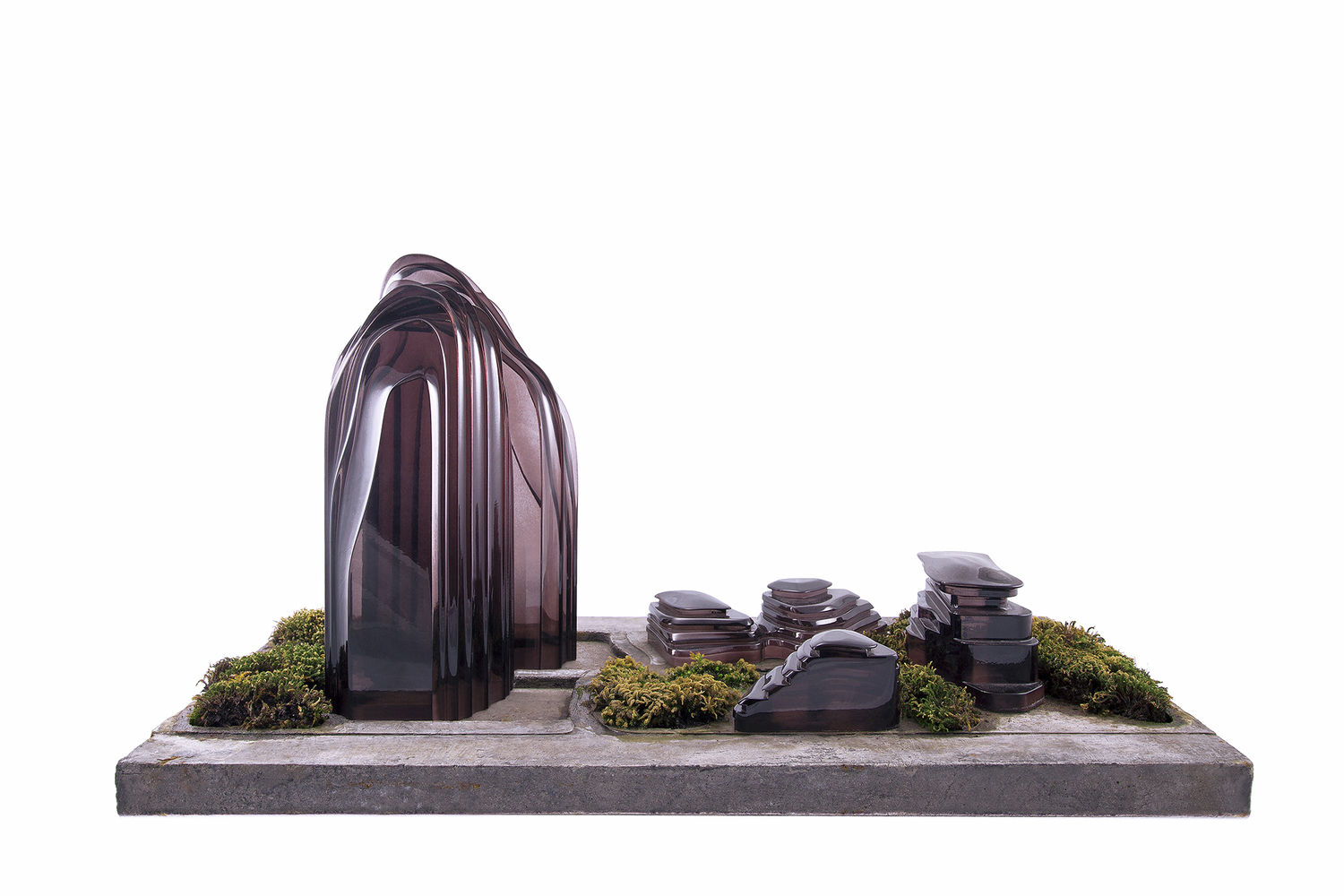 “Chaoyang Park Plaza” completely transforms the model of building found in our cities’ central business districts. But even though it is located in the center of Beijing’s CBD, the intention is for it to have a dialogue with the traditional and classical city of Beijing – reflecting the interdependence between man and nature, both in urban planning, and the large-scale presentation of the Shanshui garden. In the painting of Wang Mingxian, an architectural historian, he juxtaposed “Chaoyang Park Plaza” into a classical landscape painting. The architecture and the natural scenery seemed harmonious together, unlike how some might think the buildings do not fit into their urban context. Commenting on this contrast, Ma Yansong said: “I don’t think that’s our problem. The real question is when did the original cultural context of this city disappear? We have the opportunity to try and create a different kind of city, that on a spiritual and cultural level, can be compared to the classical cities of Eastern philosophy and wisdom.” 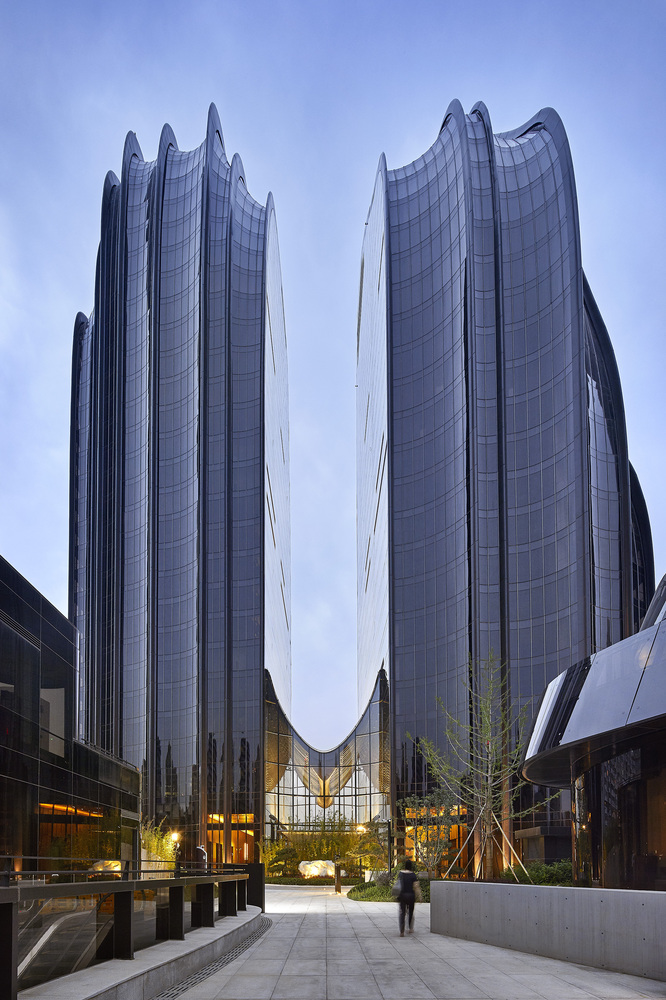