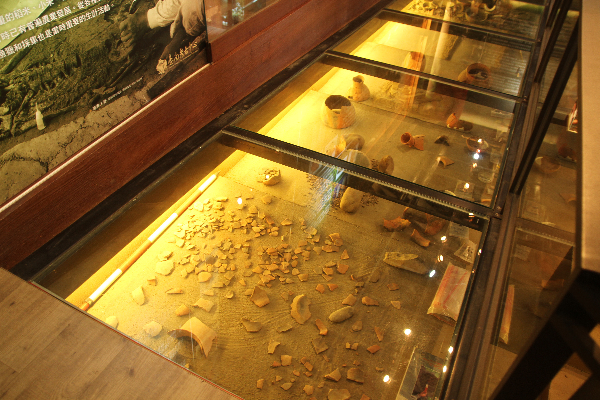 The center in Tainan hopes to enrich the field of study, while also preserving Taiwan’s important cultural sites and relics.

TAIPEI (Taiwan News) – On Monday, March 19, Tainan celebrated the opening of the Tainan Center for Archaeology Research (台南考古中心), in Guantian District, housed in the former Longtian Storage and Transportation Center (台鹽隆田儲運站), which is itself an important piece of historical architecture.

Tainan’s recorded history may only go back 400 years or so, however Tainan, and southern Taiwan has archeological evidence of human civilization dating back as far as 5,000 years. Now the region has a new center dedicated to the study and preservation of Taiwan’s priceless archaeological sites and artifacts.

The Tainan city government and scholars throughout the country are hopeful the new center will make Tainan an important hub for archaeological research and help invigorate historical and archaeological study in Taiwan.

The director of the new center Yin Yizhi (尹意智) along with two commissioners will assist various government departments and private agencies in dealing with historical sites, and assisting in their preservation, reports Liberty Times.

The center aims to establish itself as a public consulting service for construction and infrastructure projects that may deal with historic sites or possibly threaten important relics and areas. It will also work closely with local universities and research institutes to enhance the field of archaeology and assist in preservation of the country’s heritage sites for future generations.

The center also houses a museum specializing in the archaeological record of southern and central Taiwan. There are clay pots, bird fossils, stone axes, sarcophagi and various other implements dating back as far as the Dahu (大湖) civilization 3,000 years ago, through to the Songsong (蔦松) culture from between 800 to 1,500 years ago.

Visitors can view an array of stone implements and fossils (including that of Taiwan’s oldest known dog), while learning about the fascinating development of human civilization in Taiwan.

Over the coming years, the center is already planning to cooperate with various partners and agencies to begin work on renovating the historical grounds nearby the center to create an Archaeology Cultural Park (考古中心整個園區), which the city hopes will attract the public and increase visitors to the area.