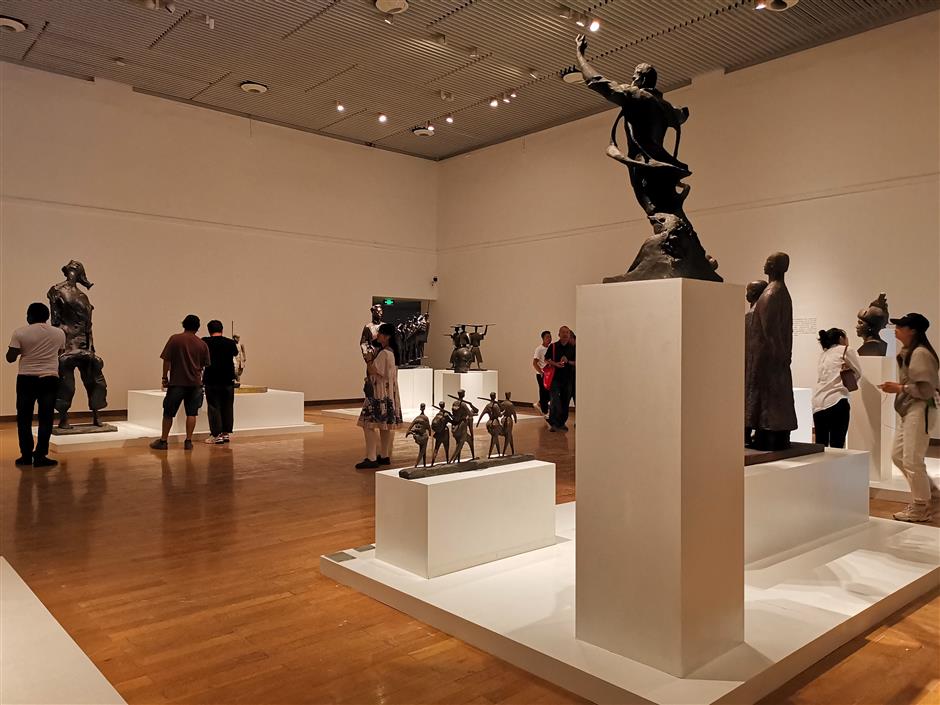 A major exhibition at the Art Museum of China Academy of Art in Hangzhou commemorates the 70th anniversary of the founding of the People’s Republic of China and the history of modern Chinese sculpture.

The show includes more than 200 figurines, sculptures and related texts from the beginning of the Chinese Civil War (1945-1949) to the present. These works reflect both a yearning for peace as well as admiration for the Chinese people.

A 4.5-meter section from a sculpture depicting the flight of students and faculty of China Academy of Art from invading Japanese forces. 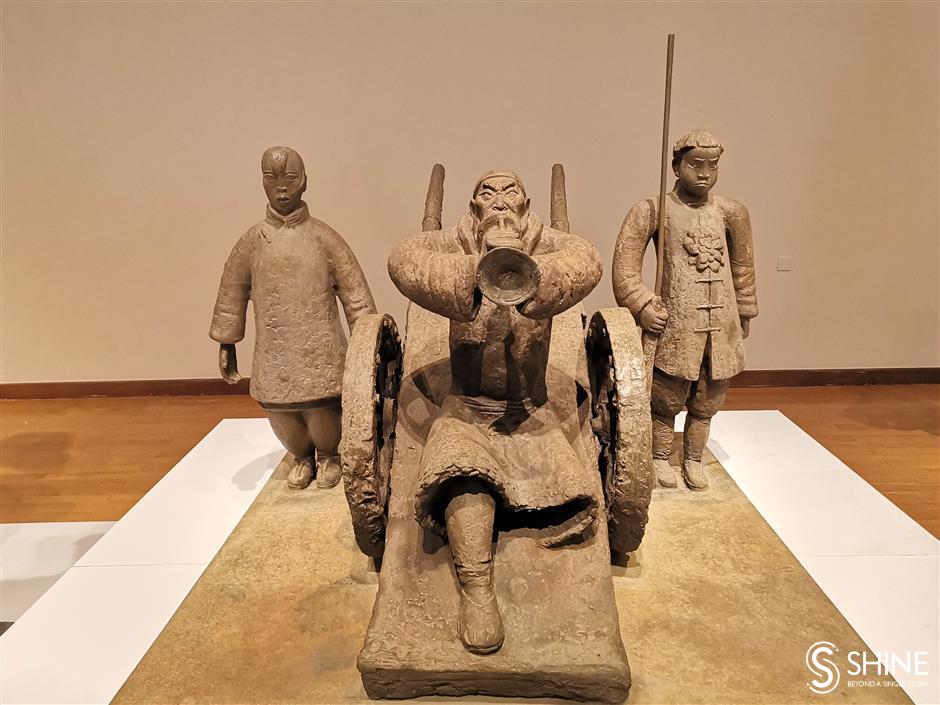 Among them, many works are commonly seen in parks and books, where they have evolved into symbols of bravery and persistence during difficult times.

“We have prepared the exhibition for five years. Commemoration is always the core of sculpture art. It is often used to showcase historical events linking people and nation,” said Yang Qirui, a professor from the China Academy of Art.

One of Yang’s sculptures is also on the view. “Chouwa Joins the Army” is a prestigious work in China’s modern sculpture history. He created it in the late 1980s. The work features a rustic country style, portraying a grandfather and mother accompanying a young man as he joins the army.

Yang said the sculpture demonstrates people’s resolution to fight against the enemy during war.

Inscriptions from the “The Monument to the People’s Heroes” are a highlight of the exhibition. These come from architecture design institutes from around the country.

In the 1950s, the central government invited architects to build a national monument in Beijing’s Tian’anmen Square to the martyrs of revolutionary struggle during the 19th and 20th centuries.

This 10-story obelisk was the first public artwork commissioned after the founding of the country.

When Japanese troops began invading Hangzhou during the War of Resistance Against Japanese Aggression (1931-1945), faculty and students from China Academy of China retreated to Hunan Province in a bid to flee the fighting.

In the 1980s, sculpture students from the college created a 45-meter-long sculpture to portray the history of this flight. The exhibition displays a 4.5-meter section of this work, which depicts people arriving to safety.