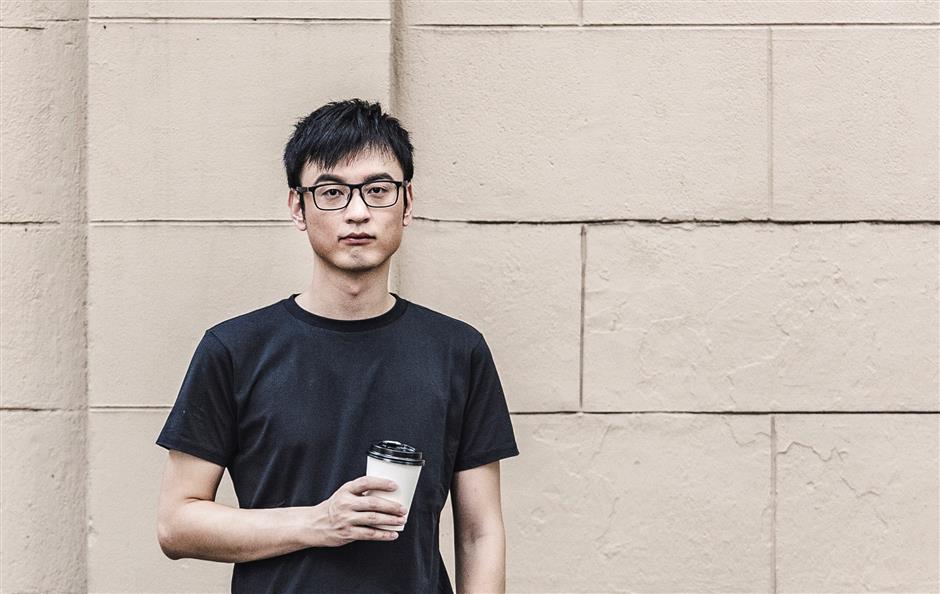 Zhang Shuojiong doesn’t like to follow the rules. If it was not for the enlightenment of the imaginative projects of Iraqi-British architect Zaha Hadid, Zhang would be doing the same boring designs as many others are doing.

Today, however, Zhang has emerged as a rising star in the digital architectural world with his fancy design language that liberates architectural geometry, breaks the two-dimensions and gives full play to the imagination.

Digital architecture is not a new concept. In the middle of the 1990s, the United States started the trend of digital design, which allowed complex calculations that free architects to create a diverse range of complicated forms with ease using computer algorithms.

Within a short two decades, a bunch of talented pioneering digital architects sprang up, but the one who actually brought this cool, bold architectural design, featuring beautiful curves, from computer and sketch paper into reality was Zaha Hadid, known as the “Queen of the Curve,” the first woman to receive the Pritzker Architecture Prize in 2004.

Greatly inspired and moved by Hadid’s projects, the then student Zhang decided to follow in her footsteps and become a digital architect.

“I fell in love with her works at the first sight when I was a student studying architecture at Tongji University. I didn’t understand why she did this and how she made it,” he recalls.

At that time, the young man stood in front of the Vitra Fire Station Hadid designed, awed by the designer’s great control of space.

With three-dimensional design as its core, digital architecture with the aid of computer algorithms topples the traditional “straight line” design and breaks two-dimensional space.

After graduation from Tongji, Zhang went to further his studies at the Architectural Association School of Architecture in London, where Hadid once studied, and then he worked in Hadid’s firm for three years.

“I found my niche and gained great fun in digital architectural design,” he says.

After coming back to China and working for Dutch firm UNStudio, the young architect finally established his own firm ArchUnits in Shanghai, trying to bring more digital elements into traditional architecture.

“The Industrial Age is based on mass production, but in the era of the Internet, people prefer mass tailor-made production to meet different needs of different groups, which ‘small-scale customization’ and ‘mass production’ cannot do anymore,” he says.

The revolutionary digital design can easily realize individual customization for multi-millions of people, which ushers the architecture industry into a brand-new era.

Curved lines and surfaces, from Zhang’s point of view, are not what digital design really means.

“Its greatest significance is that architectural design no longer depends on human hands and brain, but is conducted by computer modeling and programming, which greatly lowers the labor cost and improves accuracy and efficiency,” Zhang says.

The flagship store of Finland sports watch brand Suunto was ArchUnits’ first project. Based on 3D modeling, the store is designed with numerous irregular triangles of different sizes, which creates a dynamic space that strengthens the brand’s wild and energetic image. 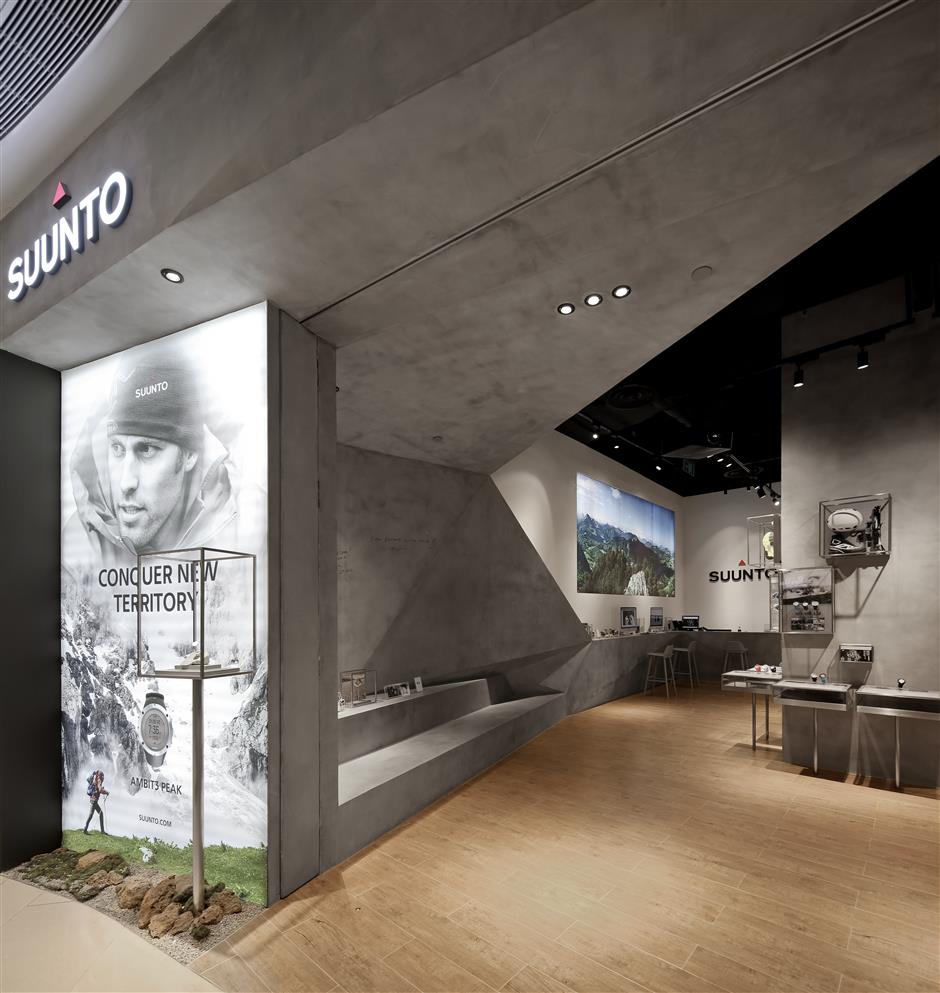 The kiosk of Jiabei Country Park in Jiading District is another successful work by Zhang’s team.

Two curved surfaces, made of simple wooden square planks that are organized by computer calculation, add vitality and fun to the structure. Zhang used straight lines to create a curved space, offering people a comfortable, light-hearted spot to have a moment of peace.

The two curved surfaces naturally leave two triangle-shaped entries at two ends, one with the view of a Sakura forest, and the other working as a observation point for the street. 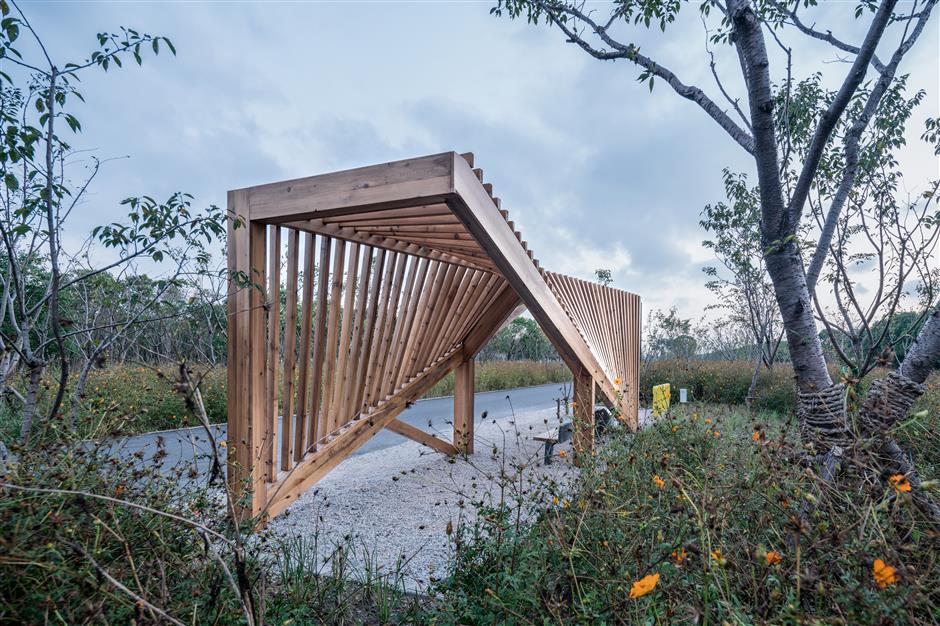 The kiosk of Jiabei Country Park in Jiading District

The Jing’an Commercial Building renovation project was ArchUnits’ latest project. At the junction of Huashan and Julu roads, the 1990s house looked old with its outdated infrastructure and equipment.

Zhang used a glass-reinforced-concrete material on the exterior walls, and designed curved surfaces and smooth corners, making the building stylish and prominent but also in harmony with quiet Huashan Road.

The interior design follows the rule of “less is more.” Zhang designed a spiral staircase and a ceiling-high central lobby, which turned the once crowded, dimly lit office building into a light and airy space, and can be shared for every floor. 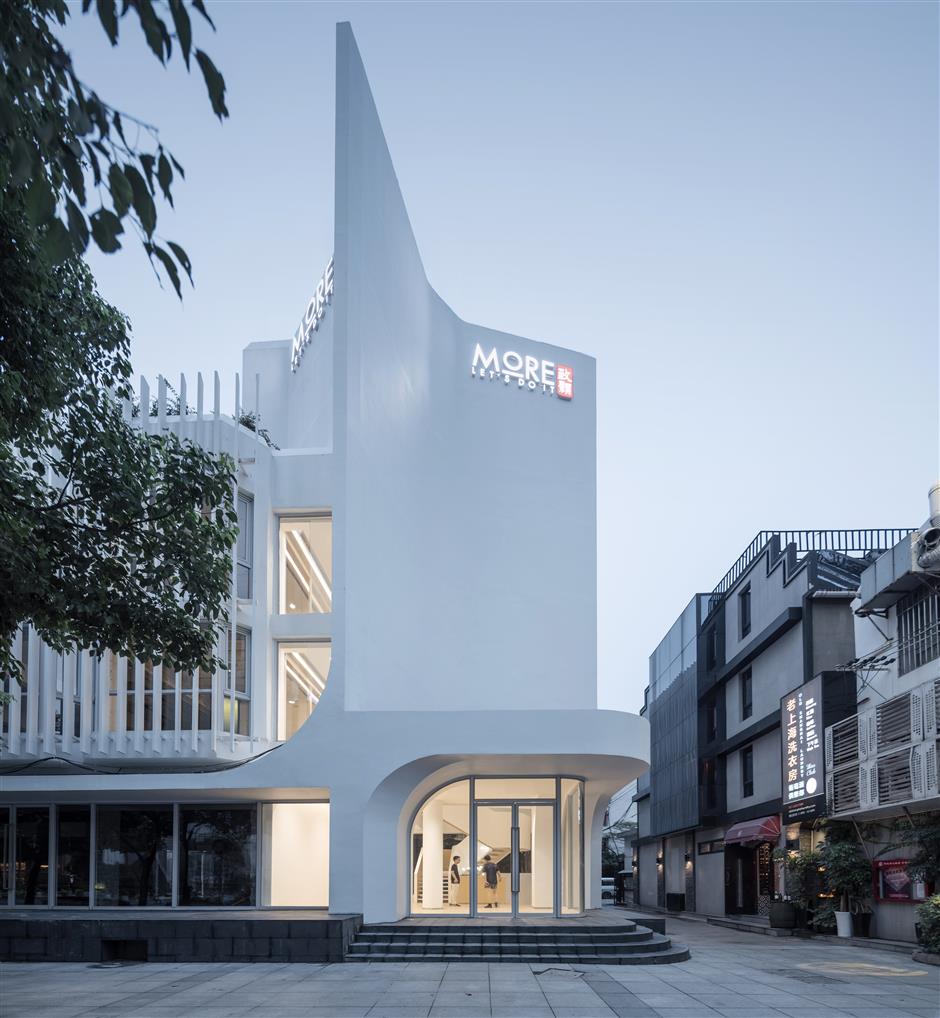 The Jing’an Commercial Building is a recent ArchUnits project.

Each architectural project Zhang has joined and presided over are all calculated by computer.

“The human brain cannot be that accurate, because every angle difference and radian change is so slight that only a computer can guarantee the accuracy, lowering the interference from human labor to the maximum extent possible.”

However, Zhang still remembers that “architecture is people-oriented.”

“I won’t sacrifice people’s spatial experience for digital design. What I’m doing is always for better living,” he says.