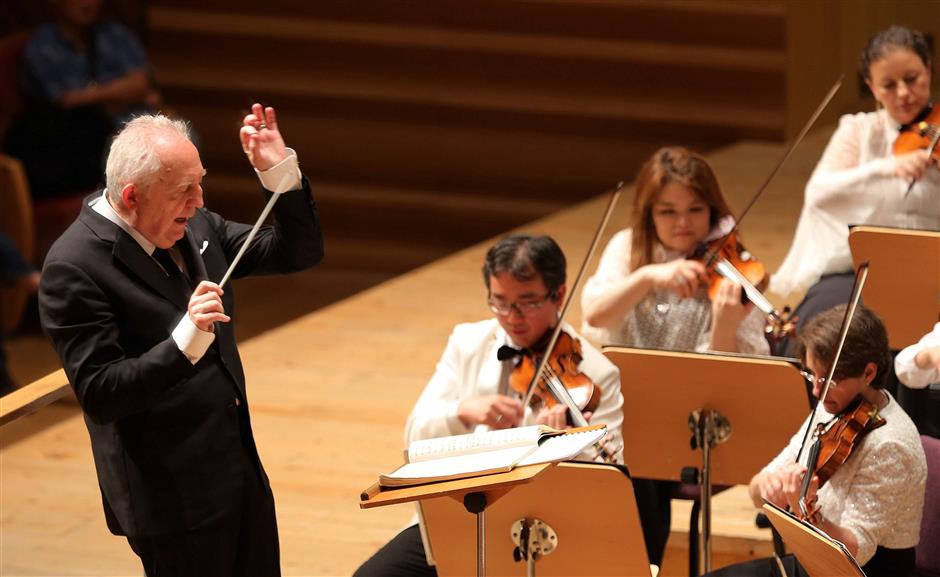 He still remembers the great encouragement he received from Bernstein when they met 30 years ago.

“Whenever I do his music, I feel like Bernstein is in the room, saying ‘yeah, go! Do it. Don’t worry about me. Just express yourself!’” says Tovey.

Together with the New York Philharmonic, Tovey presented Shanghai audiences Bernstein’s “Candide Overture,” Three Dance Variation from “Fancy Free,” Symphonic Dances from “West Side story” and three dance episodes from “On the Town.” The concert was one of the 2018 Music in the Summer Air programs.

“Bernstein just loved life. If Bernstein was here now, he would give everybody a big hug and talk about art and music all day long,” Tovey says. “Unfortunately, he is not here, but his music will speak on his behalf.”

Tovey has just left his long-time position as music director of the Vancouver Symphony Orchestra from 2000-2018. Under his leadership, the VSO toured China, South Korea, Canada and the United States.

On his new job as principal conductor of the BBC Concert Orchestra since January, Tovey is excited about helping expand its repertoire of contemporary music, including his own compositions.

Tovey rose to prominence as a composer in 2003 when he won the Juno Award for Best Classical Composition for his choral and brass work “Requiem for a Charred Skull.” It expresses his personal feeling about war and Kosovo during the conflicts in the 1990s.

“I don’t think my music has been played in China yet, but I believe it will be fun to bring it some day in the near future,” says Tovey. 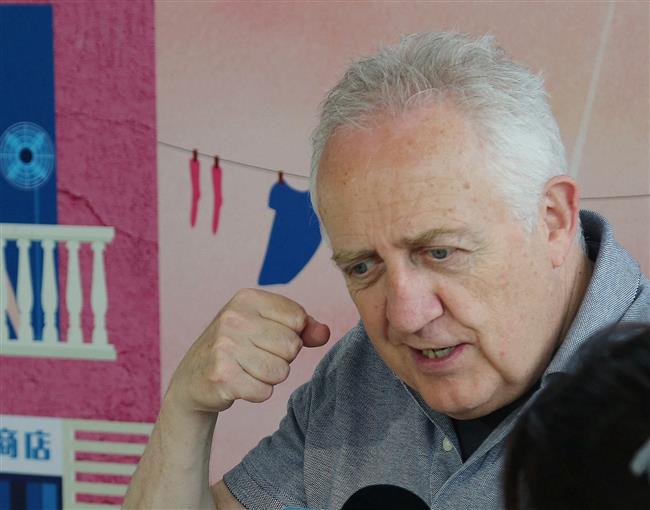 Q: Both you and Bernstein have the talent of playing the piano, conducting and composing. How do you see the connection between you two?

A: Bernstein created so many things as a composer, a conductor, a pianist and an orchestra music director, which I have been, too.

But I am not Bernstein. I am just me. I don’t think what I am doing is what he did. I just feel very close to him.

Q: Among piano playing, conducting and composing, which is easiest for you？

A: In the different parts of my life, I found different ones difficult. When I was younger, like 25, piano was no problem, but conducting was very difficult. Now 40 years later, the balance has changed.

As for composing, it is also important to have time. Bernstein said that to be really creative as a composer, you’ve got to have a great idea and not quite enough time. Because when you don’t have quite enough time, you somehow find the results leading you to be creative.

Q: You have just finished your long turn as music director of the Vancouver Symphony Orchestra. How do you look back at your relationship with the orchestra?

A: It was wonderful to work with the Vancouver Symphony Orchestra. We have been through a lot of things together.

Many people tend to talk about our rejecting the invitation to play at the 2010 Winter Olympics opening ceremony. The organizers wanted us to pre-record the piece; I said “no, we are not doing that.”

It was big news at the time, but it is very small in the orchestra’s history, compared with winning our first Grammy, recording the Korngold, Barber and Walton violin concerto featuring James Ehnes, touring around the world and establishing our own music school.

The population of Vancouver has mushroomed in the last 20 years, with many Chinese residents. Almost every single Chinese family wants their children to learn musical instruments. It is fantastic. We have this wonderful population, which introduces Chinese culture to Vancouver and enriches it enormously.

I believe healthy institutions and orchestras are always more important than any single artist.