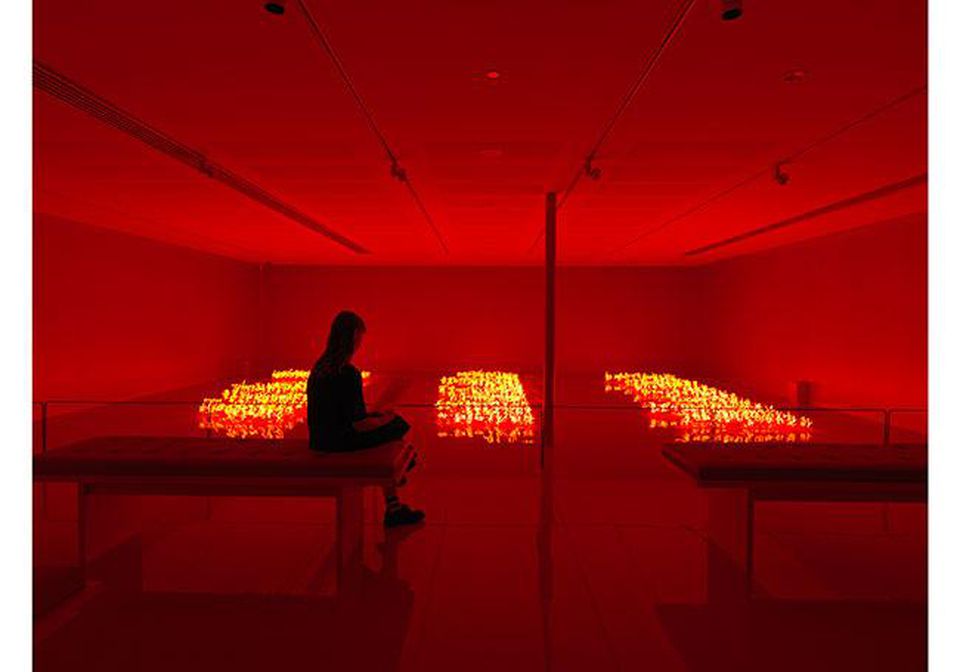 Judith Neilson’s White Rabbit Gallery displays selections from one of the world’s largest and most significant collections of contemporary Chinese art. Zimbabwean-born Neilson, a former graphic designer, was first inspired by the creative energy and technical quality of a wall sculpture of fantastical creatures by Wang Zhiyuan, tucked in the storeroom of a Sydney art gallery. Wang became a family friend and introduced Neilson to some of China’s best 21st-century artists when she traveled to Beijing in 2001. Neilson describes that art as “bursting with ideas and energy, vibrant, often humorous, imaginative, technically superb and utterly compelling.” She was hooked.

When she ran out of space for her collection, she and her then husband, billionaire Kerr Neilson, the cofounder of Platinum Asset Management, opened the White Rabbit Gallery in 2009 in Sydney. It’s named for a white porcelain figurine of a girl holding a rabbit, one of Neilson’s earliest Chinese pieces. The four-level converted warehouse in Sydney’s inner southern arts hub, Chippendale, was once a Rolls-Royce service depot, and includes a library and Chinese teahouse.

Neilson, a billionaire in her own right thanks to a large stake in Platinum and a growing property portfolio, is the gallery director as well as cofounder. Her collection has grown to more than 2,500 works by 700 artists, including Ai Weiwei, Yang Fudong, Qiu Zhijie and Liu Xiaodong. Nearby is Neilson’s next major arts project, the Phoenix Gallery & Performance Space, due to open at the end of 2018. 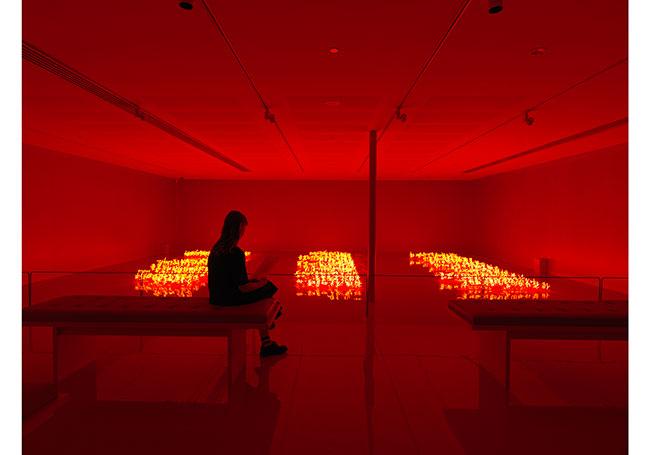 This work renders in neon lights a poem written by a friend of the artist who was under the influence of opium. When he first read it, Shi Yong says, “I was deeply, irrationally drawn to the words.” 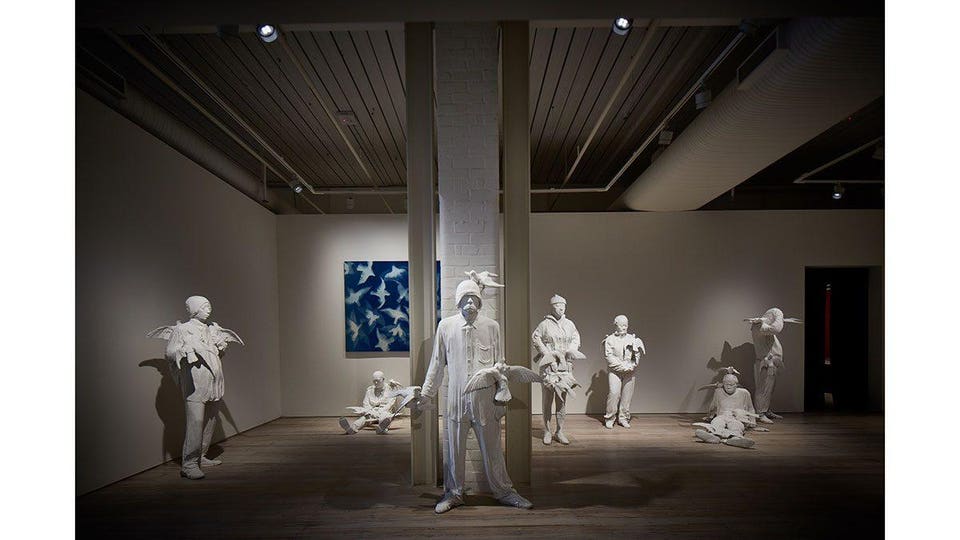 In a series of pieces inspired by the 1989 Tiananmen incident, doves settle on the limbs and heads of white sculptures of migrant workers. In these works the workers’ eyes are closed, their expressions pained or stoical. 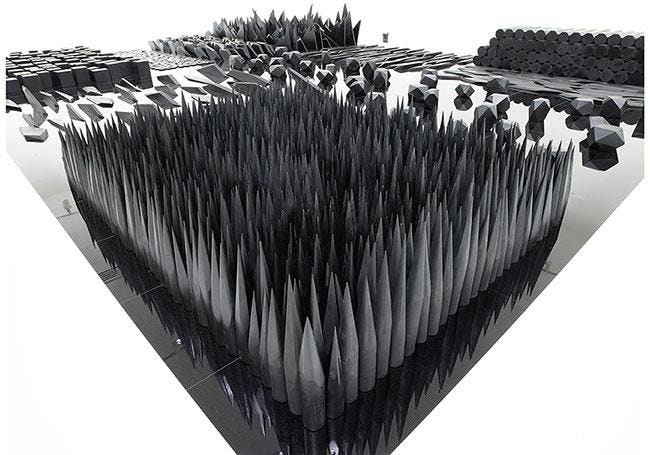 Made by hand-cutting, shaping and sanding the hundreds of objects in the dark tableau, “Grinding” was a three-year-long exercise in “insanity,” Yang Mushi says. For all its hard edges and barbaric spikes, his meaningless anti-landscape has an air of harmony and calm. 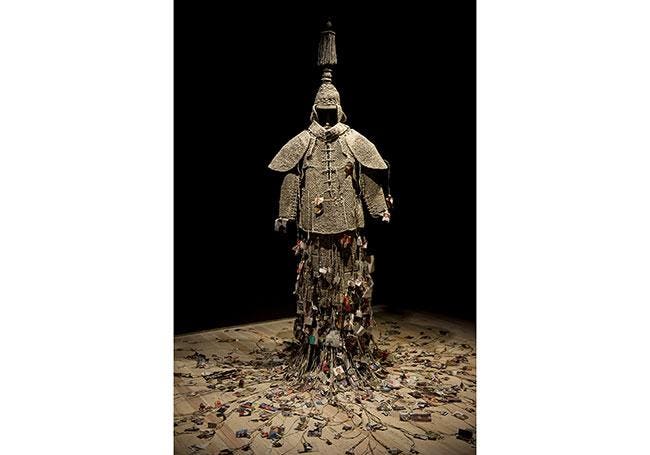 This work is a copy of the armor of Qing dynasty emperor Kangxi, knitted from newspapers. It symbolizes the power of the ruler, which was believed to pass into every object he touched. Not only is it now soft and colorless, but its underskirt is unraveling. 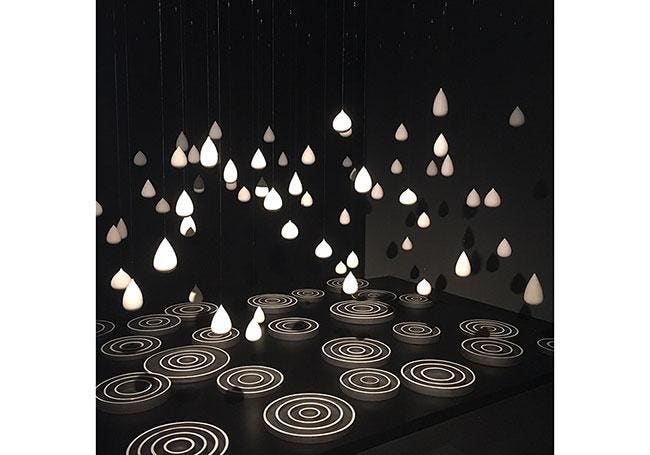 In Water Drops, Kung Wen-Yi and fellow ceramic artist Ko Yu-Cheng (each made half the work) celebrate rain as analogous to the creative imagination. Just as water is the universal solvent and the source of life, they say, so the imagination is an all-embracing source of ideas. 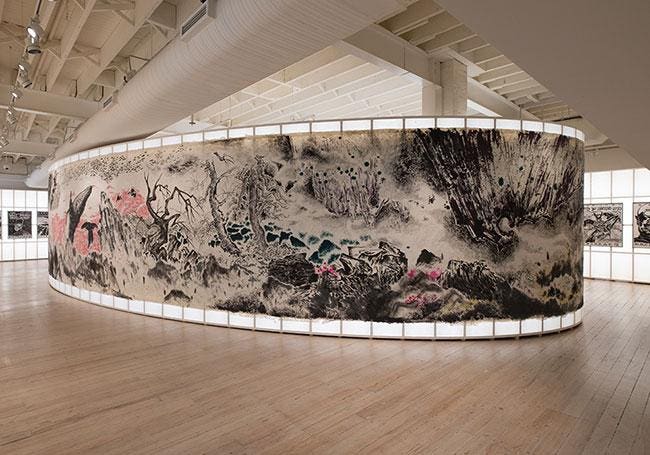 His invented nation-state of Jing Bang (“Whale Nation”) will, he says, emerge briefly from beneath the ocean before sinking again, vanishing like Manchuria, the USSR or Yugoslavia. Republic of Jing Bang (2013) contains 49 separate, individually titled artworks, including a scroll more than 30 meters long depicting an enormous whale thrusting its body through sinuous curling waves. 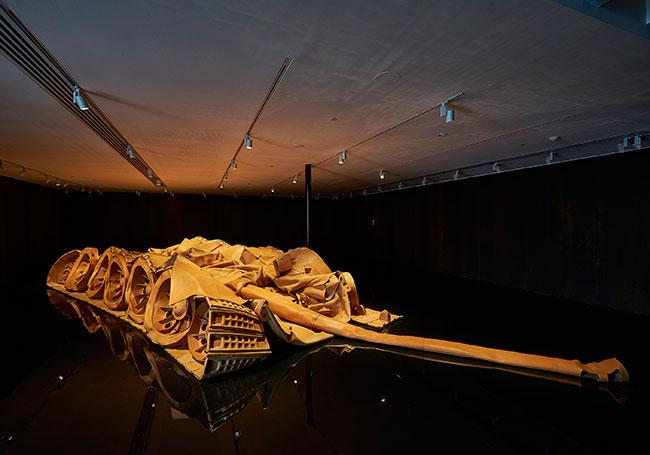 Painstakingly sewn by an army of women trained by the artist, the military machine is a life-size replica of a Soviet-style tank stitched from over 400 pieces of fine Italian leather. 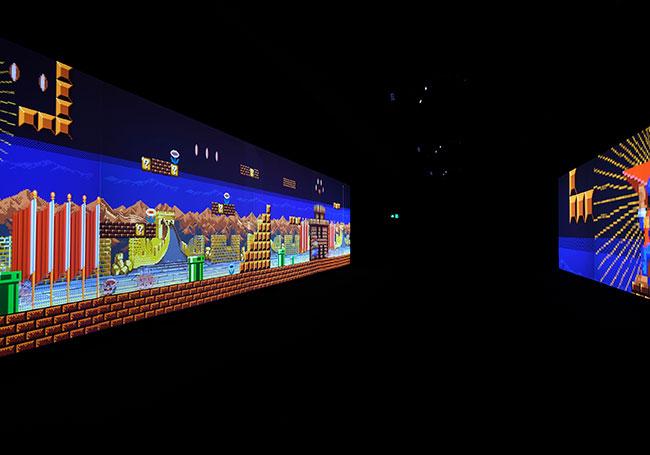 This is a live video game that mixes elements from classic games like Super Mario Brothers and Street Fighter with imagery from communist propaganda.