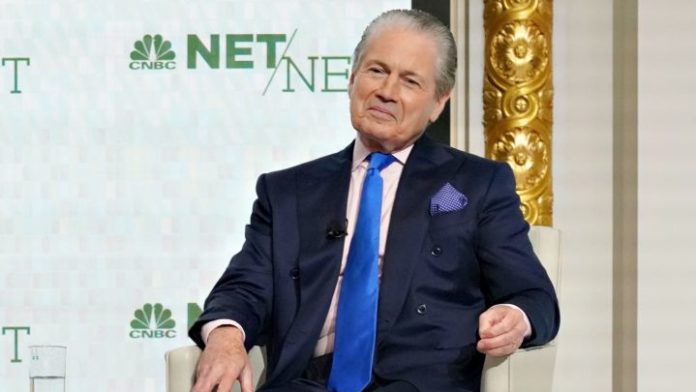 One of the world’s top art collectors said the art market is unlikely to cool or crash anytime soon, due in part to soaring demand from new museums in China.

Bubbles and busts are nearly impossible to predict in any market, said J. Tomilson Hill, the vice chairman of Blackstone, who is about to open the Hill Art Foundation private museum in New York. But he said the art market will be fueled in part by China, and the thousands of new Chinese museums that are slated to open in the coming years.

“In 1949, when Mao took over China, there were 25 museums in China,” Hill told CNBC during its Net/Net Conference. “Do you know how many museums there are in the United States today? 35,000. There are under 7,000 museums in China but they’re growing at between 500-1,000 museums a year. So there is a massive demand for interesting things to either look at, to talk about.”

The push is part of China’s efforts to not only become the world’s economic super power, but also to become a cultural force on par with the U.S. and Europe. New museums in China have been willing to pay astronomic prices for trophy works.

Liu Yiqian, a former taxi driver turned billionaire in China, paid $170 million for a Modigliani painting at Christie’s in 2015. The painting was purchased for one of his two museums in Shanghai.

The Chinese government is also requiring many new real estate developments to build museums as a condition to get government approvals. That will create demand for art for years, as China’s building boom continues. Last month, Sotheby’s racked up sales of over $466 million at its Hong Kong sales, including a $65 million painting that broke a record for Hong Kong.

Hill also said that art remains an attractive asset for the global rich who want a store of value they can take offshore, or use to avoid taxes. The massive amounts of art piling up in duty-free warehouses in Singapore, Hong Kong and Switzerland are a sign that the rich are using art as a way to offshore their wealth, he said.

“If you’re looking to avoid taxes, the art market is a pretty good way to do that,” he said. “And it’s really hard to track.”