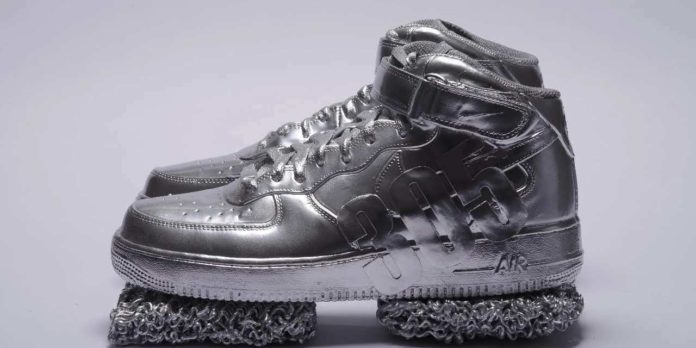 Zhao Zhao, who is originally from Xinjiang, works primarily between painting, sculpture, and installation, zoning in on individual free will in the context of a controlling state apparatus as a central theme. For his new project, entitled 305, he put together an instant noodle-themed trap song produced by veteran beatmakerSoulspeak — an artist who shares dual roots in LA and Beijing, being a regular collaborator with Beijing rapper J Fever — and a “mystery rapper” repeating the line: “Instant noodles are just art / art is just instant noodles.”

What appears on the surface to be a somewhat puzzling (if pretty amusing) gag has a deeper meaning for Zhao, who writes that the project’s title, 305, was his cell number at a detention center in Beijing. (Zhao started his career as an assistant to politically outspoken artist Ai Weiwei, and has had multiple brushes with Beijing authorities in recent years.)

The 305 project so far consists of the trap tune above, as well as a “maybe they’re joking, but probably not?” Nike Air Force 1 collab done along with hype streetwear magazine Yohood. Zhao says that the project overall is designed to provide a running commentary on the cheap, everyday fuel that feeds China’s ongoing process of urbanization and ascension on the global stage, writing:

If this sounds like something you want to rep, head over to 305’s WeChat store, where you can pick up those metallic AF1’s pictured up top for about 700USD, or a packet of just the noodles for 15USD if you’re on a budget.