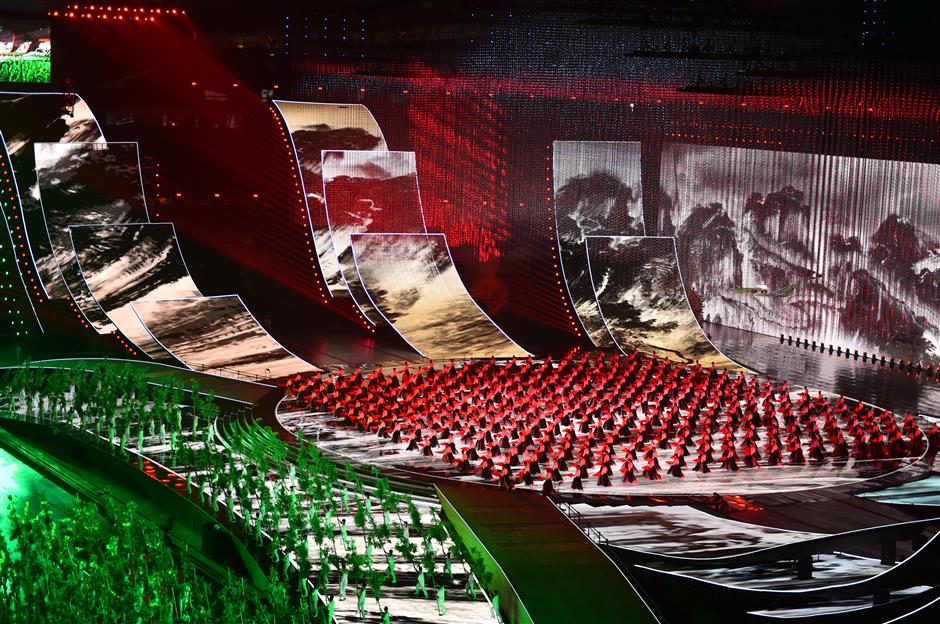 The Asian Culture Carnival announced itself in spectacular fashion at Beijing’s National Stadium on Wednesday night with a sensational performance of song and dance highlighting the continent’s diversity.

Artists from China, India, Syria, Greece and Peru all sang in their mother tongue while dancers from several Asian countries illuminated the National Stadium stage and wowed a thrilled audience.

Carnival director Yang Dongsheng said the spectacular is unique in its scale and diversity.

“The majority of the programs were performed by artists from different countries and regions. It’s not a simple patch-up work,” the director said.

“We tried our best to present an organic integration of art and culture to reflect how different civilizations interact, engage and coexist with each other.”

Shanghai is to co-host the Asian Film and TV Week while the nearby Hangzhou is to serve several mouth-watering events for the Asian Cuisine Festival. 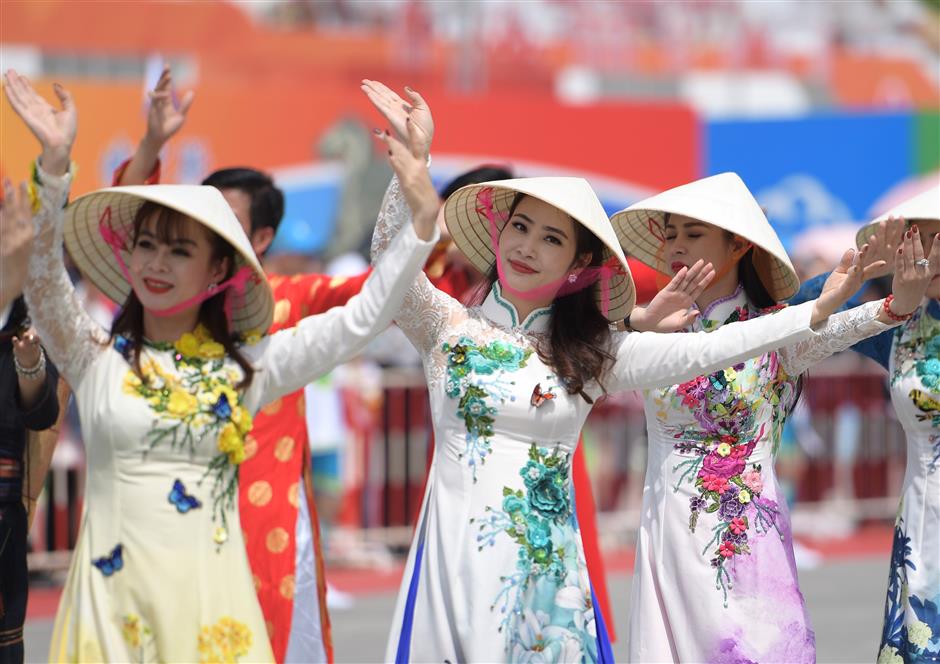 Actresses from Vietnam perform during the Asian Civilization Parade in the Olympic Park in Beijing on Thursday.

For those in Beijing, two daily Asian Civilization Parades — at 10am and 4pm — will be held at the Olympic Park Avenue till Wednesday, featuring dozens of famed artist troupes from both home and abroad.

Visitors can also get a taste of Asian food at the nearby Olympic Park. Free tickets must be booked at www.damai.cn in advance as only 13,000 visitors can enter every day.

“It is one thing to get a glimpse of the shows from TV or pictures but it’s a completely different feeling to see it all in one sitting,” said Yang Yanlin, a Beijing resident.

“I have visited many European countries, and only just realized how little I know about my Asian neighbors. I knew almost nothing about Lebanon but their stage performance felt both remote and familiar. It’s quite nice to see more shows and events from these places.”

Sixty Asian films, featuring both classics and the latest blockbusters, are being screened in Beijing, Shanghai, Chengdu, Guangzhou and Xi’an until Thursday.

“The Spider Cave,” a 1927 Chinese silent film based on a section of the “Journey to the West,” was the nation’s first fantasy movie. The motion picture has been modified with a new composed score.

Other classics include Iranian director Majid Majidi’s 1997 drama “Children of Heaven,” which was the first Iranian movie nominated for an Academy Award in the Best Foreign Language Film section.

The plot follows a pair of impoverished Iranian siblings and explores their relationship. It received critical acclaim and won several awards for its unique style and humor.

The comedy plot discusses the burden of a dowry and several other challenges facing lower middle-class families in Pakistan.

It was well received both commercially and critically when released last summer.

Various film salons and discussion panels have been also set up.

They feature famed filmmakers, actors, actresses and critics, such as Chen Kaige, a leading fifth-generation Chinese director; Yoji Yamada, a prolific Japanese director considered by many to have presented the best essence of Japanese philosophy; Indian superstar Amir Khan, who also has a large fan base in China; and Russian producer Fyodor Sergeyevich Bondarchuk, whose musical film “Ice” was a big hit in Russia last year.