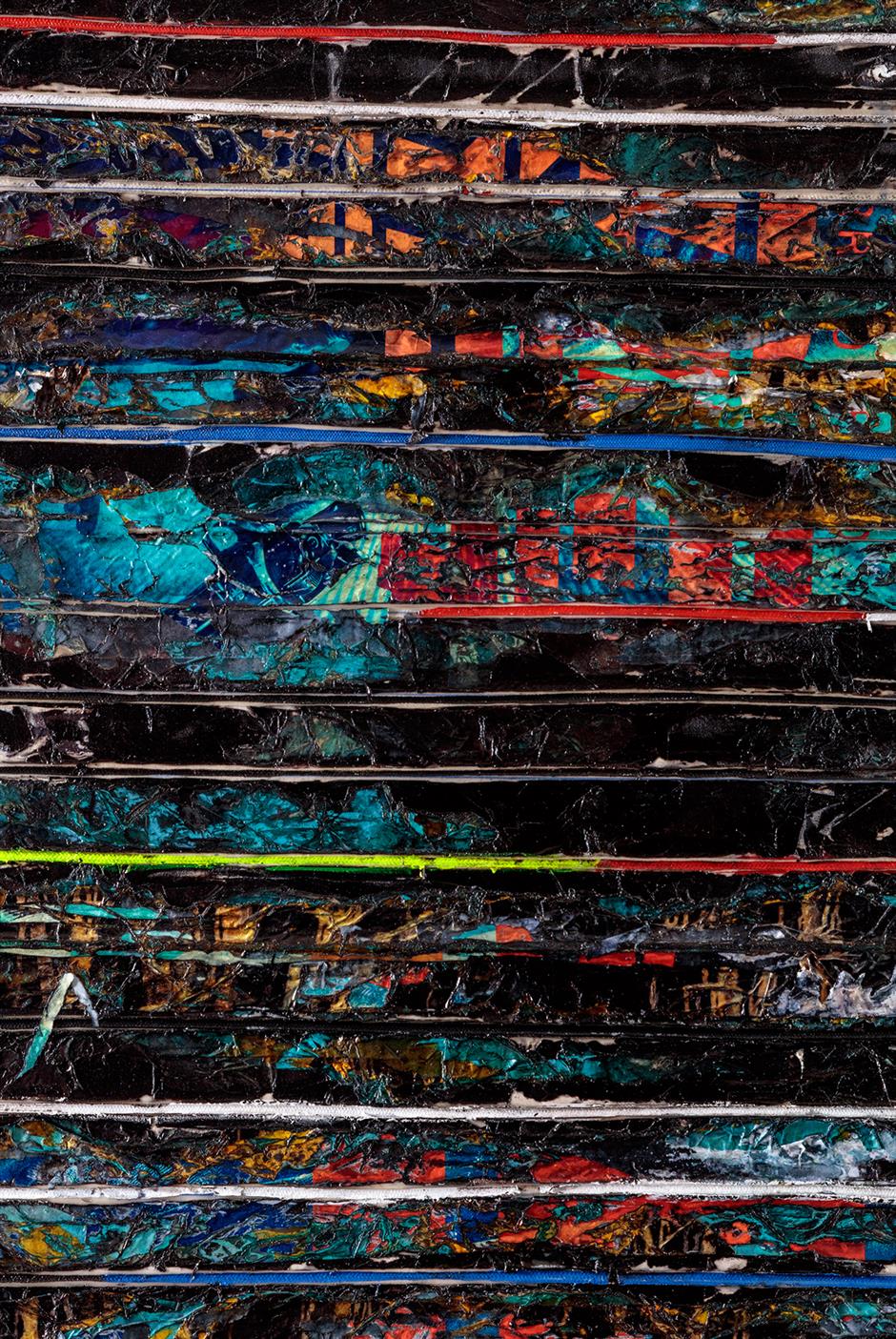 American artist Mark Bradford is exploring the evolution of his nation’s culture with an exhibition at Long Museum (West Bund) through October 13.

The exhibit, “Mark Bradford: Las Angeles,” named after the artist’s hometown and where he continues to live and work, was organized by independent curator Diana Nawi. It is Bradford’s largest exhibition to date in China.

The 57-year-old is best known for his abstract paintings and collage-based works. And, as the exhibition will highlight, Bradford has also developed a robust sculptural practice.

The exhibition utilizes the first floor of the museum to debut his giant sculpture “Mithra,” which is almost 22 meters tall.

Created in 2008, the huge boat-like shape, fashioned from weathered wooden panels salvaged from the wreckage of Hurricane Katrina, is reminiscent of the mythological Noah’s Ark, which the artist conceived for the 11-week Prospect.1 — the largest biennial of international contemporary art ever organized in the United States and the most ambitious art exhibition in New Orleans’ history.

Perhaps partly due to his height, Bradford is 2.07 meters tall, visitors to this exhibition will be immediately taken by the daunting size of the work, while at the same time responding to the trials of a community that continues to live with the devastating aftermath of the 2001 flood.

“Mithra” conveys complicated messages such as hope and devastation, community and conflict.

Born in 1961 in Los Angeles, Bradford is arguably one of the most important American contemporary artists today for the ways his artwork resonates within.

The artist described his practice as “social abstraction,” in that it examines political and environmental conditions that continue to disproportionately affect the most marginalized populations.

He has created a series of works that elucidate issues, such as the AIDS epidemic, the misrepresentation and fear of queer identity, and the systemic, institutionalized racism in America.

Recycling “tools of civilization” — merchant posters, newsprint, comic strips, magazines, billboards and endpapers — many of Bradford’s works are created by layering found materials and pop culture ephemera to fuse social indexes and cultural spheres, a technique he has used since graduating from the California Institute of the Arts in 1997.

He received numerous awards including the US Department of State’s Medal of Arts in 2014. He was appointed as a National Academician in 2013 and won a MacArthur Fellowship Award in 2009.

In 2017, Bradford represented the US at the 57th Venice Biennale with “Tomorrow Is Another Day,” a progression of installations that incorporate themes and figures from Bradford’s personal life in addition to mythological references.

In November of the same year, Bradford unveiled “Pickett’s Charge,” a monumental, site-specific installation for the Hirshhorn Museum and Sculpture Garden in Washington, DC.

In 2018, he was commissioned to create another site-specific work for the new US Embassy in London.

This time in Shanghai, the exhibition will comprise an entirely new ‘‘Float’ work, responding directly to the museum’s unique architecture. Its deconstructed painting strips cascade down 12 meters from floor to ceiling, installed in the central double-height foyer space.

“Mark’s radical approach to painting, through both material and content, has established new terms and possibilities for the genre,” says Nawi, the curator of the exhibition.

“His works are gestural palimpsests of paint, canvas, paper, rope and everyday materials; messily sublime objects that can be read as maps, artifacts, critiques, memorials, and manifestations of presence. They offer a striking interplay between form and surface, and notions of identity, site and history.” 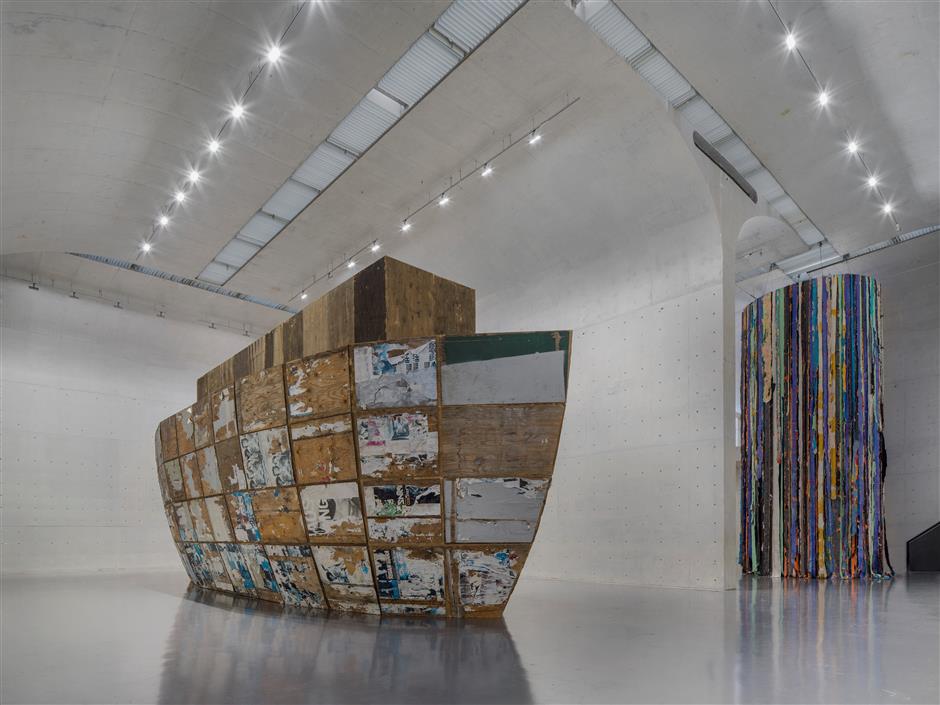 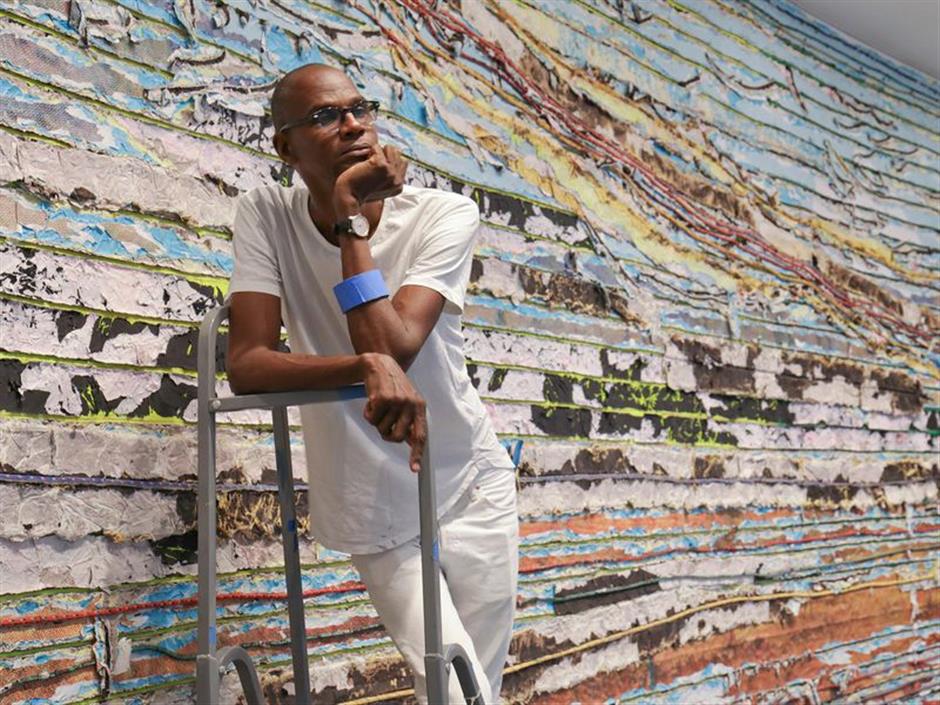