When mentioning Li Shan, local art lovers might immediately think of the images of bizarre-shaped animals or therianthropy — or shapeshifting.

In fact, if one doesn’t have any idea of genomes, DNA or genetic editing, then Li’s artworks are difficult to decipher.

Li, a renowned avant-garde pioneer in the exploration of BioArt, rose to early fame in the 45th Venice Biennale in 1993 as one of the first contemporary Chinese artists.

“Decoding,” his solo-exhibition including painting, photography and video art, will be showcased from tomorrow at ShanghART.

Born in Lanxi in Helongjiang Province in 1942, the artist graduated from the Shanghai Academy of Drama in 1968. He completed his first BioArt project. “Reading,” in 1998, and life science has always been his favorite subject.

Li is interested in replacing and recombining genetic traits across species and genetic editing. He believes in the supremacy of Biologism which is shown in his works — life always remains free and diverse.

In “Decoding,” Li alludes to unfold the double helix structure in genomes, which could be humanly interfered with through reading, writing and editing.

Out of the pictorial presentation of imagined life objects, Li depicts the scientific form of genome in an artistic way in nine different-sized paintings at the exhibition, and two video works about genetic editing in a display on the second floor.

For example, “Writing” demonstrates the process of genetic transcription and translation. By changing the information carried by DNA, the protein structure is mutated during synthesis and forms a new species.

Undoubtedly a pioneer in BioArt, the 77-year-old’s works stand out among his peers.

His works have been exhibited in many significant exhibitions such as PSA Collection Series: Li Shan in 2017, and Extension Expansion at the MoCA@Loewen in Singapore in 2014. 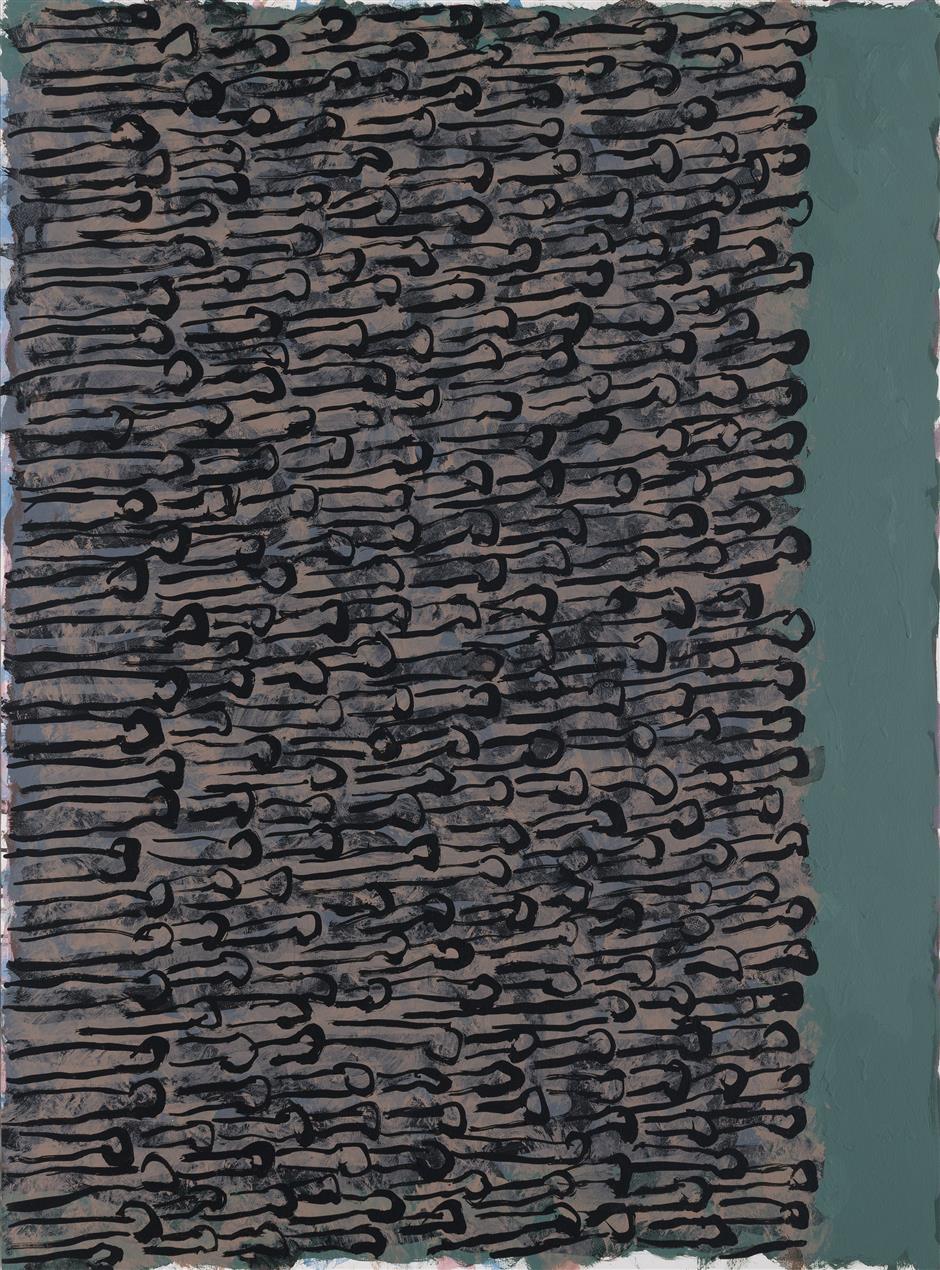