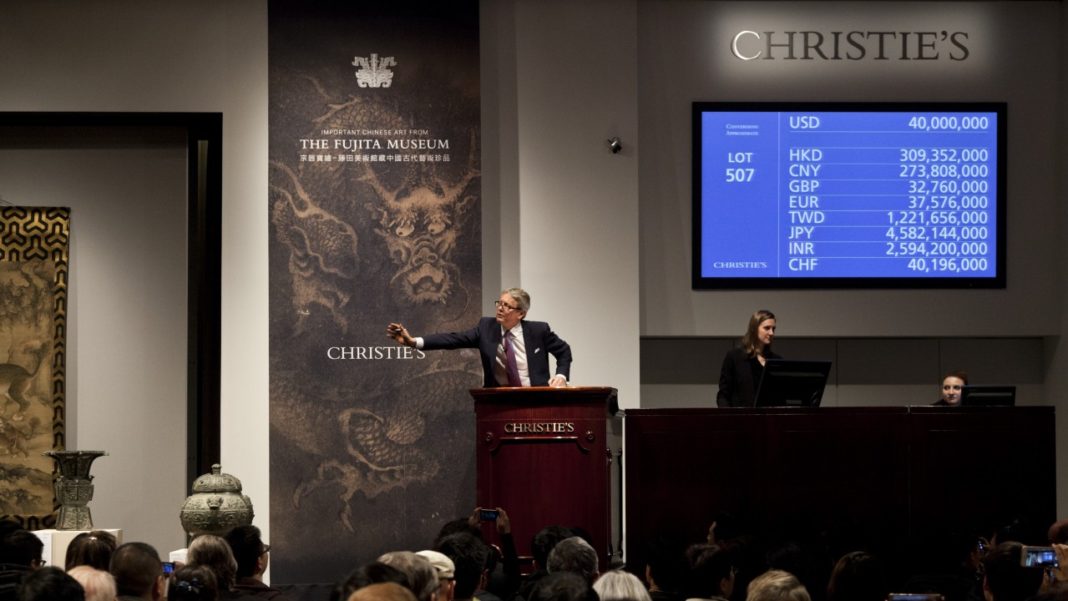 Threat of 25 per cent tariffs on Chinese paintings, sculptures, collect­ibles and antiques to be discussed at public hearing in United States.

Artists have been among the most voci­ferous critics of the current United States administration. Now, they have been joined by those who buy and sell art.

Dealers are dismayed by Washington’s plan to impose a significant tariff (the latest suggested figure, at the time of writing, being 25 per cent, up from 10 per cent in July) on Chinese paintings, sculptures and collect­ibles, as well as antiques more than 100 years old, as part of President Donald Trump’s trade war, and they plan to take their objections to a public hearing in Congress.

Why the fuss over a niche market that the US Department of Commerce calculated to be worth US$280 million last year?

First, the actual sales of Chinese art in the US are greater than the official figure. The recently published “Global Chinese Art Auction” report, by art-market website Artnet, and the China Association of Auctioneers put the total last year at US$406.4 million. Most of what was taken into the US were antiques and the figure does not include art bought privately through galleries or otherwise.

A major factor in the discrepancy is the fact that the Department of Commerce excluded items that were not imported directly from China. For example, it clearly did not count Japan’s Fujita Museum’s New York auction of some of its world-famous Chinese art collection in March 2017. That sale alone, which included paintings that once belonged to Qing emperor Qianlong, fetched US$262 million, including commissions charged by Christie’s.

That does not mean that the application of the new tariffs will adopt the same approach. Auction houses tell The Collector  they fear a broad application of the “country of origin” rule. A blue-and-white Ming vase that was made in China, albeit centuries ago, may still be counted as an import from China for tax purposes.

“We understand imports of property of Chinese origin into the US from other countries or Christie’s sale sites are also potentially subject to an increased tariff,” a spokesman from Christie’s says.

That may discourage overseas collectors from selling in the US and see more trade move from New York to, say, Hong Kong. To take part in a US auction, the overseas consignor would have to post a customs bond upon the shipment’s arrival and then ask for a refund if the items fail to sell.

“As Asian buyers have become the most dominant group of buyers of Chinese art, and hence also the most important group of potential future vendors, any financial hindrance, should such be applicable, to consignments from overseas, is likely to diminish in the mid- to long-term sales of Chinese art in the US,” says Asaph Hyman, Bonhams’ global head of Chinese art.

Details on how the tariff will work are fuzzy, however, and according to art-market economist Clare McAndrew, the US could adopt something like the temporary-admission scheme in Britain that waives taxes on overseas artwork unless they are sold.

There are those who fear the non-material cost of the tariff more. James Lally, former president of Sotheby’s in North America and an independent dealer in Chinese art since 1986, says any tax on art is detrimental to “the free exchange of ideas that is core to a democratic country”.

He also does not see why antiques are targeted when Trump’s goal is to improve US business competitiveness. “Chinese antiques don’t compete with anyone in the US. Nobody makes antiques, after all,” he says.

It also makes little sense to “punish” China by doing something that the Asian country approves of. “What they propose as a punitive measure in a trade war with China is nothing but good news to China, since it bans the export of cultural relics made before 1911.”

In fact, mainland China lowered its own import tax on art and related objects last year, presumably to encourage the repatriation of cultural products given that so much of the nation’s treasures have been looted or sold overseas over the years.

Any financial hindrance, should such be applicable, to consignments from overseas, is likely to diminish in the mid- to long-term sales of Chinese art in the US
Asaph Hyman, global head of Chinese art, Bonhams

Contemporary art will also be affected, and America has a large number of collectors of Chinese art. Gallery owner Pascal de Sarthe told website Artsy last month that Chinese artists may be able to bypass this by working in the US in short-term residencies. Others expect serious collectors simply to swallow the extra cost. Nobody complains about the import tariffs in Europe, after all, though those are substantially less than what Trump is proposing, says Daniel Eskenazi, an antiques dealer and artist based in London.

And anyway, all this may not come to pass. The US International Trade Commis­sion’s public hearing will consider written objections to the tariffs, and it has been known to change its mind.

At the end of the day, the bigger concern for the art market is whether – if everyone is suddenly poorer because of a massive trade war – collectors the world over will still have the means to buy as much as before.