When Hao Shiming started to paint on stone two years ago, he thought the shift from painting on paper and silk to rocks was a whim that would pass.

But rooted in traditional Chinese culture, he became more passionate about painting and carving on stone – a medium that allows him to communicate with nature. 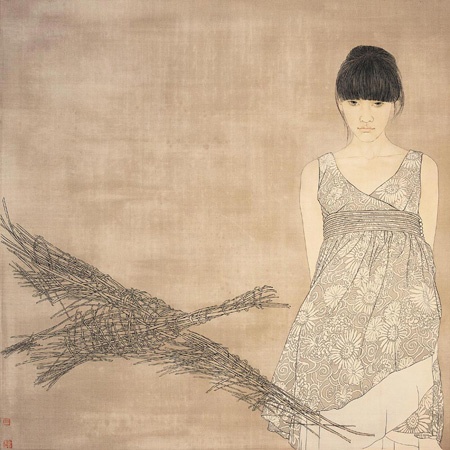 Hao’s latest exhibition, which is ongoing at the Hadrien de Montferrand Gallery in Beijing, displays the stone works and ink paintings in his signature abstract style derived from Chinese calligraphy. His Daguan series is inspired by the book Notes of Duggan Period that collected many works by well-known calligraphers such as Wang Xizhi of the Eastern Jin Dynasty (317-420).

Hao has painted the rocks in abstract patterns, which are formed by using strokes from Chinese characters.

Practicing calligraphy is a daily routine for the ink painter who graduated from the Tianjin Academy of Fine Arts in 2000. He says calligraphy has been away for Chinese artists to explore the relationship between humans and the larger world since ancient times. 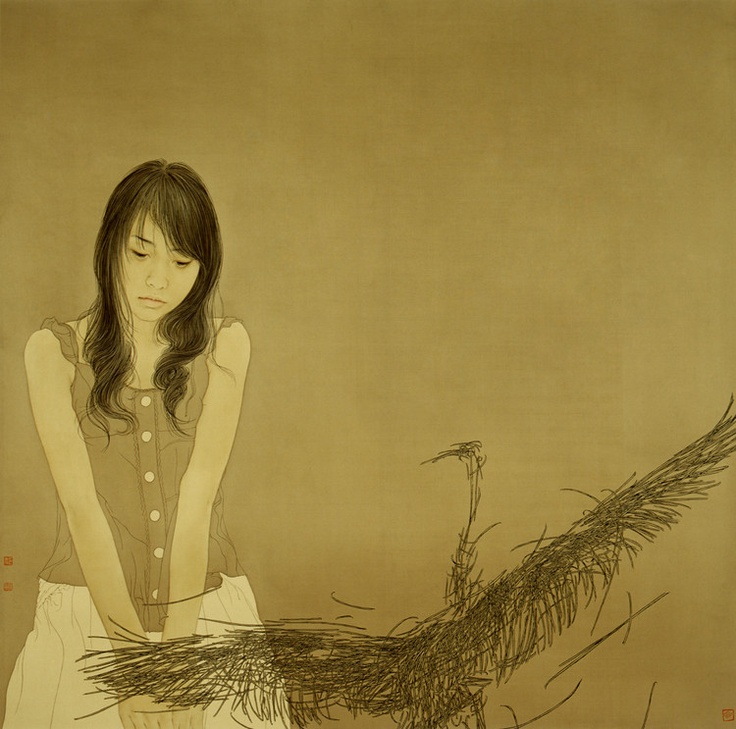 “It’s a kind of spiritual experience for me to get connected with our traditions,” says Hao, 41.

Talking about his painting on stone, he says it’s as natural as primitive men carving on walls in caves. In Chinese art history, many were interested in rocks. Some liked to make lake stone sculptures and many, especially the literati artists who are adept at painting, calligraphy, and poetry, usually depicted stones in their paintings to express their opinions about nature.

“Just like silk scroll and rice paper, the stone is another kind of medium for me to communicate with nature,” says Hao.

His artwork involves highlighting the beauty of rock shapes by carving on them. He collects rocks from nature such as rivers. In fact, Hao says, finding stones in rivers has become his top priority now. Whenever he visits a place, the first thing he asks locals is the direction of a nearby river if there’s one.

When Hao came to Beijing for the opening of his show in January from the city of Wuhan in Hubei province, where he lives, he went to find rocks. His several hours of looking around a stream in suburban Beijing led a security guard from the neighborhood to stop him and inquire about his motives. He has faced similar questions in other places, he says.

Sometimes, he finds nothing even after a whole day’s search along a river, while at other times, he finds several pieces quickly. He often stays at a riverside for days to select his ideal rocks.

To some people, many rocks may look the same.

“It needs a great deal of practice and an aesthetic instinct to tell which rocks are good for my art,” says Hao.

He says being a Chinese ink painter doesn’t mean he is out of the contemporary art scene. What he represents is an exploration of Chinese art’s integration with contemporary art.

Li Mengmeng, a staff member at HDM gallery in Beijing, says when they present Hao’s work at art fairs outside China, it draws foreign buyers because they can understand the abstract patterns while being impressed by the traditional art form.

Hao’s works have previously been exhibited at the National Museum of China, the Shanghai Museum and Today Art Museum in Beijing.