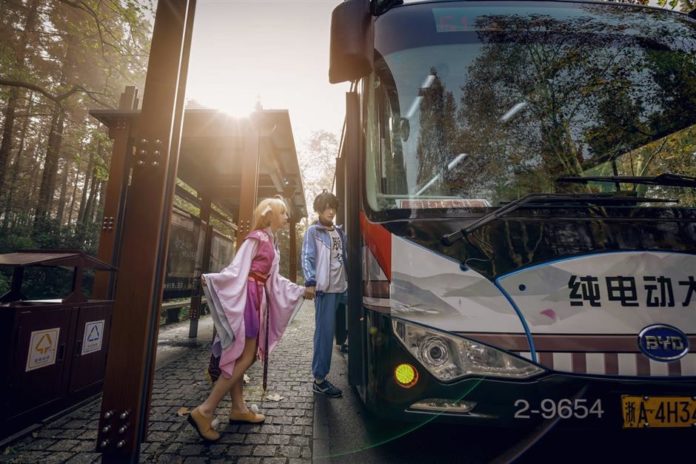 An anime-themed bus route tracing the eastern side of West Lake has been launched by Hangzhou Bus Group in cooperation with Internet giant Tencent.

The Bus No. 51 is painted with images from domestic cartoon series “Huyao Xiaohongniang” (狐妖小红娘) to advertise the city’s animation industry. The main character, Tushan (涂山), is to be the face of Hangzhou buses.

The cartoon series was created in Hangzhou. In the past years, the local government has offered preferential policies to support the development of the anime industry and attract cartoonists to the city. One of them was Tuo Xiaoxin, the designer of Tushan.

Tuo said he had been inspired by the Tushan Hill in Zhejiang Province when he designed the character. The story tells of how a fox becomes a matchmaker to help people find love.

Hangzhou enjoys a romantic ambience since the city has widespread ancient love stories including “Legend of White Snake” and “Butterfly Lovers.” Tuo’s story is based on traditional love legends and modern conceptions, matching Hangzhou’s characteristics and requirements for cartoon industry development.